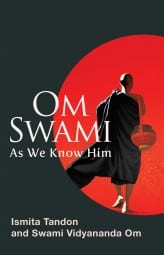 Om Swami: As We Know Him

Everything I thought to be true about life, its meaning was challenged after meeting Swami. It was reduced to dust. Soon I had to admit that there were things far beyond the scope of my rational mind.

What is it that draws one to a mystic? What is it like to know at close quarters a man whose powers are beyond the conscious mind? What does it feel like to be fulfilled spiritually, to feel understood, to stand revealed?

As Ismita Tandon and Swami Vidyananda Om explore their feelings for Om Swami, their baffling experiences with him, a secret world of mystical phenomena lights up. They talk about the intimacy of their daily lives with Swami, observing his sheer power, his simplicity, his empathy for every living creature he encounters and the care with which he chooses every word he speaks, no matter how big or small the matter. They speak of his beauty, his divinity. 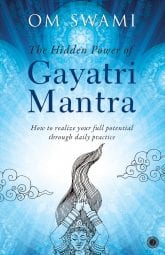 Step into your super consciousness to realize your dreams and goals! Found in the Rigveda, Gayatri mantra is one of the most important and powerful Vedic mantras even today. Since ages, seers and householders have used its sublime energy to … Read more → 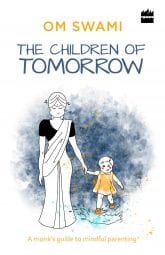 The Children of Tomorrow

“I realize now more than ever that the future of our world rests entirely on our children. On their tender shoulders rests a great nation, a baffling world and a beautiful planet. It is, therefore, my dharma to share what … Read more → 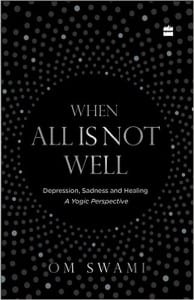 When All Is Not Well

‘I’ve heard so many people tell those who suffer from depression to just “cheer up”. Do they really believe it’s that simple?’ Depression isn’t just sadness. It is misery. It is both pain and nothingness. People don’t ‘have’ depression, they suffer … Read more → 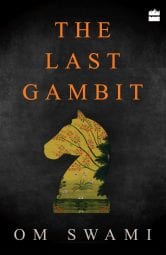 Vasu Bhatt is fourteen years old when a mysterious old man spots him at a chess tournament and offers to coach him, on two simple but strange conditions: he would not accompany his student to tournaments, and there was to … Read more →