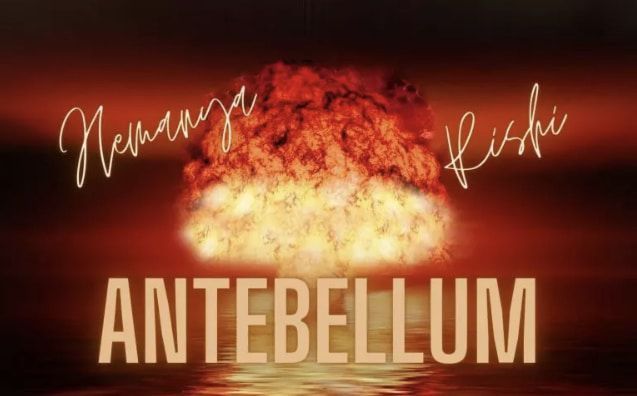 You can read the previous part here: Part 5

The sky had turned a dull blue with streaks of neon pink, lightening the atmosphere like no other. The light seemed to bounce off people’s teeth and hit Gibson in the eye as he widened them to keep awake and a grin formed across his face. The mission had been a success, and it had been a success with him being alive.

Alive. The most coveted word to be heard from the mouth of any fellow acquaintance nowadays. And he, Gibson, was alive.

He touched his forehead where a small bruise had started to form. He had obviously made sure that he was safe, but it wasn’t possible to be in the army without your fair share of bruises. In the past three years, Gibson had acquired many, big and small. So had the others, and all those scars seemed to burn in all their pride as the soldiers smiled at Gibson and his squadron. They had perched out their tents, surrounding a crackling bonfire. With the few rations they had, they had managed to celebrate a little, allowing each soldier to partake a little more than they usually did. Anecdotes passing all around, Gibson shifted in his seat as he remembered they were pretty much as likely to be bombed by soldiers in the sky as those on the ground were when they bombed them. No negative thoughts, he told himself.

‘Oi! Captain, what do you want to be written on your tombstone?’ Jack, a member from his squadron called out.

The captain was shaken back to reality. He raised his eyebrows as the question seemed to strike him in all its intensity. ‘I haven’t thought about it.’

Gibson slipped his hand into his pocket and fingered the photograph. He didn’t want to lie, but how odd would it look if he began emotional talking in the midst of a discussion clearly meant to be joyous and jocular?

‘I was thinking about- “It’s dark down here.”’ Gibson laughed a little, as much as his energy allowed him to do.

Gibson was exhausted, and he was happy. But his eyelids were drooping and although he enjoyed the bonfire and the talks and the congratulations, he needed his sleep. Beauty sleep, as his daughter called it.

‘It’s been a long day. I’m going to rest a little, now.’ Gibson’s commanding voice swept over the rest of the soldiers.

‘Aye, aye, captain.’ Gibson shook his head, partly expressing pretended disappointment and partly true sorrow- his passed ‘superman’ comrades had been just like Jack. He just hoped he won’t have to read his last words from a newspaper too soon.

Gibson was used to a hard life as a soldier through their intense training, and the bedding seemed as soft as the clouds as he lay down on it, zipping his tent shut. He took out the photograph of his daughter, stared at it, and then sighed and kept it aside. Tired as he was, he lay almost wide awake in the dark before he grabbed the radio and put on some news.

‘North Farcia is in blazes as bombed by Captain Gibson and his squadron-‘ he changed the radio. The last thing he wanted when tired out was to be scolded by a journalist.

‘North Amer-‘ Gibson switched it, before remembering his basic alphabet and realizing the news was something about North Americana, not Farcia. He put it back on.

‘- was in blazes as well. It’s a historical day, the severe bombing of two places in one single day, causing immense damage.’ Gibson shut it and sighed. As soon as he did so, he could hear the chatter of his squadron outside about the attack in Americana.

He imagined tall buildings on fire, people screaming. Another city in ruins. It wasn’t too hard to imagine considering he had seen it all during the morning. Gibson felt like he was in a nightmare, a nightmare much worse than the one he had got yesterday. At least he had fallen to the ground completely. This time, he seemed to be laying on the ground, but his heart was sinking into his stomach, Two different continents, two different countries. Had it been only hours since the strange dream of his?

What was next? Who even is safe at this point? Gibson thought about his daughter. Any city was likely to be bombed, and the chances of the survival of almost every citizen were the same. He shook his head. He could be literally bombed tomorrow.

He sighed as he thought of Madagascar. I can’t keep you safe from the bombing, that’s true, he thought. But I will protect you as much as I can, with my life. That I can promise.

He picked up the picture from the floor beside him and slipped it in his jacket once more. It was there to stay.

You can read the next part here: Part 7

Fire And Ice
Support This Author