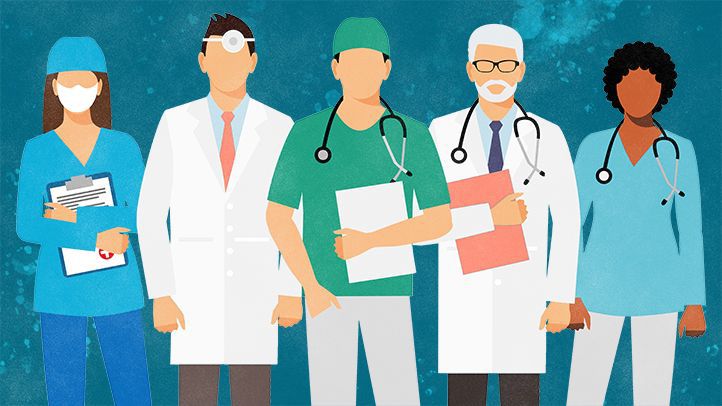 Are Doctors Always Hankering After Money?

Hear all about a doctor's life from a daughter's perspective.

Divya ji’s recent post ( Here’s the link to her post: https://os.me/short-stories/doctors-are-humans/ ) on doctors prompted me to write this one. This is not a preachy post but an account of some personal experiences to give you a glimpse at what goes on in a doctor’s life. And this is only the parts I know about, I’m sure there are many things he left unsaid and I don’t know about them.

My father is a well established practicing pediatrician and an associate professor at a govt. medical college in West Bengal. But things are rarely ever hunky dory in a doctor’s life.

When I was a child barely 2 years old, my father used to prepare for his PG entrance along with being a doctor at a rural govt hospital (it was some compulsory posting or something). I don’t remember much about those times of course, but I’ve heard the same stories countless number of times. Powercuts (a common thing in rural areas) or water dripping down from the damp ceiling during rains couldn’t stop my father from studying tirelessly for this exam. My father used to lock himself up in a room and study. I was not allowed to go in his room when he was studying. Before going into his study room, my father would often say to me,”I’m not your baba now, I’m sadhubaba. Please don’t disturb me”. His academics were his sadhana. Finally he cracked the PG exams and got into pediatrics dept in a govt college in Kolkata. We came back to our home.

But that was only the beginning of inhuman working hours and endless night shifts. On a few occasions, he would come back home after 2 days from the hospital. And as my father recounts, on those days, he wouldn’t have any strength left in his feet to board a bus and get home. He managed to get home somehow and he would sleep for the entire day. My father was never home during festivals. I always knew, from my childhood, that diseases don’t take holidays so neither do doctors. Even during durga puja(a huge and very important festival in west bengal), my father had to work night shifts and did not come home for an entire day. It is only later on, when he got promoted to senior posts that he did not have to do night duties anymore.

People think doctors don’t have any feelings towards their patients but they could not have been more wrong. I’ve always seen my father(even after coming home) worry about babies whose conditions are particularly serious and he would often call the hospital to keep tabs on them. When my father talks about a baby who died (20 years ago) under his care due to a fatal disease , his eyes still wells up with tears.

I haven’t seen my father take a single penny from anywhere else other than his visiting fees. (Most doctors do NOT have tie ups with laboratories and they gain nothing from telling patients to get some tests done.) There have been several instances where my father have asked patients to visit him at the govt. hospital he works in (check ups are done free of cost in govt. hospitals) because patients could not afford his visiting fee and yet wanted to get their baby checked by him.

Yes, I live a materially comfortable life thanks to my parents. But this comfort comes from hardwork and not from robbing people. Doctors in India are overworked and underpaid. The last thing they need is to be called murderers or thieves.

I don’t want to make this post any longer. I hope I was able to give you a little glimpse of what goes on behind the scenes. Thank you for reading this post and giving me your precious time. See you soon! 😊