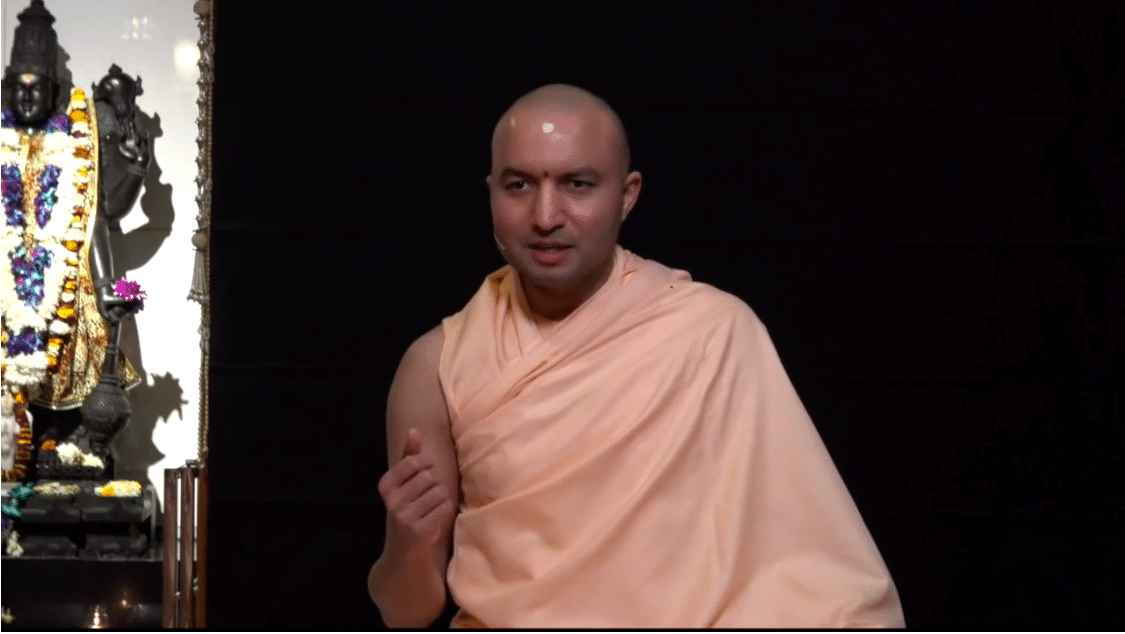 Now, hiding something without uttering words on that topic, that comes under “Mithya-Bhaav (False Emotions)“. An example of this is that of Yuddhishthir, when he said “Ashwatthama is dead!”. He very well knew that it was an elephant who was killed. But, he spoke those words in such feelings/emotions to Dronacharya, that Dronacharya thought that it was his son, who has died, whose name was Ashwatthama. By the way, how surprising it is that Dronacharya named his son on the name of an elephant, how much could he have eaten! Whatever, let’s leave that to them.

So, that comes under “Mithya-Bhaav (False Emotions)”. Yuddhishthir quietly declared “Ashwatthama is dead”…”elephant(whisper)”. But, Dronacharya didn’t hear “Elephant”. Dronacharya was overwhelmed with sadness of losing his son. Such an incident is an example of “False Emotions”.

Third is “Mithya-Aacharan (False Behaviour)” ie. “What we are not, we present such a picture of ourselves in front of society”! Example – There was an incident where, a saint was sitting in snowy environment, and photos of him were being clicked. He was posing himself for the photographs, in yogic posture, with beautiful beard(which was real by the way), as if he was an awakened being! And the person sitting next told that as soon as the photo got clicked, this so-called saint ran so swiftly back to the cave, that what more to say!! He was feeling so cold, that he had to drink some other beverage also, apart from tea!! (Laughter). All such arrangements were there! And, I am saying only those things which I was told by the other person. So, for society’s sake, that photograph was sent, which had that saint posing in his Yogic posture, with all seriousness, so that people can say “See, how illumined this saint is! He is sitting in snow, without wearing clothes!”.

This is what happens, isn’t it? When we were young, when we used to see pictures of such saints, we used to feel “Wow, how illumined and awakened they are!”. Because, in such cases, we have changed the very definition of “Awakened/illumined”. You only see, who are the people in our society, for whom we have high regards? A person who takes to ochre robes, we start bowing down before him/her!

You may not believe it,  but “If I remove these clothes from my body, and take to wearing clothes which you all wear, like Jeans or Suit etc, and start giving discourses, then those devotional emotions won’t even originate!!”. When we see those normal clothes, we don’t think about “Dharma”, we may think of “Knowledge” or “Scholar”, but not “Dharma”. There are many saints who wear all types of colourful clothes, but when the time of giving discourses comes, they resort to some special type of clothes.

And this thing, somewhere shakes the foundation of our Dharma! Because, I believe, somewhere, such a thing comes under ” Mithya-Aacharan (False-Behaviour)”! If the Guru/Saint is doing that “openly”, then there’s no problem. There are many famous saints who do this openly. They have their photographs in normal clothes, as well as in religious clothes. In that, there’s no issue, as it won’t come under False-Emotion or False-Behaviour. Maybe, they assume their religious clothes to be their “uniform”.

28:31 – 29:53 : As far as “False-Behaviour” is concerned, let alone the topic of clothes, “Most of the people in our world, live in False-Behaviour only”. And the sad thing is that, somewhere or the other, our society wants False-Behaviour only. For example, if you are sad, and someone asks you “How are you?”, and by chance, if you say “I am really sad, what to speak of!”, after that, no one would hang around you at all! They just want to hear “I am very good, all is well”, so that, you go your way and the they go their way. These things are just for the sake of saying – “How are you?”, “All is well or not?”.

Even if all is not well, then what can you do! Such a thing won’t happen that “See, this is my ATM card, and this is my PIN, you go and cash it all in!” “It’s empty, do whatever you want to!” (Laughter). This is not going to happen.

Another example, if someone is wearing all colourful clothes, which you aren’t liking, and if he/she asks you “How am I looking?”, what will you say? “Wow, you are looking divine!! Very beautiful” (Laughter). Because, if we look closely, somewhere, “Society likes Lies!”.