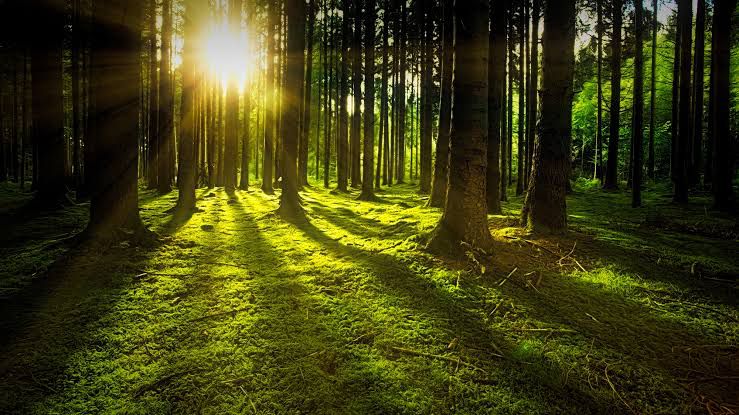 Constant comparisons are disheartening. Let's make peace with the beautiful average that we are.

I was walking down the lane beside a roaring river and my shoulders drooping low with a heavy bag. A bleak answer sheet in my hand, on which the system decided to mark me below average, I then stared at the huge red circle reading 65/100 followed by the signature of the authority, my teacher. Nah, not a pretty sight. I didn’t like it, so I began to think about averting my fate.

Number one, if I overwrite with a red pen, this 65 will become 66 and it makes hardly any difference. Number two, won’t tell my mom about anything. I will put up the usual cheerful expression and walk into the house, greet mom, have my lunch and then have a sound nap without having to face the scolding big eyes of my mother. I wondered, “What to do now?”

“Uh! No use. This PTM will ruin everything.” I said this to myself knowing that one report card has my name and 65 is imprinted there forever. This gave way to some demeaning thoughts, “I am so average that I can’t even get out of this trap! This average is becoming a part of my life and then this comparison is so bad that I better start a living on the streets by myself! Nobody understands me. I am just a tool of comparison for some people to feel great…” And I went on blabbering about the cruel average and the average me.

Frustrated, disheartened I sat on the riverbank and threw a stone into the river and the water splashed. Under the cloudy sky with streaks of sunlight peeking through them, it looked beautiful as the water sprinkled high in the air and I threw a stone again. Drops looked pretty like sparkles. Nature distracted me and I liked the river, I liked it’s sound, I liked the drops and I liked being there without comparisons. I liked nature because it was average, it was normal and it was a flowing life.

And suddenly, I was startled by a tap on my shoulders. It was an old woman. She sat beside me. It is an average scene in a riverbank where people sit and watch a river flowing and birds chirping, an unproductive activity of the escapists and the people seeking relaxation.

“What’s the matter, kid?” She asked in her polite voice.

“Nothing, just that I am average.” I said.

“But there is an extraordinary potential in being an average,” she exclaimed and my eyes gleamed. Here was somebody saying good things about being average! I was astonished and asked, “But, when the majority is average, what is so special there?”

She then said, “Yes darling, average is what everyone is and everyone is stuck in this daily rut of machine like life but they are doing super good in aspects that the media never shows. Money might give respect  but there are transgenders despite not recieving respect, they sing, clap and dance more than us. Some sleep in sacks knowing that they never lost anything. Some help you, some love you. Some push you and some bend down to catch you. These are the same people like us, average like us and let them be because average has an enormous potential.”

I was confused and I said, “They are normal, they are average, so…where is extraordinariness?”

She then said, “So let’s say you have 100 years to live. How high will you soar? Can you be perfect by 100 and die? No. There is nothing called perfect in the human world. The perfect itself is average in the eye of yet another perfection. There is always something better. But what better will you have when you have the magnificent power of an average?”

Nature doesn’t know the man-made levels of success. We might be a CEO or a beggar, but for nature, we are just breathing human beings. Nature  just flows with life and nature responds to the Divine. If ever in your life you felt that you are worthless, remember, so is everyone and ultimately, the common, average yet beautiful things like kindness and love matter in the end.

A heartful pranaam to Om Swami ji and the team who gave us a platform to voice our opinions. Thank you so much for creating a platform full of kind people. 🙏