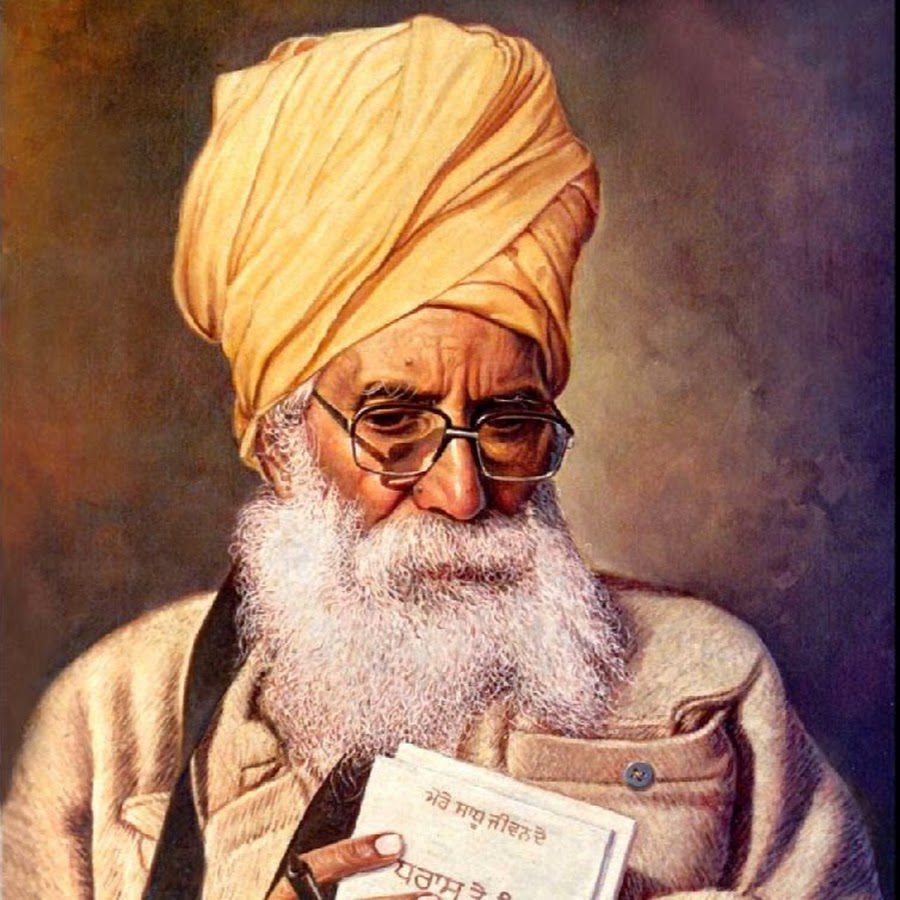 If Mother Teresa, an internationally respected public servant, is given a male form, then Bhagat Puran Singh becomes. Bhagat ji’s contribution in the field of service to the suffering people is in no way less than that of Mother Teresa.

Bhagat Puran Singh was born on 4 June 1904 in the village of Rajewal Rohno in Ludhiana district. His parents named him Ramji Das. Ramji Das’s mother had religious views and a sense of service. She had taken the vow of service and help to the poor and needy. She would involve her son in this work. With this, Ramji Das started dedicating himself to public service from his childhood. This devotion took practical form when he once had the opportunity to sit in a pangat at Gurdwara Reru Sahib, eat langar and listen to kirtan of Gurbani. In the field of service, Uttar Ramji Das changed his name to Puran Singh. The nickname of Bhagta was bestowed on him due to his immense devotion to his service.

Bhagat Puran Singh began his service at Gurdwara Dera Sahib in Lahore. He was engaged in the service of Gurdwara Sahib and Langar day and night. He had made a vow not to get married in front of his mother at the last moment. Bhagat Puran Singh was fond of reading religious literature.

He was greatly influenced by the lives of Mahatma Isa and Hazrat Muhammad Sahib. Under this influence, a passion for the service of the crippled, lame, crippled and leper arose among them. They adopted a four-year-old disabled and orphaned child as their own son. They named him Piara Singh. They took care of him till his last breath. When the country was divided, Bhagat Ji carried the crippled Piara Singh on his shoulder and brought him to Amritsar and an elderly patient was with him.

After reaching Amritsar, Bhagat Puran Singh stayed in the refugee camp for some time. Even while staying in the camp, he continued to serve the patients. Even when the camp was broken up, Bhagat ji continued to serve twenty sick refugees under one roof. Impressed by the spirit of service, he was given a compound where he established Pingalwara.

Initially, he cared for the sick and the disabled alone. He used to wash their dirty clothes, help them to clean their bodies, bring medicine for them from the hospital, go from house to house and ask for bread. Gradually more and more service-minded gentlemen began to engage in their service work.

Today, Pingalwara has become an institution. At present there are about four hundred and fifty homeless and helpless cripples, lame, blind and sick. It is stated that the daily expenses of Pingalwara is around thirty thousand rupees. Money for expenses is collected by the servants of Pingalwade by going from house to house, shop to shop. Many donors provide financial assistance to Pingalwara on their own. Financial help also comes from abroad.

Bhagat Puran Singh has been serving the suffering people above caste-caste or religion. Bhagat ji has also been a writer of high caliber. He also established a press in Pingalwade. He wrote booklets in English and printed them from the press and distributed them free among the people. These booklets contained beautiful articles on the subjects of religious, ethical and social education.

The life of Bhagat Puran Singh Ji has been unique to saints and Mahatmas. He wore khadi clothes and ate simple food. He was honored by many eminent organizations for his tireless services to humanity. He went to Gurpuri on 5 August 1992 while performing his service.