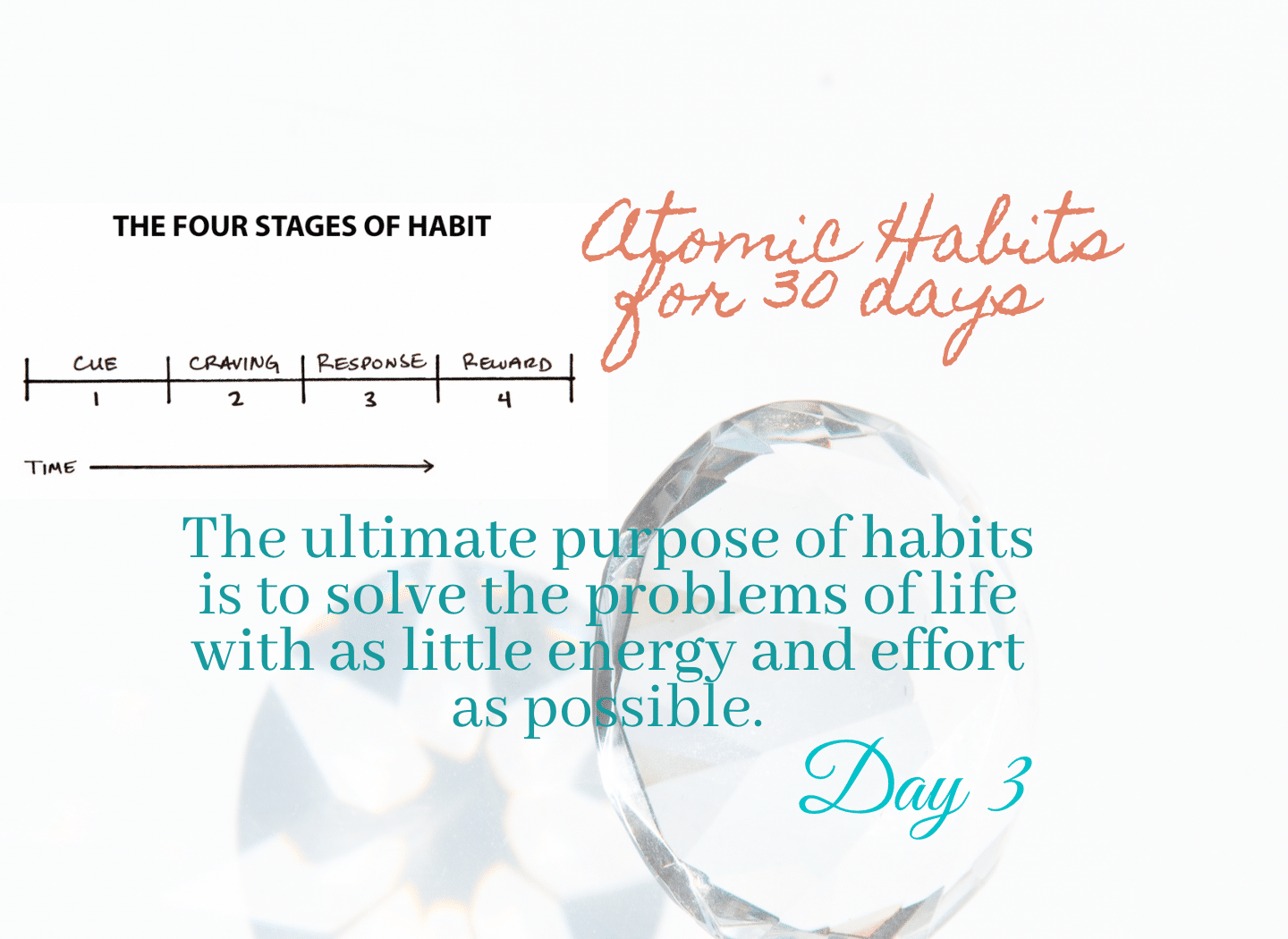 The Ultimate Purpose of Habits is to Solve the Problems of Life With as Little Energy and Effort as Possible.

A habit is a behavior that has been repeated enough times to become automatic.

Whenever you want to change your behavior, you can simply ask yourself:

Any habit can be broken down into a feedback loop that involves four steps: Cue, Craving, Response, and Reward.

The ultimate purpose of habits is to solve the problems of life with as little energy and effort as possible.

The chapter starts with an experience carried with cats! Don’t worry! No sci-fi horror here. You repeat something enough times until you get a result out of it.

Be the Change You Want to See

Any new challenge (situation) places significant stress on our brains. To deal with this, our brain has to devote precious mental energy to analysis, processing and the best possible response. Multiple repetitions of the same situation are turned into a habit, which in turn becomes an ‘automation’ process. The action is dealt by the unconscious mind, instead of devoting precious mental energy to the conscious mind.

If you’re always being forced to make decisions about simple tasks- when should I work out, where do I go to write, when do I pay the bills- then you have less time for freedom. It’s only by making the fundamental of life easier that you can create the mental space needed for free thinking and creativity.

Routines are known for being dull and places limitations on our creativity and free-thinking, but you would be surprised as to how liberating these can be.

Picture this. Suppose you have a client database to whom you have to email often. Conjuring a new format for each client every time that you have to send an email will be mentally exhausting. By the time you are home, you would collapse on your bed, for the rest of your days. But if you have a ready to go format (automation), you can proofread it in seconds and keep up with the pace.

Now as routines have become ingrained in our system, our brains have fewer limitations. Thus, it can express itself more creatively.

The Science of how Habits work

Cue– Start of behaviour for a future reward.

Craving– We don’t crave the habit itself, but we do crave the change of state. For e.g., we don’t crave brushing our teeth, but rather we crave the feeling of our mouth being clean.

Response– Habit transformed into a thought or action. The response is contingent on our motivation and the amount of effort involved.

Rewards– It satisfies our craving from the second step and tells our brains which actions are to be remembered.

The Four Laws of Behavior Change

These four steps are translated into four laws:

To break a bad habit, these four laws can be inverted:

And there you have it! Over complication and procrastination are your two enemies. You want to start your personal/ professional growth, why complicate and when will you do it? Time is going by, just like the river flow to meet the sea. It will come back for sure, after evaporation and as rain. After this life, where will you be? Take control now!

Rules of Life
Changing the Outlook Towards Loneliness : Solitude