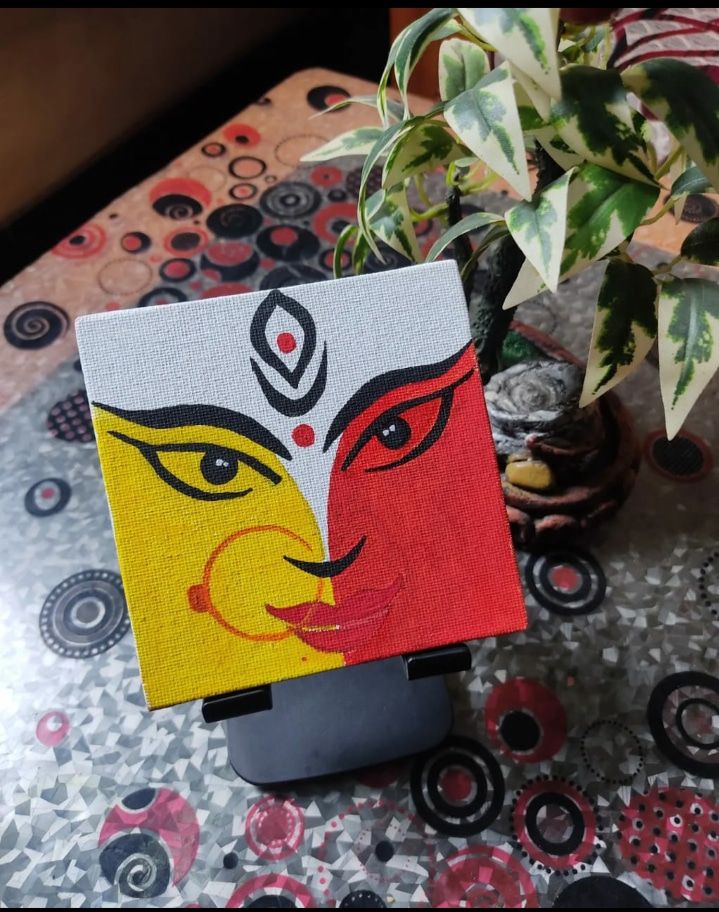 Mataji has arrived... let's have a meet😅...Here is a true story or you can call it sattire..

Cricket…the game we loved most,I think cricket fans have a bat shaped heart with the ball as a hearbeat(chuckles).When we(me and my two cousins) play cricket,we just give everything in that pursuit…the dedication and sincerity can be sensed from our body language and there is a fire flashing in our eyes.

One day when we are playing,my younger cousin(who is in 8th standard) wants to take some rest in between which is very unusual because here the attitude is play till die(just kidding).But that is very unusual, actually he had a little bit of headache.We don’t pay much attention to it.We thought it is simply a headache.

Next morning (actually it’s going to PM soon;don’t expect it to be early AM in my case; chuckles) the news broke out that blisters have shown up,he was infected with some bloody virus or virus in blood(chuckles).I don’t remember the name of the virus but the condition being called Chicken Pox.Now everyone in the home said ‘Mataji aayi hai'(Mataji has arrived) and everyone gor terrified (except me,I know my Mother well,just kidding)

After the following day,a man from nearby temple is called in my Aunt’s house who charged 500 per day and when I asked my cousin what did he do.He explained that he tried to pacify The Divine Mother by singing Her glories.Well,it is very unusual as this time Mother got pacified only by singing Her glories rather than demanding some gold chain or any kind of Bali(chuckles).

Yeah,I could tell my Aunt that this is only a medical condition and the backstory of why it was being called or linked with Mataji back in past.What were their challenges but I don’t think she was ready for truth.And one more thing,due to this condition, atleast Mother glories got some voice.Atleast they sang with some fervour.I was delighted by knowing that.

However,it is my duty to unveil the truth before my cousin.After he recovered from that,I told him that it was only a medical condition and if it was Mataji then believe me no one want Her to go and if you still want to link it with Mataji then each and every thing is nothing but Mataji. Whether it is some condition or any emotion,it’s all Her. However,I didn’t elaborate this point much as it is almost impossible for him to get a nerve on this.

In the meanwhile,my younger cousin said something beautiful.After my explanation,he told me yeah,he was in some state of confusion when all family members told him that Divine Mother got angry and She showed up in this form but he intrigued that even foreigners got Chicken Pox then how is that possible?…Maa.. foreigners..all(chuckles)

But he said he will not say anything more to this topic as if Mother got angry again.(You can clearly see the negative impact of instilling fear in younger generations;How can they be motivated towards Bhakti in future?Such a pity!)Then I told him something our beloved Swamiji explained beautifully that dear She is not some Pisachini;She is our Divine Mother;our Cosmic Mother who love all unconditionally.Hope he got the point.

If we look at that point which my younger cousin figured out that why foreigners got Chicken Pox if it is considered as Mataji in our country.Okay,just imagine Chicken Pox is associated with Mataji in our country which is all illusion but yeah we associated all things like compassion, humility, empathy and all such good qualities with our Divine Mother.It is exactly the same like Indian Classical Music and Western Classical Music are operate on same frequencies but they called their note by different names.

It reminded me of Sant Kabirdas’s philosophy who said everyone have different size and shape of container but the water in all containers reamins the same.Basically,The God is one(I know,i didn’t able to explain things well in last two Paras..khair JO SAMAJ ME AA GAYA,WO KHUDA KYUNKAR HUA..(chuckles)

Just one message I want to convey is that please do not pray to God out of fear but pray to Her/Him out of full love and it is definitely not Love at first sight (as Swamiji said).We build our love gradually.

And how do we build this love?-exactly with those qualities which I mentioned while playing cricket in first paragraph-same dedication,same tenacity,same focus,same desperation,same fire in eyes and it is also possible that despite of bowling  at good length,you got hit for a six and then mother of all qualities i.e. Patience is required…then you have one yorker and batsman got bowled or we immersed in Divine.

P.S.Conversations are not written exactly word by word as it happened.However,bhaav remain the same.

Gospel of Sri Ramakrishna
The Art of Observation