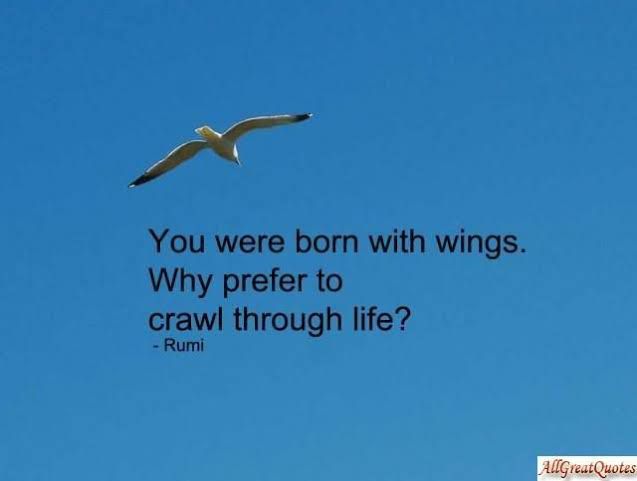 Sometime back I had read this beautiful Novella by Richard Bach, titled “Jonathan Livingston Seagull”. The book is about the journey of a Seagull, who is different from all the other seagulls. While most seagulls are just concerned with filling their own tummy, Jonathan is born to fly. He believes, “There’s got to be more to life than fighting for fish heads.”  All he wants to do is fly, explore what flying is about and transcend all the limitations. He tries, fails many times, hurts himself, but that doesn’t deter him from exploring new methods. As he discovers new tricks and techniques, he thinks, “How much more there is now to living! Instead of our drab slogging forth and back to the fishing boats, there’s a reason to life! We can lift ourselves out of ignorance, we can find ourselves as creatures of excellence, intelligence and skill. We can be free! We can learn to fly!” But other seagulls do not understand what he is talking about. They believe that, “Life is the unknown and the unknowable, except that we are put into this world to eat, to stay alive…” Jonathan’s actions make no sense to them…

A Seagull who thinks and behaves differently, doesn’t have a place in the society, and so he is  cast out of the flock. But that doesn’t upset him. He only feels joyous as now he can devote more time in his pursuits and perfect his flying techniques. He experiments, tries new tricks learning new things everyday, living a life of solitude, till one day two radiant gulls come and tell him that they have come to take him home…

Reflecting on Jonathan’s story… Most of the people in this world are like ordinary seagulls, whose only concern is to stay alive. Flying is nothing more than a means to achieve it. It’s only for the one occasional Jonathan, that flying actually matters. Life is more than just staying alive. It is about flying into unchartered heights, trying to explore the unexplored. Nobody may agree with you, or accompany you on this journey. But have the courage to be Jonathan..!!