Four Horsemen: A General, A Terrorist, A Spymaster, A Naxalite

A General, A terrorist, A spymaster, A Naxalite

Is formal education in top universities prerogative for hitting pinnacle in chosen field ? Maybe yes, but not necessarily . We seldom hear IIT/IIM alumni starting something like Fortune 500 companies. Once ISRO chairman remarked that his top engineers are from ordinary colleges, not IIT/MIT. Maybe they are brilliant minds but not game changers. RGV film director said he never learnt film making in traditional way. One camera man working for him during his first film was astonished by his level of clarity and depth of subject despite being total novice. However I have little knowledge on general subjects but nevertheless enjoyed military history and global conflict from entertainment perspective.

Reading on some of these characters revealed that these were nobody with no formal education. But they made their mark in their chosen field. Iam not glorifying them nor i say they are good people , kind hearted, noble men. In war, only one things counts: “Victory”. Nothing else matters. (Perhaps , Being still alive is another that counts ). I have listed four of them. There could be million others. But I confess, i don’t know any of them. If you know, please tell me in comments.

1. Gen Giap, was nicknamed as Red napoleon &  was self taught Vietnamese soldier with no military training yet gained his place in pantheon of greatest military generals. He converted rag tag gang of rebels into fighting force that defeated French and USA (Most popular image of Americans fleeing in chopper from terrace of embassy). Americans frustrated fighting against his army must have bombed million bombs in two weeks, poured tons of brutal Agent Orange which burnt entire forests to flush rebels. He brilliantly countered hitech american weapons with simple jugads, determination, personal charisma and built whole new cities under the ground from where warfare was effectively carried out.(google to know more about these ratlines & underground cities) 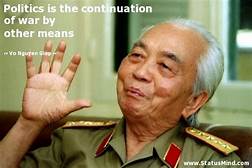 2.  Pottu Amman was Intelligence chief of LTTE, the dreaded tamil rebel group of sri lanka , the only militant group that had functional army, navy and airforce. This guy was considered as idiot as student , introvert and paranoid as youth. But these very qualities made him most effective & dangerous intelligence chief in this region. Academic brilliance is never prerequsite to run intel-agency. Lateral thinking is. Always eager to learn, he procured training manuals across the world and localized the lessons to suit local conditions. He was so effective that no one knew how he looked. For decades, intelligence agencies tried to get his photo but in vain (Reminds me cold war East german intel head “Marcus Wolf- known as Man without a face, who made America and its allies run for money, Wiki him friends). Under him , two Prime ministers of two nations (Sri lanka and India ) were assassinated, checkmated Indian army (IPKF), converted LTTE into massive military machine. 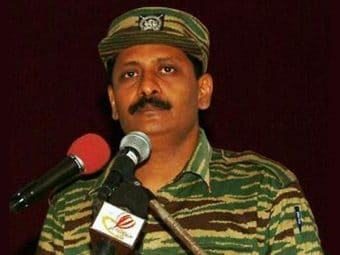 3. Amerllah saleh though born in poor family in Afghanistan rose in ranks to become Spy master of Afghan intelligence. His network so effective that he was 1st to state that Osama bin laden was in Pakistan much before US Navy seals took him out in abbotabad, Pakistan. As young guy he impressed his USA CIA trainers with his hard work and enthusiasm to learn beyond syllabus. One of his famous lines that I read “ Sure & if they kill me, I have told my family & friends not to complain about anything coz I ve killed many of them with pride, so iam very legitimate target when I stand against them” 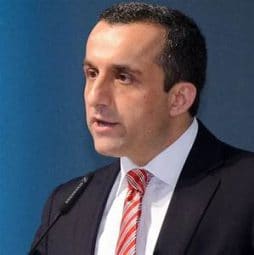 Recently I was listening to interview of Tech Madhu. Like any of Naxalite, he is known by many names but popularly known as Tech Madhu. Born in poor family, he had intense desire to become engineer. After 10th , he joined industries as helper, picked up trade, always curious how machines worked. He worked more for knowledge than money. Maoists lured him into their organization by appealing to his thirst for knowledge. (he was promised he could become engineer within their ranks. Moreever he never had money to pay for higher education). Just with 10th class education, he procured books on weaponry, developed designs, learnt engineering through hands on and finally developed rocket launcher tech which shook nations security agencies. Ofcourse later he was arrested and now runs a small industry with 50 employees. When questioned how he developed modern machines without formal knowledge : he simply said “ I think intensely on problem for long time till the solution comes up”

One common pattern I observed that all these were born out of circumstances, War ravaged nations or perceived injustices. Born in conflict situations, they were able to leverage their natural talent by fighting against much bigger opposition. There are millions like them in different fields. Anyone you know? Lemme know?


Login with Email
No Account? Create One
Lessons From My Spiritual Sister – Sri Devi Om
The 2 Sleepless Nights of My Life