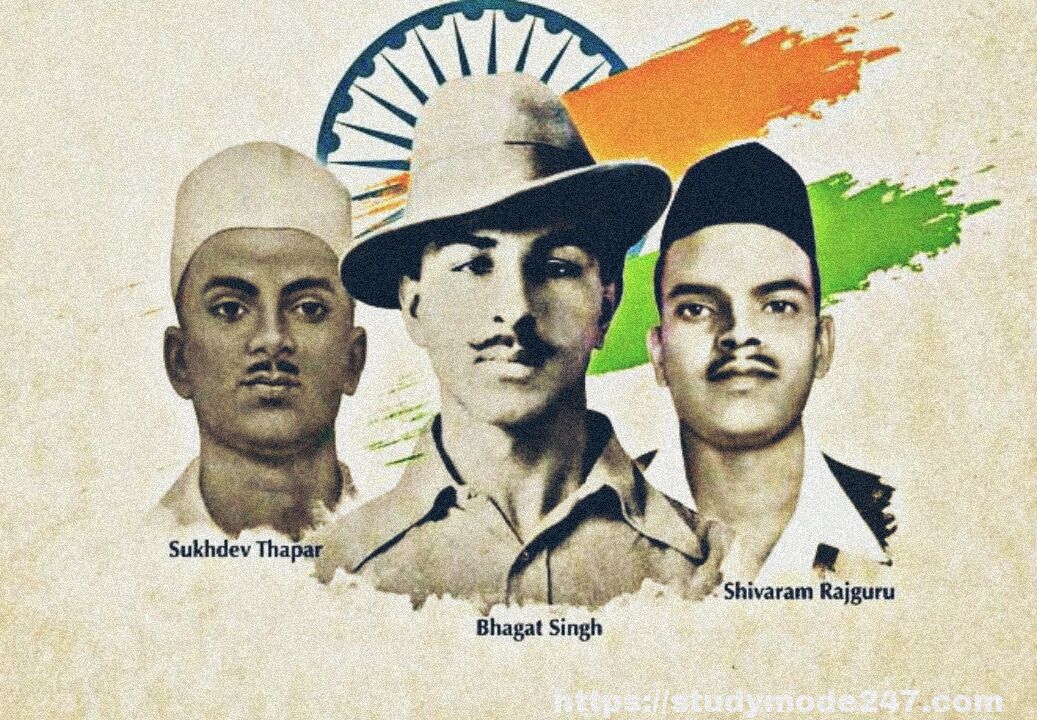 They can crush my body, but they will not be able to crush my spirit. - Bhagat Singh

Bhagat Singh was an Indian revolutionary freedom fighter. He was known as ‘Shaheed Bhagat Singh’ and is considered as a national hero of India’s freedom struggle against colonial rule. He was born on 28 September, 1907 in Banga, Pakistan. ” Inquilab Zindabad “, is one of the most popular slogans of Shaheed Bhagat Singh.

Bhagat Singh was born in a family that was fully involved in the struggle for Indian Independence. His father, Sardar Kishan Singh, and uncle, Sardar Ajit Singh were popular freedom fighters. Both were known to support the Gandhian ideology. They always inspired the people to come out in masses to oppose the Britishers which affected Bhagat Singh deeply.

They was deeply affected by the murder of Lala Lajpat Rai. Lala Lajpat Rai led a nonviolent protest against the Simon Commission when it visited Lahore on October 30, 1928. The British Raj police reverted with deadly force carrying out a lathi-charge against Lala Lajpat Rai. It was during this lathi charge that Bhagat Singh, Rajguru and Sukhdev witnessed a brutal attack on Rai, who suffered serious injuries and eventually died on November 17, 1928.

To take revenge for Lala Lajpat Rai’s death, Singh and his partners decided to strike back at the British. Bhagat Singh, Sukhdev and Rajguru plotted the plan of murder of the superintendent of police James Scott in Lahore. Due to mistaken identity, assistant superintendent of police John Saunders was shot dead. To avoid arrest, Singh and his partners escaped to Calcutta.

In 1929, he and his partners threw a bomb at the Central Legislative Assembly in Delhi to protest the implementation of the Defence of India Act by cheering the slogan of “Inquillab Zindabad “. Police arrested them, and they confessed their involvement in the incident. During that period, Bhagat Singh led a hunger strike in the prison. He and his partners were hanged to death on the 23rd of March 1931.

Bhagat Singh, Sukhdev and Rajguru were indeed true patriots. Not only they fought for the freedom of the country but also they had no fear or worries giving away his life in the event. Their death brought high patriotic emotions throughout the country. Bhagat Singh’s followers followers considered him a martyr. We still remember him as Shaheed Bhagat Singh and continue to remember him till our last breath.