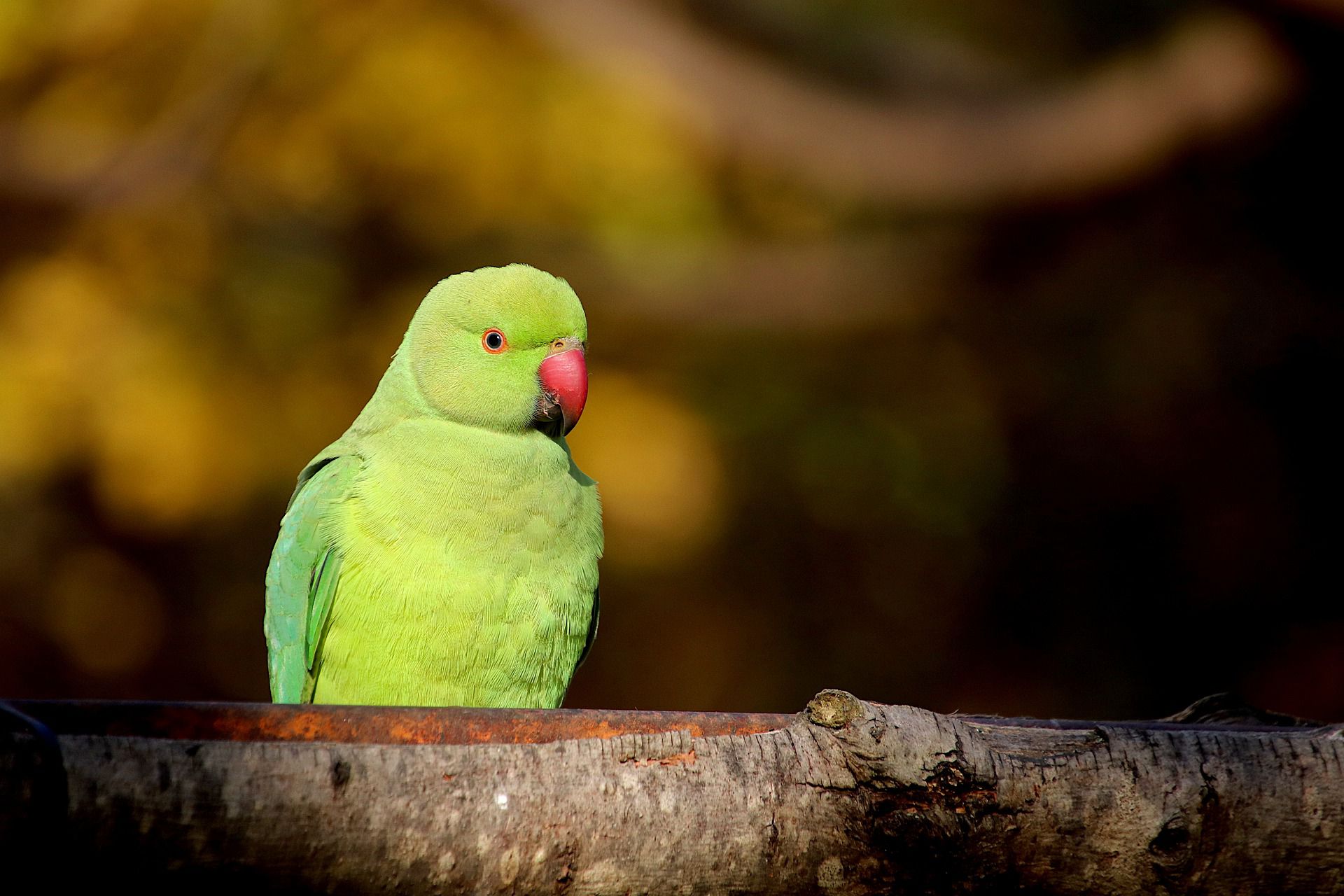 A man, a great man, a fighter for freedom was traveling into the mountains. He stayed in a caravanserai for the night. He was amazed that in the caravanserai there was a beautiful parrot in a golden cage, continually repeating, “Freedom! Freedom!” And the serai was in such a place that when the parrot repeats the word “Freedom!” it goes on echoing in the valley, in the mountains.

The man thought: I have seen many parrots, and I have thought they must be desiring to be free from those cages… but I have never seen such a parrot whose whole day, from the morning to the evening when he goes to sleep, is spent in asking for freedom. He had an idea. In the middle of the night he got up and opened the door of the cage. The owner was fast asleep and he said to the parrot, he whispered, “Now get out.”

But he was very surprised that the parrot was clinging to the bars of the cage. He told him again and again: “Have you forgotten about freedom? Just get out! The door is open and the owner is fast asleep; nobody will ever know. You just fly into the sky; the whole sky is yours.”

But the parrot was clinging so deeply, so hard, that the man said, “What is the matter? Are you mad?” He tried to take the parrot out with his own hands, but the parrot started hitting him, and at the same time started shouting, “Freedom! Freedom!” The valleys in the night echoed and re-echoed… but the man was also stubborn, he was a freedom fighter. He pulled the parrot out, and threw him into the sky; and he was very satisfied, although his hand was hurt. The parrot had attacked him as forcefully as he could, but the man was immensely satisfied that he had made a soul free. He went to sleep.

In the morning, as the man was becoming awake, he heard the parrot shouting, “Freedom! Freedom!” He thought perhaps the parrot must be sitting on a tree, or on a rock. But when he came out, the parrot was sitting in the cage. The door was open.

Power, prestige, riches, these are all cages. Our soul wants to be free, but freedom is dangerous.

Freedom has no insurance.

Freedom has no security, no safety.

In the cage, the owner was responsible. He used to cover the cage, when it was cold, with a blanket; he used to put an electric fan close by when it was too hot.

Freedom means tremendous responsibility; you are on your own and alone.

Rabindranath is right: Freedom is all I want, but to hope for it I feel ashamed – because it is not a question of hope; it is a question of taking a risk.