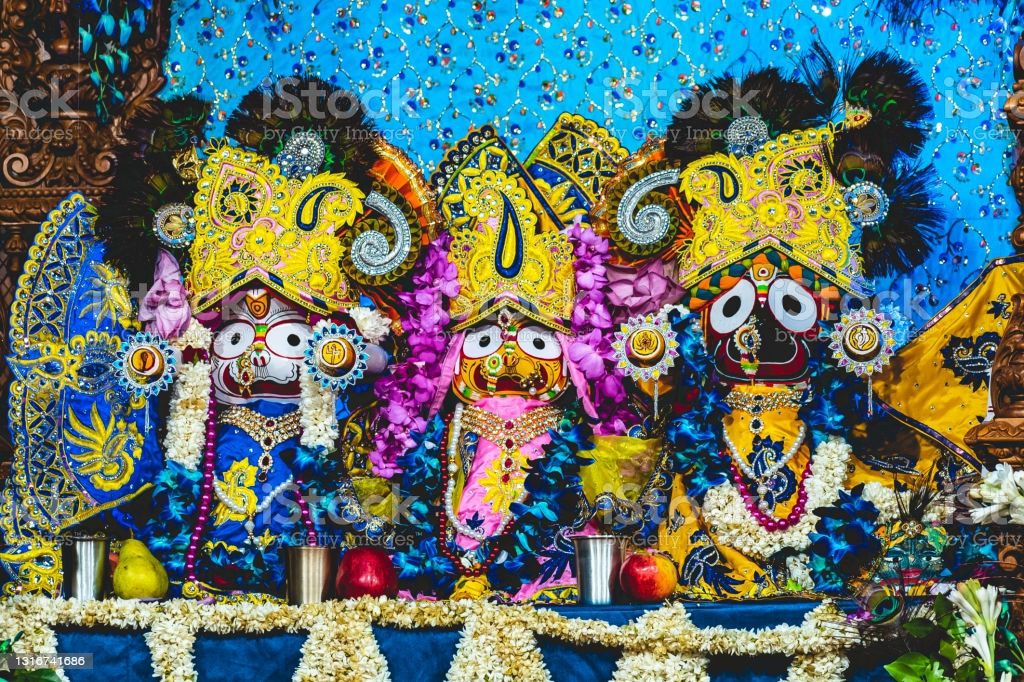 The story of how the present day vigraha of lord Jagannath, Balabhadra and maa Subhadra was made

The oracle told the king to go to the mahodadhi(sea) near the present day puri and find a log roll floating in the sea. The king was asked to construct the idol of the lord from that log roll and establish him in a temple. An overjoyed king left immediately for the sea shore along with his soldiers.

After reaching there, he saw the log roll floating in the sea water. He ordered his soldiers to get it out from there. No matter how much they tried, they couldn’t get it out of there. Finally the king summoned Viswavasu and with his help he was able to get the log roll out of water and carried it to his palace.

He wanted to build the most magnificent idol of the lord so he was in the dilemma of whom to give the responsibility. One day an old man showed up and he promised the king to build the most divine and lively statue of the lord. There was something unique about the aura of this old man that the couldn’t stop himself but trust him and let him do the job. He was non other than Lord Vishwakarma.

He promised the king that he will do the job but he had one request. He asked the king to leave him in one room and close the door from outside. He told the king not to open the door untill he says so.

The door was closed and the old man kept doing his work without any food or water. People could hear only the sounds of his instruments striking the wood. After a few days, when the sounds stopped coming, the queen was worried and she ordered the soldiers to open the door.

When they opened the door, the old man was gone but he had left behind the most beautiful statue of lord Jagannath along with his brother Balabhadra and sister Subhadra behind. But because the queen had got the door opened before Viswakarma could complete the statue, the statues were half constructed with half hands and feet . May be it was the leela of lord himself in some form to show us that no matter how much you are lacking, you are always complete and beautiful.

So this is the complete story of the Lord jagganath temple of puri. I hope you enjoyed reading it as much as I enjoyed writing it and sorry for taking so long to write this final part. Thank you for all your love and supports.