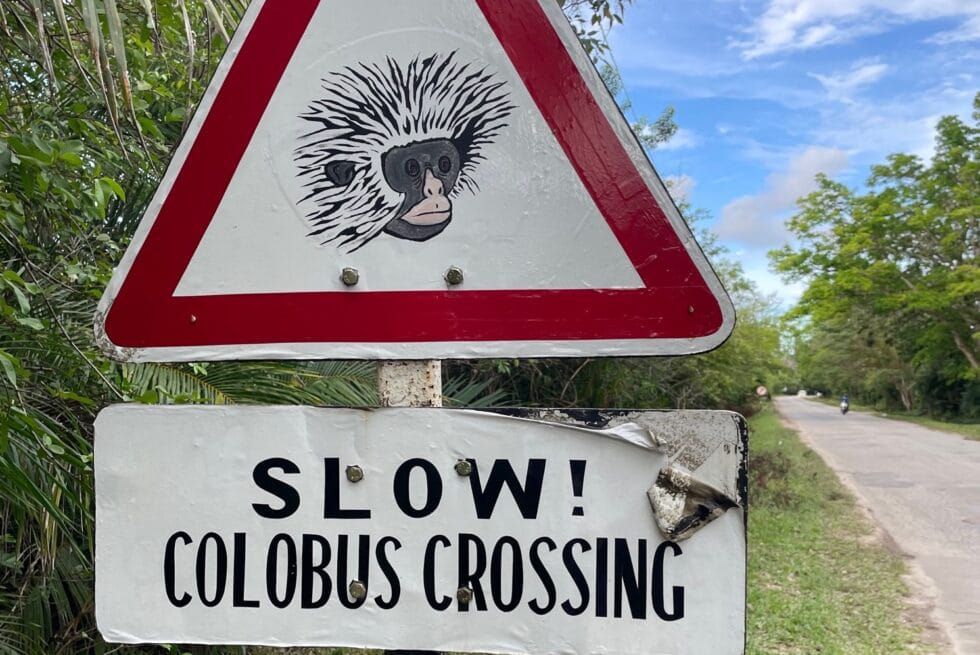 On the second flight something totally unexpected happened

I am writing this after a long journey. Once a year, I go on a getaway with a group of adventurers, including the psychologist Rafael Santandreu and my oldest friend. This year we chose to go to Zanzibar, an island that I already knew.

We planned the route and bought the flights half a year ago, but weeks before we learned of the outburst of the Covid Omicron variant in Africa, with half a dozen countries on the black list and travellers trapped in South Africa.

More than 90% of people would have cancelled the trip, but our philosophy was to ‘wait and see.’ As long as the country we were heading to did not close, we would go to the airport on the scheduled day. And that we did. Although Madagascar, right next door, had already entered the list, we flew to Zanzibar, at the risk of being stranded there if the Omicron arrived during our stay.

Two planes and 12 hours of flight later, we landed near Stone Town. Walking through the old stone city, we felt like we were in a parallel world. A distant and happy world where coffee talks last for hours and boys play football barefoot on the beaches at sunset.

After three days in this city of One Thousand and One Nights, we moved to the Jozani jungle, sanctuary of the red colobus, a species of monkey that only exists here, as well as lemurs (here they call them bush babies) and huge python snakes.

Instead of coming only for some hours, as almost all visitors do, we decided to spend the night in a shelter in the middle of the jungle. There it was just us, a young woman traveller, the cook and his assistant, who run the shelter.

Despite being Icelandic, she turned out to speak perfect Spanish, the language in which she has written her first book of poetry. She recommended that we order dinner from the cook, a genius capable of preparing any dish in the world.

Following her advice, that night we had dinner by a bonfire in the forest, with seafood and beer. The Icelandic woman was invited and we began the gathering with rounds of existential questions. Then I asked her to read some of her poems, using an oil lamp. 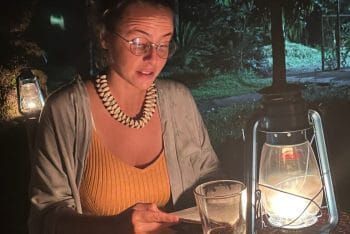 It was like one of the artistic cenacles that I organize in Barcelona since two decades, but in the middle of the jungle, among the screams of lemurs and other creatures of the night.

The next day we travelled to a northern beach where we would stay until the end of our stay. There we met the very friendly local people and other crazy travellers who had a thousand stories to tell, we swam in turquoise waters and sailed in a small sailboat towards the twilight sun. 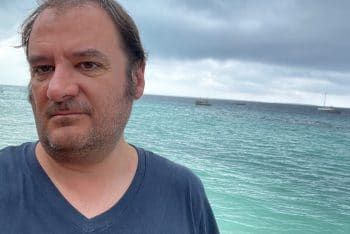 On the way home, after celebrating that they had let us get on the plane, on the second flight something totally unexpected happened.

As we sat down, we saw a very thick man in a traditional white Middle Eastern outfit. He walked down the aisle and asked the hostesses to move him to a free row, because he was too tight in his seat.

I stopped paying attention and, while trying to sleep, I listened to a podcast on the films starring Vincent Price directed by Roger Corman, which had adapted dozens of novels and short stories by Edgar Allan Poe. In the sinister The Well and the Pendulum, for example, they had managed to make an 80-minute film from a short story, mixed with other tales by the author such as The Cask of Amontillado.

I was excited listening to all this, when horror decided to cross the line of fiction to settle into reality. Before down, the plane’s lights were turned on and the loudspeakers requested the presence of a doctor. There were four on the Boeing 787, but none could do anything.

The thick man had entered the toilet three hours earlier and, seeing that he did not come out, the hostesses had unlocked the door. He had been dead for two hours. Attempts at resuscitation were in vain.

To get him out of there, the door to the bathroom had to be torn off, after which the body was left lying in the same corridor where we were sitting. Although there were several attempts, due to his weight it was impossible to lift him to lay in the back row of seats, so that we made the last three hours of travel with the body next to us.

I heard that the deceased, may he rest in peace, was called Khalifa and was heading to Barcelona for a heart operation. Unfortunately, he did not arrive on time.

Upon landing, our plane was taken over by the police, the paramedics and the coroner, while they waited for the judge to lift the body.

When they finally let us off the plane, I told myself that the decision to travel to Zanzibar — despite everything — had been the right one. What happened on the flight shows that life can end at any moment. The pendulum with the blade always swings above us. Until my time comes, I choose to live the adventure of existence without fear.

Too Meet Spiderman I Had to Become Super Woman
Why Don’t We Understand?