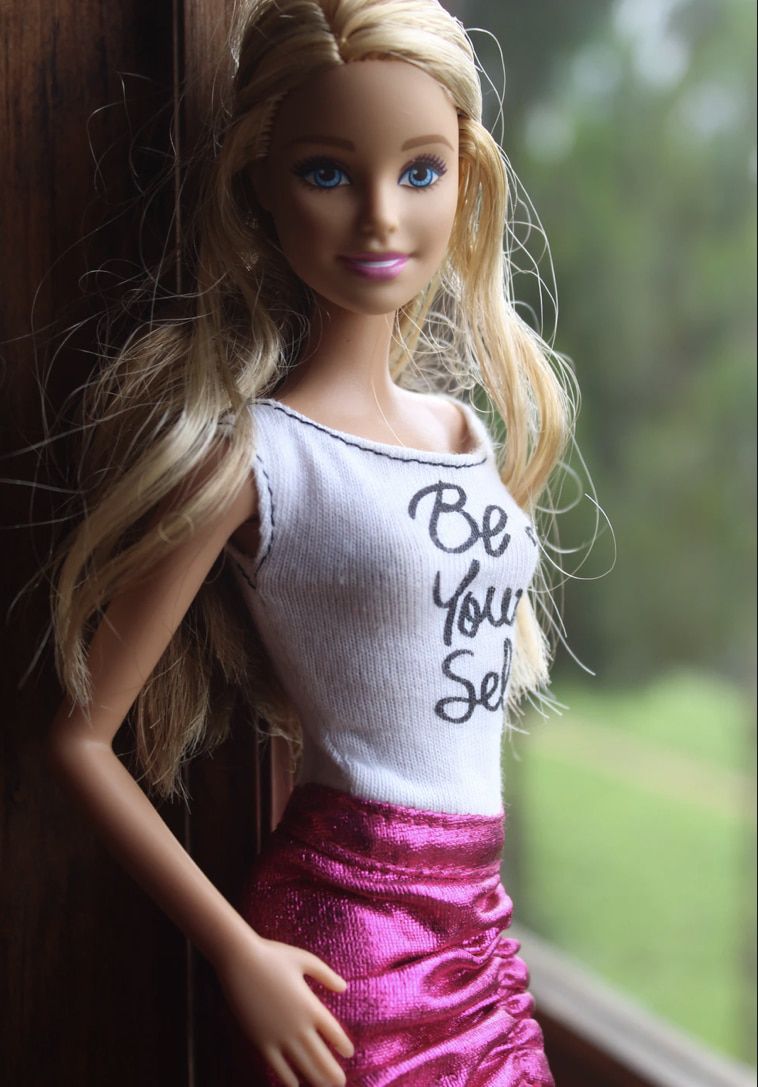 Of Dolls and Memories

Don’t let the child in you die. #TheWriteChoice

The silence was hauntingly beautiful and their smiles sweetly horrific. My dolls had been given a make up session by my sister and I and therefore, they were speechless as they usually were and we were staring at our masterpieces rather quietly, also speechless as they were.

Ever since I was little, I’ve been a big fan of dolls. The gorgeous plastic creatures would evoke creativity in me from the very depths of my mind and I was incredibly attracted to the prospect of them being in stories. Dolls were the love of my life- each day of mine comprised of at least a few hours of moving the plastic figures around, dressing them up, doing their hair. Even on days when exams would be there, I’d somehow find time to play with them, do their voice-overs and all that stuff.

As I write this, they’re staring at me from across the room. If I had to credit the people who got me into writing- I have countless, to be honest- My family, swamiji, books, my favourite authors and everyone in the usual category. Yet, some part of it must go to my dolls too, weird as it sounds.

I still have about 20 barbies and four stuffed dolls, that is excluding all the other stuffed toys and my chhota bheem set and a bunch of others. People often mock me because if it, and mostly they assume I don’t play with them anymore. They’re right, I don’t. But not because anyone’s stereotypes affected me, but because now I no longer know what to do with heir hands and legs that won’t bend and am absolutely disgruntled by the makeup that we’ve plastered on their faces. But I still find joy in looking at them across the room.

My father has always been there for me when it came to dolls- I have dolls that have travelled thousands of miles to come and sit on the shelves, and this is no kidding- every time my father would fly out to a different country or state or we ourselves did, a doll would come along safely tucked in the suitcase. I have dolls from Africa ( a triplet- Malusi, Malusi ki didi, and Jenna. Don’t judge me for the second name. I don’t know what I was thinking.) I have and had a few from the U.S ( Another Disney triplet, but only Elsa survived. Cinderella and Belle broke their necks, quite literally.) I have some from Senegal ( It’s another triplet, but we never named them, so there is only one of them who had been named, that was Senegali aunty. Yes, I know it’s bad.) My favourite doll shopping memory was the one where we brought a doll house, salon and a fashion designing dress stencil kit all in one go. Yes, I was spoilt rotten and my mother often used to tell me not to buy new ones considering I already had so many. I have a few from Switzerland and from Lucknow and from Pune, Bangalore- the list goes on and on. I did make good use of them, though. I was never selfish to not share them and made sure they were in perfect form by giving them a bath every week. And we gave the old ones away, eventually, although I’d mourn their loss for the next couple of days.

I’ve many beautiful memories of playing with dolls with my sister, one of them being a pizza shop run by Beauty (Yes, that was the doll’s name and she was a fashion designer. Her tag line for the shop was “Pizza shop, pizza shop, if you don’t want, I’ll close the shop. Thank goodness I’ve got better at rhyming and so has didi.)

We used to take schooling of all the toys in our room, (and that’s a lot, trust me) and she’d be teaching while I’d do the voiceovers. (Younger siblings are always given the unexciting work. Needless to say, there were a lot of indisciplined students in her class.)

Yet, each time we’d do something it’d have a story. I was a huge fan of watching videos enacted by dolls when I was younger. Every time I’d pick up a toy, stories would flash through my mind about what I was to do with the dolls that day. At times it would be a boating trip, an airplane made roughly out of a table, a birthday party, a picnic, a school trip (My poor aunt had to bear a lot of that.) But I always seemed to have a story in my mind.

Stories- somehow we all turn incapable of making them, be it for lies or anything else, when we leave childhood. Somehow, when we grow up, while we sleep less than we did as babies, we dream lesser and lesser until everything turns into cold, unforgiving reality. Yet, whenever I talk to a child, comes out a sweet, innocent fantasy from their little mouths- of a world where there’s no harm, a world with no danger. Only the hero vanquishes the villain, the vice versa never takes place. Each time a baby comes along to our house, be it with guests or relatives, they first go for our toys, because for them, each object has a story, and everything is a candy land. For them, the objects on the shelf are as alive as any of us, only we don’t hear their words like they do. It’s the sweetest thing to hear them babbling away dialogues for the silent beings.

I often wonder why we lose that childish streak when we grow up. As I thought about it, I realised there was actually no reason. We just blindly follow what other adults do. And that’s where we go wrong. Because not every path that has light upon it is the right one, it may be an illusion- it may be so that the moonlight falls over it, not the sunlight. Sometimes, the right path can be a dark alley, because to get sweet results one often has to swallow sourness.

When I was little, I’d wonder if I’d ever make YouTube videos or write stories like all those people did. It seemed to be true and pure joy, but when we grow up, we realise real life isn’t that easy. Life isn’t all barbie dolls, and I realised it, too. It took time and effort to push an unrealistic dream away. Barbie dolls were, and somehow still are very dear to me.

I know life isn’t all dolls and smiles. But some part of it can be, only if we are willing to let it be so. That’s one lesson we have to realise- happiness lies in ourselves.

Don’t let the child in you die- do whatever you wish to keep it alive, be it playing with dolls, laughing with no reason at all, dancing away to no tune in particular, blathering away to Bhagwan about your day. Before being a guardian of the child outside you, be a parent to the child inside you. Do anything to keep it alive, just like our parents do for us. Do what you wish to, for others will always reprimand you. And if we wish to be children, we’ve got to act of our own accord, be silly and ignore all the warnings that other adults give us. Don’t let your innocence fade away.

84 comments on this post. Please login to view member comments and participate in the discussion.