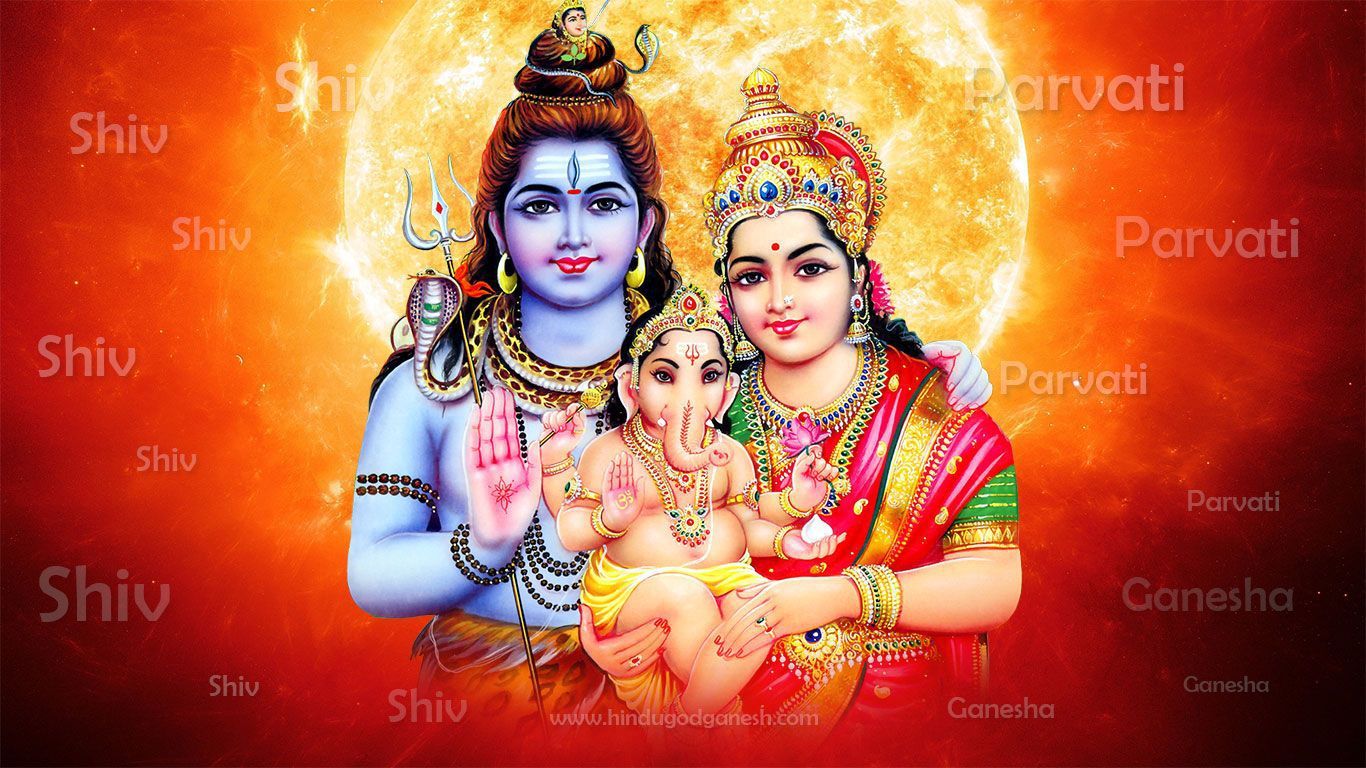 Once upon a time, to the Supreme Lord Shiva, while seated on a diamond throne within a palace seemingly illuminated by a thousand suns, on summit of the Mount Kailash, in meditation and being serviced by Siddhas (illuminated seers), who is a bestower of fearlessness and sins, Mata Parvati said the following:

Mata Parvati said – Salutations to the Supreme Lord, the shining one and the abode of all worlds. You are the ultimate witness and God for all the creation. I want to ask you about the supreme spiritual eternal element-substance of the greatest of all men, Lord Shree RamChandra, because you are also supreme and eternal. The Great seers impart to devotees’ important spiritual secrets, which may not be communicated to others in the ordinary course of time. I am your devotee, and you are my dear one. Hence, be pleased to answer my question. Briefly tell me in simple words, which could be grasped easily by me, that knowledge, which produces spiritual experience, followed by supreme devotion and detachment with worldly matters.

O the one with lotus shaped eyes, I have yet another esoteric question on this matter. Please revert first on that. It is known that devotion towards Lord Shree RamChandra, who is the essence of the entire creation, is a ship that can ferry all beings across the ocean of Samsara (the world). We know that Bhakti towards the supreme Lord is the royal way to liberation (moksha), and that there are no other reliable means for such attainment. Yet I have some doubts with respect to this. Please, through your clear exposition, make such cobwebs of my mind go away. Lord Shree RamChandra is said to be the Eternal Being, who has transcended all the manifestations of the creation of the Prakriti (nature) and is unaffected by them. Devotees, accepting Him as is and revering him day and night, reach the supreme status. Some people say that despite being the Supreme Being, Lord Shree RamChandra did not know Himself as Brahman, the Supreme Self, due to His ignorance. After He was guided by others such as Sage Valmiki or Sage Vasishta (see the book Yoga Vasishta for detailed description), he realized his Transcendent Self. If he had known Himself first, then how he could have moaned the separation with Mata Sitaji. And since he was without knowledge of Transcendent Self, how can He be fit for adoration and worship, being at the same level as other beings. Please explain to me the above and eliminate my doubts.

He Sent Me a Gift Not Once, nor Twice but Thrice !!!
Sri Brahmachaithanya Pravachan-April.9