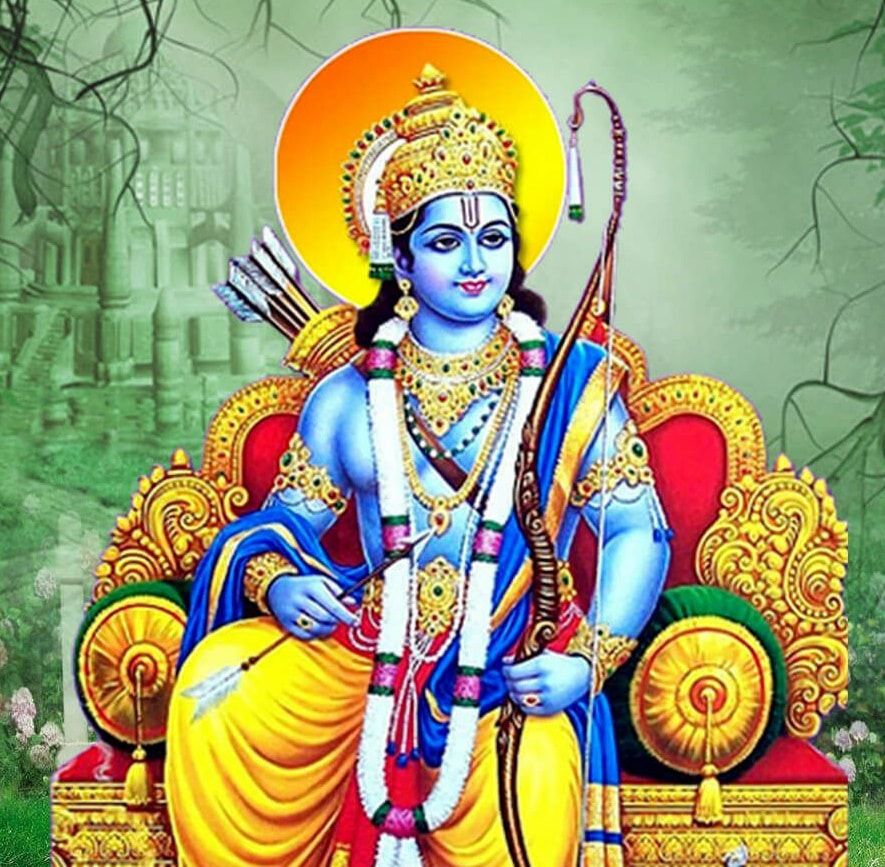 After that, Lord Shree RamChandra, thus spoke to Hanumanji, who was standing close by, with great reverence. Lord Shree RamChandra said – I will tell you the truth about Soul (Atman), Non-Soul (Anatman) & Supreme Soul (Paramatman). The sky (Akasha) has three known divisions. First of all is the all-pervading sky. The second is the one pervading the water bodies such as sea, lakes, tanks etc. The second one cannot be exactly called different from the first one. The third is visible due to reflection in the water bodies. Similarly, the Supreme Consciousness has three aspects. First is the all-pervading consciousness, next is the consciousness that is associated with the mind. Lastly, there is consciousness reflected in the mind and intellect. Ignorant people with distorted comprehension, superimpose on the “without a second – with no parts” and unchanging Witness Consciousness, the sense of agency of consciousness reflected in the mind due to ego and conditioning (over multiple lives), whose movements and distortions are assumed by the reflected Consciousness as its own. The state of Jiva (the individual Soul – Atman + Mind-Body complex) is hence assumed.

The reflection (Jiva) is a false assumption, and the mind, intellect & ego are a product of ignorance. Hence, both Jiva & mind are both false. The Brahman does not have any real adjuncts or parts or anything to support it, the seeming divisibility is due to ignorance of mind and ego. The great Vedic doctrine – “You are that…”, asserts the unity of Atman (soul) with Paramatma (Supreme Soul), hence. When one recognizes this unity by meditation upon this supreme teaching – “Tat-tvam-asi”, the mind and ego perish once and for all, without leaving a trace. There is no doubt about this.

A devotee of Mine, having understood this Supreme Truth, attains my status. Conversely, anyone who engrosses himself in the search of this knowledge in scripts, without any devotion towards me, never attains this Supreme Knowledge about My Nature. He will not attain liberation even in a hundred births. O Sinless one! This esoteric truth about Me is called – “Shree Ram Hridayam” and has been declared by Myself (the divine incarnation) to you. Kindly never impart this knowledge to any treacherous person, who is not devoted towards Me.

Lord Shiva said – O Devi, hence I have narrated to you this Supreme Knowledge as “Shree Ram Hridayam”, which I once told to Hanuman. A highly clandestine knowledge – it is a remedy for all difficulties, holy and giving delight to all devotees. The one who constantly studies this with devotion towards Lord Shree RamChandra, will surely attain emancipation. The negative effects of bad karma and heinous sins is eliminated by sincere study of this – this has been expounded by Lord Shree RamChandra, Himself. Anyone, who worships Lord Shree RamChandra and reads this with devotion, attains in their life a status that may even be difficult to be achieved by great Yogis of ages.