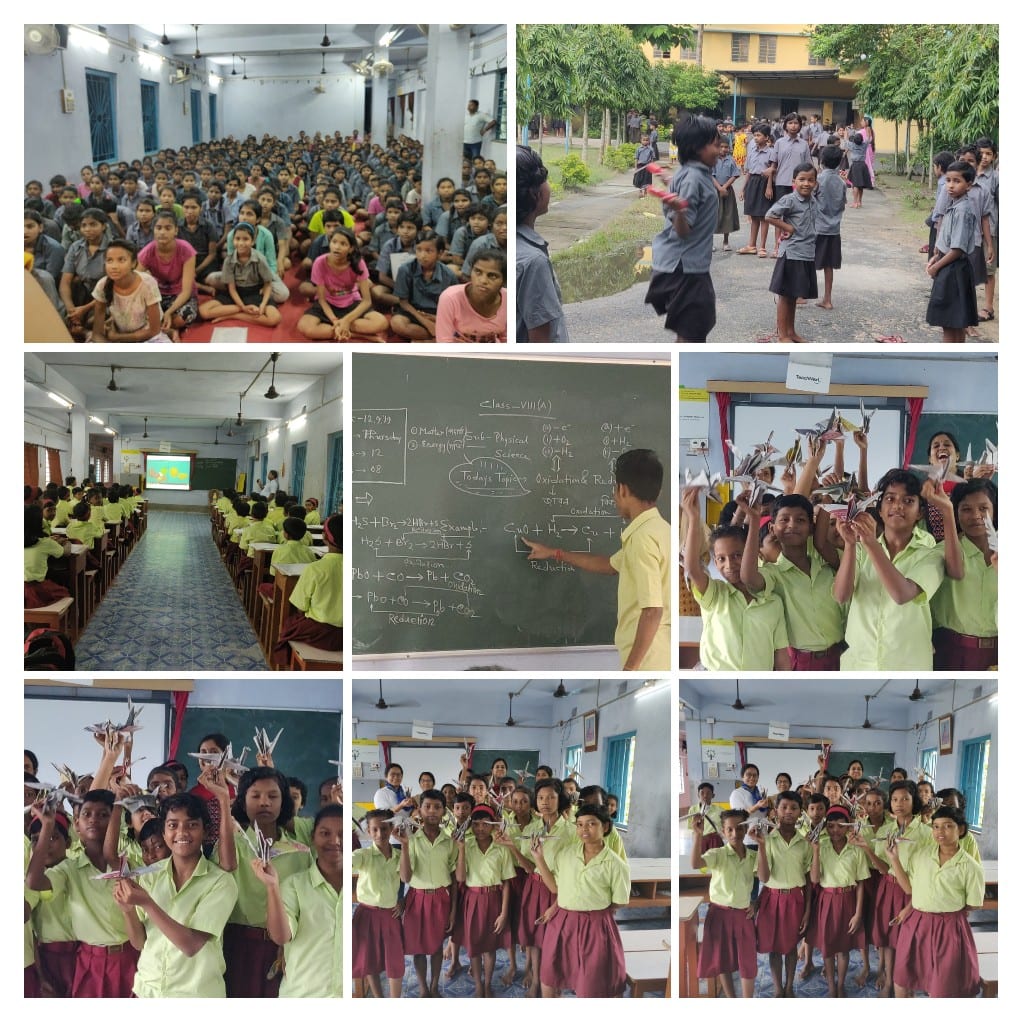 The Bliss of Unconditional Love

In October 2019 , I went for  the most  unusual journey  of my life -with my close friend Neha who had flown in from Singapore . We spent a week  in Kolkata ,at Parivaar – a NGO dedicated to the education and upliftment of kids from the poorest and most malnourished parts of the society . Parivaar is founded by Vinayak Lohani – a dynamic graduate from IIT Kharagpur and IIM Kolkata ,who renounced the lucrative life of riches which lay ahead of him and instead  devoted his life to the uplifting the lives of thousands of kids from absolute and overwhelming poverty , deprivation and destitution . Our objective was to volunteer our talent and time to serve any goal that Parivaar had  for us and just  presumed that most of it would be in the area of figuring out better management practices or some marketing or finance gimmicks .

We landed in Kolkata and after another 2.5 hours of a painful journey at a snail’s pace , reached Parivaar Sharda Teertha – their residential hostel located at the end of a large slum in Joka . Lines of girl students of all ages from 4 yrs to 18 years  looks at us with open curiosity and wonder  and smiled at us shyly . A smile that came from the heart ,open  and accepting  – that touches the deepest recesses of the heart ,lighting up every fiber of existence .

Sandhya di and Raju da- who were in-charge of the centre welcomed us so warmly that we immediately felt at total ease – despite neither me nor Neha knowing any Bangla . Surprisingly , Vinayak, the founder ,felt that  he didn’t need our expertise on finance or management .Post taking a tour of their campuses – Sharda teerth for girls and Vivekanand Sevashram for boys – we should devote our energies as we saw fit with the kids . A quick tour of the school and the hostels gave us an opportunity to observe the kids and their routine at close quarters . The hostel wardens were called “Ma”( mother)  and the cooks , and male teachers , Dada( elder brother) – to deeply embed the family ethos in Parivaar .They weren’t just named that way – they behaved like caring mothers and elder brothers too .

The kids came from extreme poverty and deprivation. Forget electricity , even potable water and basic sanitation wasn’t available .Unfamiliar with toilets, when they came for the first time , they would defecate in classes and on the floor until the  Ma and teachers lovingly  “toilet  trained” them . Kids coming from tribal backgrounds told us that they would eat rats and red ants for dinner when there was nothing else . These heart wrenching tales , sometimes told directly ( by the kids who knew a smattering of hindi) and sometimes translated -left us in tears . No wonder malnourishment left 14 year old kids looking like 4 year olds ( see pic of the little girl in Neha’s lap- she is 14!!)

In a couple of days- the little girls  aged 4-5 and the older ones gathered the courage to drag us to do skipping with them , play basket ball and generally chat with them. The mornings began with Sri Ramakrishna Ashram bhajans and the evening ended with them . The sonorous bhajans sung with feeling and devotion by a hall full of  kids – filled one with the feeling of deep gratitude and peace  and what a way it was to start and end the day.

As we racked our brain to think of suitable activities to do with them – we picked up Yoga in the morning , craft and music in the evening and story telling in the night . Story telling was my forte and  I asked the kids what type of story they wanted to listen to . Their immediate response was – bhoot ki kahani . So, I started with the story of Bhasmasura who self destructed with the intervention of Sri Hari taking the Mohini avtara . I made the story interactive , inserting a couple of games requiring concentration in between – the kids loved it and wanted to listen  to the story  again and again. On the first day I would have repeated the Bhasmasura tale atleast 20 times till my vocal chords ached . We painted the wall with the kids , served food and cleared the mathematics doubts of the senior students . We volunteered at the school dispensary and heard gut wrenching tales of how when the  tribal kids came back from a  vacation spent with their family – some developed severe infections caused by worms ingested under un-hygenic conditions – worms more than a foot long which ingested the entire veins of their arms and legs. Patiently caring for them  during the weeks they recovered in the hospital were Sandhya di or Raju da .

As we sat one day eating a packet of chips, we had brought along, watching a keenly contested football match between senior girls and senior boys team – the kids looked at it with undisguised  temptation . When we noticed , we beckoned them and offered them a few chips . Instead of devouring them on the site , they thanked us and went back to share the bounty with their friends and refused to accept a second helping . Their spirit of sharing and caring -when they themselves are so  deprived – whereas we  who are blessed with innumerable comforts – often forget and fail to do so   – really amazed us .

Kids would learn music ,craft , English and Math from us and sit still  listening to stories despite being bitten by innumerable buzzing mosquitos – until they were shooed away away after the last bell at 9.30pm by Sandhya didi.  Sandhya didi herself  became our “parivaar”discussing her diabetes medication , her family troubles and the little joys she found in bringing up these kids .

As the Durga Puja started – it was time for us to leave . On the day  of our departure  4100 students of Parivaar stood outside the building . Some wanted to hug us ,  Some shook  our  hand and some just told us with tears streaming down their eyes to come back soon . We could not hold back our tears either .

It felt like I was leaving the Parivaar which loved me unconditionally beautifully and with absolute purity . The bliss of that pure love still brings tears to my eyes. It’s a family , I am yearning to go back to – and would request you to contribute towards as they undertake their next mission to serve the most malnourished areas in Madhya Pradesh through Vivekanand Seva Kutirs

The memory of Parivaar always engulfs me with a sense of deep gratitude for the privileges I have in life. And for the opportunities I have to serve and make a difference to this unconditionally loving family of mine and others .


Login with Email
No Account? Create One
Caged
My Tribute to Arnab Goswami