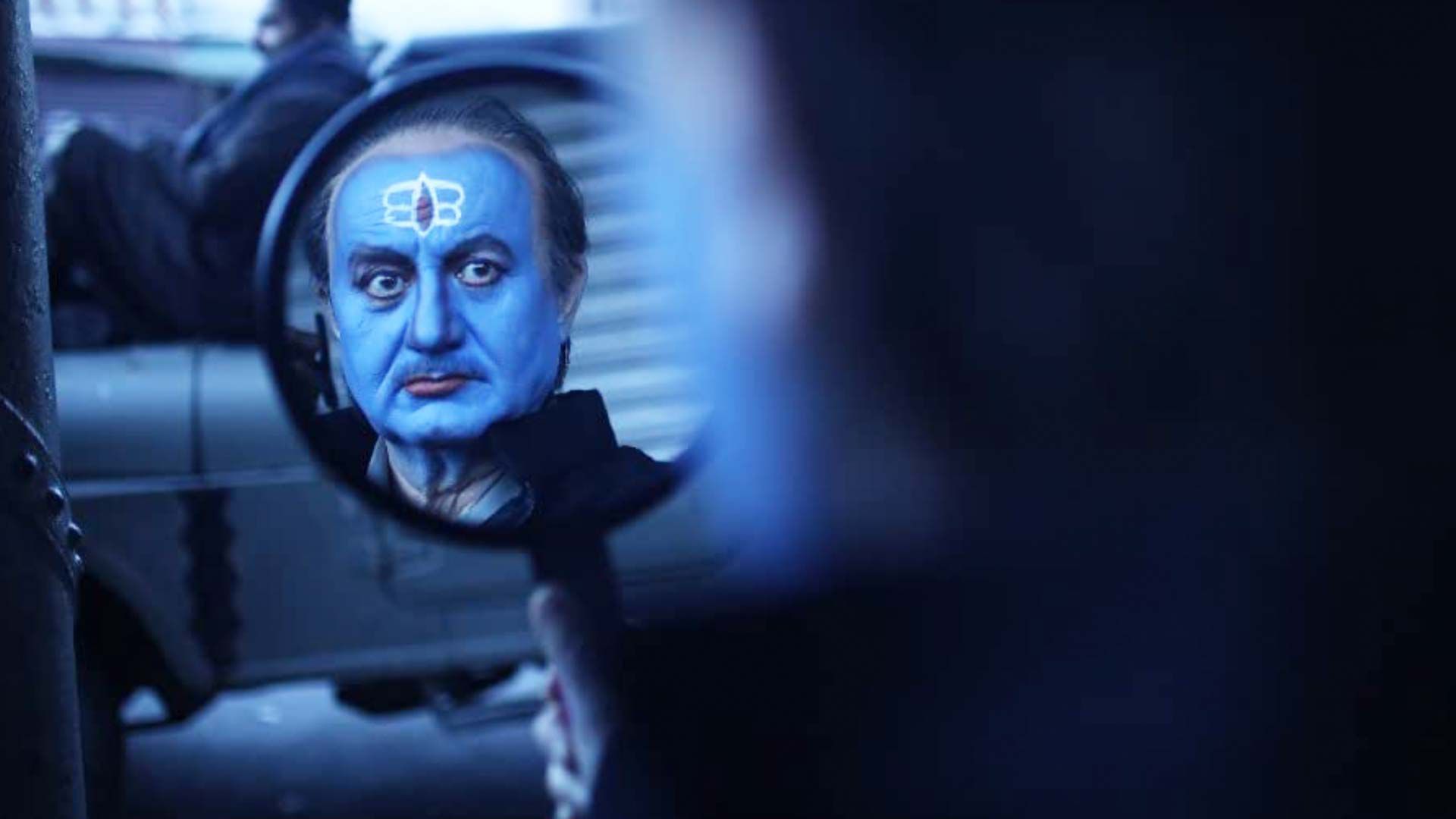 The Kashmir Files – Religion Vs Spirituality

Violence, Religion, Spirituality - Aren’t these fruits of the same mind?

I will spare you the details as there is already so much written about the movie, on the internet. For those of you who haven’t heard of it, The Kashmir Files is a a true narration of stories based on the interviews of 700 victims of the Kashmiri pandits genocide. The dialogues in the movie are not scripted, they are the real conversations between the victims and the terrorists. Hindu Kashmiri pandits were killed and tortured only because of their religion and thousands watched without intervening. The genocide happened 30 years back and that too post-independence! This truth was buried and suppressed only to surface now with this movie. Unbelievable, right?

Since its release, Kashmir Files has become a movement in India. I watched around twenty-one videos on Youtube where the audience coming out of the movie hall was asked one question, ”It is said that this movie is anti-muslim propaganda, and this may trigger violence against Muslims in the country, what are your views on it?” I was amazed at the impact of the movie and the power that truth had on the audience, as they walked out of the cinema halls. These lovely people only had pain in their voice, love, and empathy for the victims of this genocide. Nobody talked about religion or the idea of revenge. The same question was asked to Pallavi Joshi (Actor and Producer of the movie) in a Marathi interview, she simply smiled and said, “They should watch the movie, they will know it is not about religion.”

To think about it, if I were about to be killed in a war-like situation and someone saved me, would I ask that person, “Hey did you save me because you are a Muslim? Or did you save me because I am a Hindu or a Russian or an American? I would probably be thinking of finding my loved ones with the desire to desperately save them. I would most definitely fall at the feet of this person and consider him/er a manifestation of God.

Just like anyone else who knows about The Kashmir Files, I am impacted too. I first got to know about it when I read Dr. Arzoo Sharma’s post, The Kashmiri Hindu Genocide on os.me. My first reaction was, “Oh my goodness! I am not watching this movie, I never watch violent movies.” I watched the trailer and I couldn’t handle it, how would I sit through this movie?”

In the last three days, I went through a journey reading about it as I got to know more about it, I cried multiple times. I have now made up my mind to watch it.

Watching Kashmir Files would mean witnessing the truth as it was. Reading about it in history is different from witnessing it and experiencing it in your bones. This movie is providing me with that opportunity. I know that I will walk out as a completely different person after watching this movie. Knowing myself, I may go through the seven stages of grief but like I have said earlier in my post, spiritual experiences are unfolding right here, you have to see them – and this will surely be a painful spiritual experience for me. Yet, I know that I’ll evolve into a better person than I am today; more aware, more compassionate, filled with some more empathy. Isn’t practicing humanity and living by it the first stepping stone of spiritual awakening? And isn’t it all about doing the right thing at the earliest possible time? Now?

In one of his interviews, the Kashmir Files moviemaker Vivek Agnihotri said:

“Just because it is not knocking at your door, and maybe happening in the neighborhood, or next state or another country, it doesn’t mean that it is not happening. It could be as close to you as you can think.” I am writing here because we are a spiritual community, we all have signed up to stand up for truth and compassion. If I were to ask a question to myself after knowing about Kashmir Genocide, I have these in mind:

I know you already have some answers and suggestions for me. I’d love to hear them because I really want to stand up and do something. Right now I am offering complimentary tickets to almost everyone I know – my American, Chinese, Mexican, and Armenian friends. I have even extended the gesture to my daughter’s teachers, and the head of her middle school. I feel lucky that this movie is running in my city. This post is also a part of that effort.

I have also initiated some conversations with my daughter. I asked her the other day:
“Who amongst all the people you have read about would you call a changemaker?”  She took a while to answer. Then she shared a story about a US military personnel, who was a comedian before he joined the military. He was stationed in Afghanistan where he met a girl. That girl was a refugee in the camp. She had gotten married off to a forty-year-old man when she was only thirteen years old. At the age of fifteen, she got pregnant and unfortunately, they were attacked by the militants. Her baby was killed even before it was born and here she was in the camp as a survivor. The officer started talking to her and cracked jokes, she laughed and laughed, more refugees came in to see what was happening and the laughter went viral.

My daughter said, “In my mind, he is the change maker. He made those people laugh who most likely would never experience laughter in their lives after the trauma they have been through.”

I said, “ Oh, that’s a new insight. I was expecting to hear someone like Martin Luther King Jr. or Mahatma Gandhi”. She said,” Mumma, they are history, and of course, you learn from history to become wiser, to not repeat the horrid mistakes people have done in the past. A Changemaker is someone who is doing something “now” in the present”.

In my mind, whether it’s Russia – Ukraine war or it’s the India-Pakistan tension, I am part of it. Whether I agree with it or not. I share this planet with everyone else. In Kashmir Files, there is a scene where a woman is about to get killed by a terrorist and all she could do is chant “Om Namah Shivay”. Her son is watching her die and she is watching her son get captured. I cannot imagine that moment or state of her mind when she was calling for God in hope. There are only two possibilities in this situation, you can be her Shiva or you can be that terrorist who is about to kill her. There is no third possibility. When we exercise no tolerance to cruelty and injustice today, we are being the Shiva. And when we don’t stand up and tolerate violence we are being the terrorist. The choice is now! 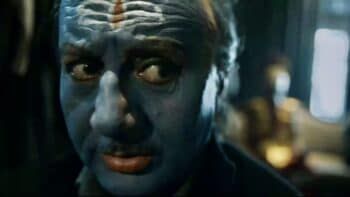 I would love to hear what you are doing to bring the change? Would you like to share the conversations which you are having with your kids/family? Please do. Let’s give a safe future to the upcoming generations. It’s our duty, it’s the least we can do. When they look back at history, if they see darkness, they should also be able to see the light of compassion too. Let’s be a changemaker, in the now. Right now. 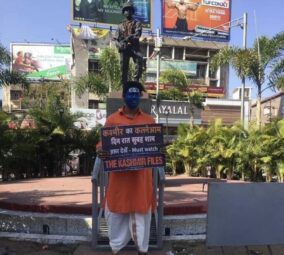 To finish off, I couldn’t help but also add some random shares:

Source: I picked up these shares from the comments on multiple Youtube videos.

Please do watch the movie, to save us, to save humanity, and to give a safe future to the upcoming generations.

Hi, I am Nikunj. It’s difficult to write more than just a name because I am so much more and yet less than a dot in this massive universe. This dot is trying to find passion in day to day life. Sometimes, I am a bright dot, sometimes an angry dot & sometimes a happy dot. Currently trying to be an internet marketer to connect the dots…

Letter to My Daughter
Happy Holi