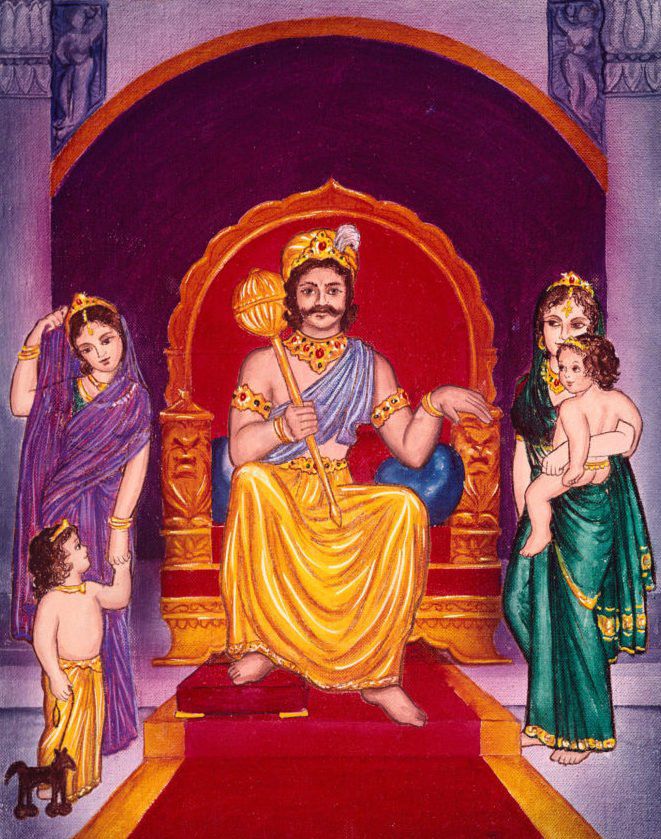 THE LEGEND OF “DHRUVA”

THE LEGEND OF “DHRUVA”

In Indian mythology Dhruva was the son of King Uttanpada.As a child he was pushed away by his step mother when he attempted to share his father’s lap with her son.Dhruva’s mother advised him that he had no chance to succeed to the throne because the king’s affection for his step mother made it obvious that his step brother would succeed the throne.
Dhruva vowed that he would seek no honour other than that which his own actions should bring him. On his mother’s advice, he left home to take up the path of devotion to God, It is said that he was initiated into the path of devotion by Narad the principle disciple of Lord Vishnu.
Dhruva applied himself to bhakti with such devotion that Lord Vishnu was pleased with his devotion and appeared to him and raised him to the sky as the “pole star”, the symbol of stability, determination and unwavering commitment.

Why is Numerology so Important?
The Beauty of Bhakti