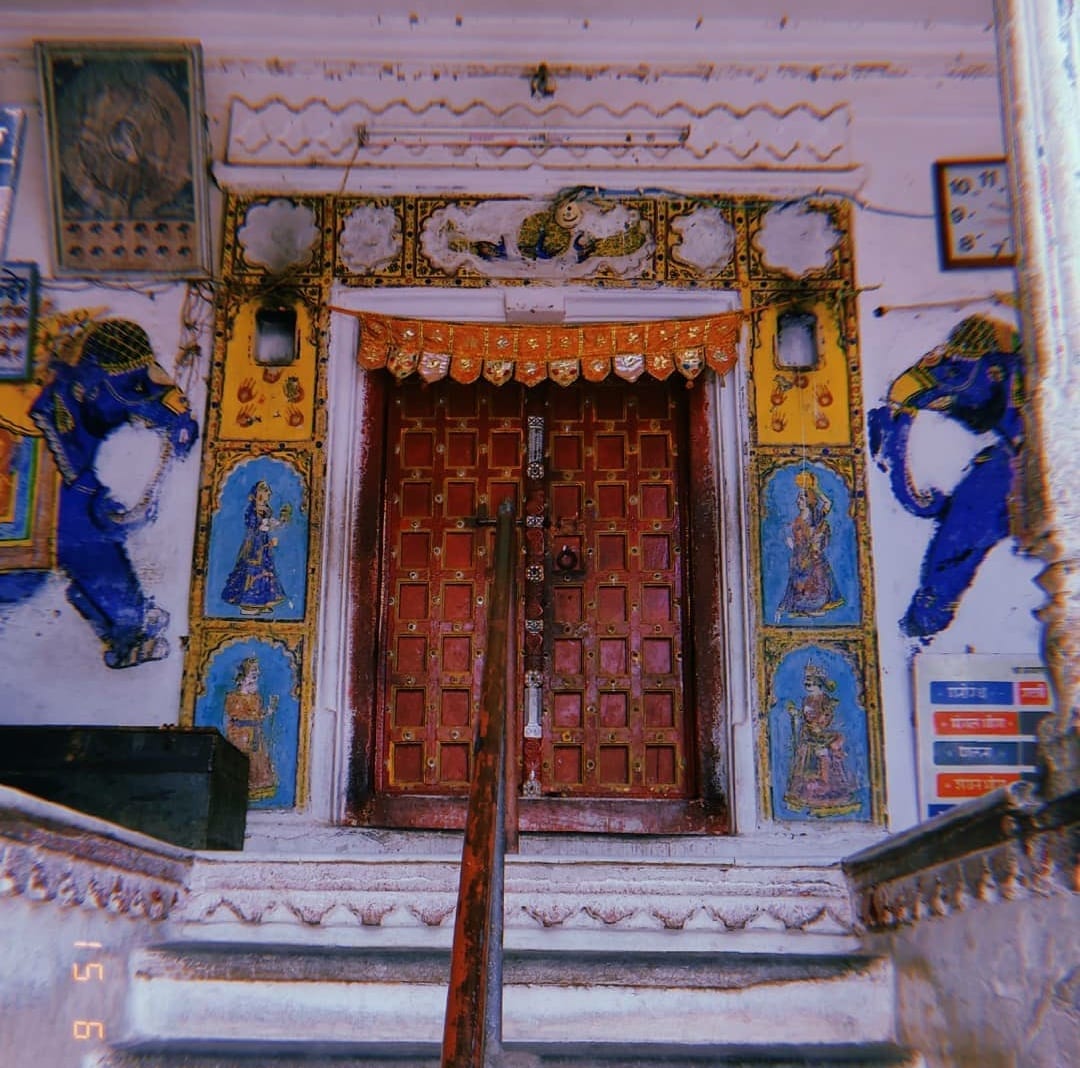 The Puzzle of Dream to Destination

From my dream palace to bhagwan's haveli

I was 9 years old, the first time I had that dream.

But I was too young to remember all the details and it wasn’t scary so I forgot about it.

A couple of days later I had the same dream again, but this time it felt too real to be forgotten. I woke up and told my mother about it, she heard me patiently but couldn’t figure out what it meant. She was just happy to know I was not scared.

As I grew up, I kept having that dream, a dream of a familiar place, it was grand and confusing like a maze, and had beautiful mandalas on the floors, enormous dome-like roofs, and countless windows through the walls.

Different events would occur here, I felt like I had been to this place numerous times and saw myself peeking through the windows. But I hadn’t, ever.

It started to bother me, it felt like a puzzle I couldn’t complete.

In this familiar place, I also saw a beautiful black statue, whose eyes were slightly open, and had something shiny on the chin.

It was Godly even in the dream. I described the statue to my mother but she had no idea what it meant.

Now even though we were a Religious Bhramin family who would visit temples often, our gods were mostly limited to Devi Maa, Shiv Ji, Bhagwan Ram, Ganesh Ji, and Radha Krishna.

All the fancy bedtime stories revolved around them and they were easy to remember. The description of my godly statue didn’t match with any of them and I didn’t have it in me to look up all the 33 million Gods.

So I tried making peace with the dream and it became my fantasy land.

A couple of years later, We moved to Udaipur for my mother’s Post Graduation, it was a beautiful little city.

One morning, I woke up to the same dream with yet another different event that took place at the grand palace, and as I was describing the event to my mother and her friend, who I called Maasi, she interrupted and told us about Shri Nath Ji and his haveli in Nathdwara.

Shrinathji is an incarnation of Lord Krishna, manifested as a seven-year-old child and Nathdwara Ji is the place where his principal shrine is located, she was sure my description matched to that of Shrinath Bhagwan, but I was still skeptical. And so we decided to pay a visit to Bhagwan at his haveli, in Nathdwara.
We prepared for our trip and Maasi warned us that the place would be crowded as it was exceptionally famous.

The day of our trip arrived and I was extremely excited. I was finally going to find the missing part of my puzzle.

As we reached there, something felt weird in my stomach, like thousands of butterflies were jittering inside. I knew that was it. That was the place I kept seeing in my dreams. But I was yet to see Bhagwan.

As we went inside the Haveli, I finally saw the Mandala floors, the roofs, and all the windows, the feeling was ineffable and I couldn’t wait to see Bhagwan any longer. As we moved through the crowd, I finally saw the statue, He had the same eyes, the same shiny chin, the same everything. I couldn’t believe what I saw, I was speechless, teary-eyed, and shocked beyond my imagination. I could hardly see him for 10 seconds but that was it for me.

But I still didn’t know what all those events meant and why would Bhagwan give me a visit and so I promised myself to find all the answers when I grow up and visit him as often as I can.

We moved back to our city a year later and it became hard for me to visit the haveli, but the dreams continued and I was at peace!

After I completed school, I finally decided to go to Nathdwaraji again and I did. It was my first solo trip ever. And also the first time I realized how much I loved traveling.

As I reached the temple, an adventurous day awaited, it was one of the hottest days and was crowded beyond my expectations and to top it all, I missed my chance of getting inside the temple premises by 2 minutes. Now I had to wait for at least 4 hours to get inside and after an overnight bus journey, it felt next to impossible but nothing compared to all the years I had waited.

When I finally went inside and saw Bhagwan again, that 2-second glimpse made all the efforts feel worthy, before being pushed by the crowd.

I came out and saw him again from far, that’s when an elderly priest crossed me, I went after him with my questions, he had an unmatchable speed and after almost losing him in the crowd I somehow managed to ask my question, he finally stopped, looked at me, grabbed me by my hand and asked me to follow him while hearing me out.

Once we reached a less crowded area, he answered my questions one by one and offered to show me all the places I saw in my dream.

He then took me to Laddoo Gopal’s temple, as he moved towards the sanctum (garbhagriha), I waited outside near the crowd, but he grabbed my hand again and took me in, inside was another priest, he gave me a confused look and the priest who was with me, told him, “yeh ladki bhagwan ko pehle se janti hai, saalo se bhagwan darshan de rahe hai”
(meaning: this girl knows bhagwan for quite some time, bhagwan has been visiting her for years.”)

I had never felt more special in my entire life.

The priest gave me a smile, picked a small idol of Laddoo Gopal kept in the temple and gave him to me, and said, “Keep him, he will keep you safe.”

I felt like I was dreaming all over again. All the aunties who pushed me earlier gave me weird looks but I was on cloud nine already.

Once we came out, I asked my last question, “But why would Bhagwan visit me of all people?” and he just smiled.

I was still confused but also comforted. I touched his feet and tried giving him some money but he didn’t take any and asked me to put it in the donation box instead.
I thanked him and he asked me to visit again and I told him I couldn’t wait.

And in that moment, I finally finished my puzzle and reached the destination.

A journalist in making with a dream of change, who loves to travel, click pictures of all things beautiful, hear stories from people and someday do her Guru proud.