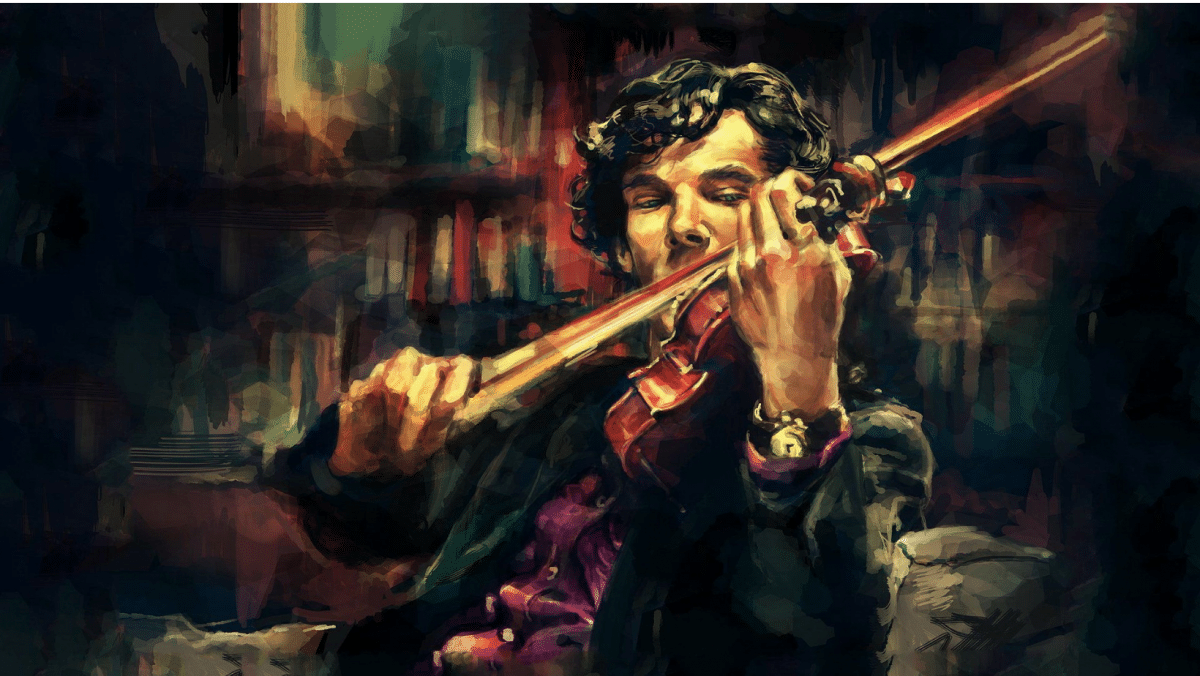 "Your own death is something that happens to everybody else, your life is not your own."

“I had no idea this is how it feels,” I exclaimed! It was with reference to my sleepless nights watching Netflix and binging on trash (kachara-patti as I refer to junk food) in the warmth of my blue comforter, in the holiday season of December 2021.

I think it did add to my recovery from a stressful period, besides warm tea and Sadhana.

It felt good, more so for someone who has never been a ‘telly’ lover (now this is the influence of the Netflix series ‘Sherlock’ on my latest lingos). I have preferred books to television for the longest years. This was my first binge-break on the insistence of my best friend, with interludes for blogging on os.me and reading, which I took, utilised and loved.

I watched many series similar to how I would read books after books and observe the impression they would leave on me. Taking a note of these impressions has been an essential part of my consuming content; textual or visual as I know that we mirror a bit (or a lot of) the company we hang out with. Therefore the right environment, content and context are imperative in the era of socially distant, nuclear societies.

Sherlock (BBC’s acclaimed adaptation), I thought would be the boring one with intricately plotted crime stories, but as it turned out, it was the most stupendous of all; including the actor Benedict Cumberbatch and the mind of the British writer Sir Arthur Conan Doyle-the spine of the series.

The greatness and the wit of Sherlock Holmes took me by surprise as I was oblivious to the treasure of wisdom ‘this character’ carried. Shown to be devoid of emotions and gifted with genius, the man possessed the essence of a selfless human not often shown in his disposition.

As the seasons unwrapped, I noticed that he was not only in the state of genius calculations but also in the realms of higher perceptions, meditativeness and involvement—as that of a Sadhak who is walking on his unidirectional path, unperturbed and undisturbed in the middle of worldly chaos and obligations; like a Sage, a Mystic, a Yogi.

Sherlock, the crime detective, or rather “The Spiritual Sherlock” the least expected of all, dispensed intricate dialogues, and here I share my own understanding/interpretations of them with the world, with a warm ‘cuppa’ (again the lingo’s influence):

“When you have eliminated the impossible, whatever remains, however improbable, must be the truth.”

This is profound yet debatable. I thought of certain situations in my life and found this fitting in some contexts while absurd in others. When I’ve eliminated other possible reasons, the one that remained seemed ‘can’t-be-true’ but it turned out it was, and shocking too.

On the other hand, in contexts/situations in which no reason made sense, it left an open door for me; the door of “I don’t know what I don’t know.”

There are variables that lead to a certain outcome in our lives, and to blame the variable that remains (after eliminating others) may not be the wisest thing to do. Therefore, it puts me to rest on certain questions in my life that are beyond my control. I know even though I have exhausted all other reasons, the one that remains may not be true. I leave it to the Universe’s intelligence and move on.

“Taking your own life. Interesting expression – taking it from who? Once it’s over, it’s not you who’ll miss it. Your own death is something that happens to everybody else. Your life is not your own. Keep your hands off it.”

The above expression hit me hard. Life is so precious, and yet in utter grief, we find it unfitting and redundant. The gone-one does not miss it, but the ones who are left behind live, dead. It’s selfish and criminal to end your own life besides the fact that it relegates one into lower realms of evolution.

Our life is not just our own but a part of many others’ worlds. So, keep your hands off it, however grim the day may look.

💫 Life is beyond the present selfishness. It is more of what we leave behind.

“Don’t make people into Heroes. Heroes don’t exist, and if they did, I would not be one of them.”

It breaks my dogmas and conventional views of what heroes are supposed to be. Heroes are not flawless or superhumans. I recall Sadhguru say “This is not about being superhuman—this is about realising that being human is super!”

💫 As long I live in my essence of being a human and enable others to live in theirs, I am a hero. So are you!

As the dialogue goes between Dr. Watson (a character in Sherlock) and Sherlock, one says, “It’s ok” and the other says, “It’s not ok.” They agree, “It is what it is.” It is a bright space to turn inward when you’ve tried your best, kept your hand on your heart, and accepted the outcomes however far they are from your expectations.

💫 In the middle of ‘whys and whats,’  there is a bright space; the space of total acceptance- ‘it is what it is.’

“What’s the very worst thing you can do to your very best friends? Tell them your darkest secret. Because, if you tell them, and they decide they’d rather not know, you can’t take it back, you can’t unsay it. Once you’ve opened your heart, you can’t close it again.”

Beautiful! This one by the character Culverton Smith, to me reflects the core of human interactions and workings of emotions. Once we’ve loved, can we un-love? We can stop loving or start hating but can we un-love that love? Possibly, we cannot.

We can stop telling ourselves all the hurtful stories of the past or present, and understand that rejection (of any kind) is not our fault. If we had chosen to open our hearts to someone, no hurt should close it down.

It can continue to remain open for our expansion and evolution, and for the world to see the best in it.

💫 No rejection or hurt can shut down heart-feeling-factory.

I would have also liked to share the wit and humour of Sherlock’s that sent me into splits, but that best be seen and enjoyed.

Dialogues: From Sherlock on Netflix

AM I STILL NOT PREPARED!!
Rules of Life