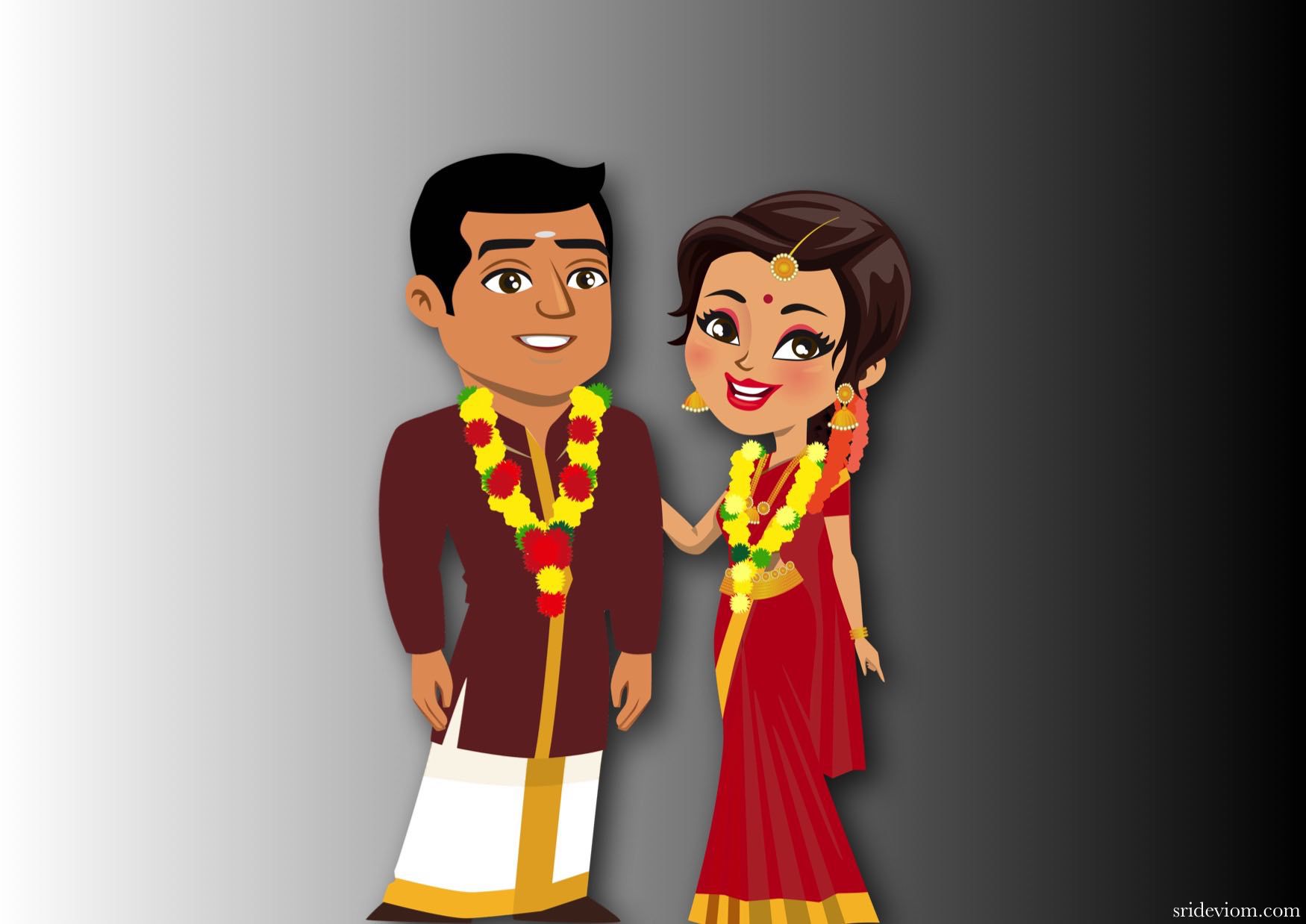 The Truth of Fairy-tale Marriages

Marriage can feel like a fairy-tale if we work towards it.

Unhappily ever after was my definition of marriage. Saffron-clad monks seemed happier (an illusion that Swami helped me overcome), and that’s what I had planned – to renounce. Despite my design, sympathy for my whining parents and my insecurities led me into the institution I dreaded.

A coworker appeared interested in me. Divided from within, I confided in my mother. I had coveted her guidance, but my parents hurried into action. The next morning, a truckload of emails with suitors from a matrimonial website greeted me at work. My modern-day Svayamvara had commenced.

Dodging of their emails got me seated before the late respected Swami Dayananda Saraswati, at Saylorsburg, Pennsylvania. May this sage restore my parents to their senses, I hoped. The pontiff said, “She may find a suitable match in my Purva-Ashrama relative.”

Perplexed, I scanned the latest curated suitor list. My eyes stopped at a teetotaler sans ostentatiousness, who posed shyly. The kind of simplicity I adore! Perfect, I thought. Our horoscopes matched, and after six months of long-distance courtship, I was a married woman. My husband and I hit it off well, and our marriage had a rock-solid start. Sadly, that’s where the fairy-tales end and the real story starts.

The stork delivered our bundle of joy! The pleasure of being a mother is incomparable to anything in this world. Yet, the pressure it puts on a woman juggling home and career is intolerable. Add some manipulative relatives to the equation; life becomes unlivable! Long story short, I was overworked, got emotionally abused, and became severely depressed.

Gradually, my husband and I started drifting apart. Along with the distance grew our egos and negative baggage. I resolved to end my marriage, and tried everything in my might. My husband refused to let me go. I was at my wit’s end, and he was determined to make it work. And then arrived the one who made a difference – Om Swami.

Copious miracles arrived with Swami. Out of a book full of them, one remains close to my heart. It occurred when Swami visited us. I was driving my car. Swami was in the passenger seat of my husband’s car, which followed mine. We stopped at a signal, and I glanced at the rear-view mirror. I could see my husband, but Swami was missing! How on earth did that happen? My husband didn’t stop anywhere. Where did Swami go?

Taken aback, I enquired if my co-passenger could see Swami. With a quizzical look, he reinforced that Swami was visible to him. Bewildered, I looked again. It was evident that my husband was talking to him, but there was no Swami. The signal turned green, and I rechecked the rear-view mirror. All of a sudden, there he was! Sitting in all his Divine glory and chatting away. He had revealed his Formless Self to me.

Swami’s sweet countenance and his wisdom lured me to him. When I’d gotten friendly with him, I gathered some courage and declared, “I’m tired of my life, Swamiji. I’m getting a divorce.”

Suddenly, his face changed. I saw a different avatar of him. Not an iota of anger, but a stern look that could scare anyone out of their humor. Without batting an eyelid, Swami said, “I’m not in favor of divorce (for you).”

His demeanor shook me. Never had I seen him like that! I was infuriated but reluctantly obeyed his words. And, that was the best thing I ever did.

Today, I can declare confidently that fairy-tale marriages exist! It’s not easy, but with spiritual evolution and some management skills, it’s achievable. Below are two sets of pointers that worked for my husband and me.

I spent more than a month with the renunciate. Throughout that time, I worked on myself, cared for those around me, and performed Ashram-related tasks to my ability. When I was down sick, a couple of beautiful residents served me food and meds.

Back home, I work on myself, care for those around me, and perform household tasks to my ability. When I get sick here, my beautiful family serves me food and meds. Presently, I see no difference between the two. Indeed, it was my ignorance that valued one lifestyle higher than the other.

FamilyRelationshipsSlice of Life
Support This Author

The Higher Ground
Physics of the Mind