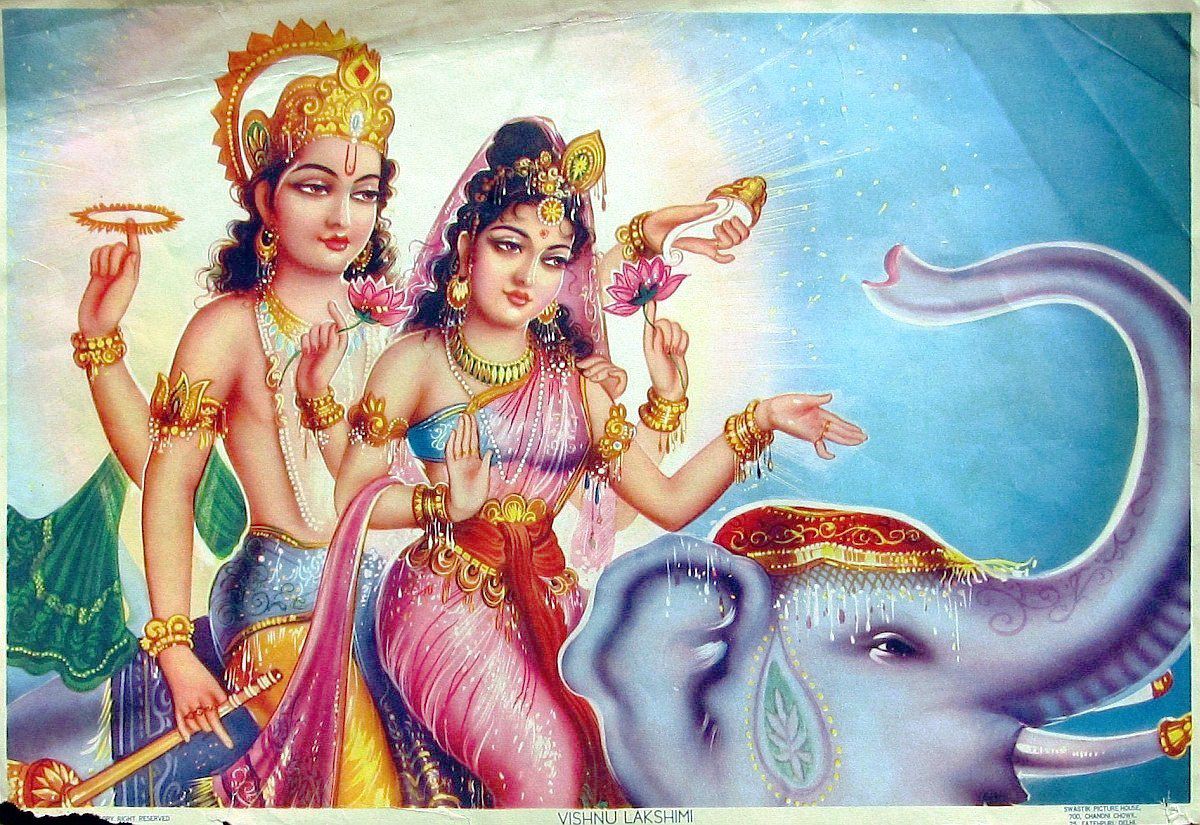 A beautiful story on the auspicious occasion of Akshay Tritiya.

Fighting for more than 10 thousand years, Bhagwan Hari felt little bit tired and decided to rest for sometime. He chose a place and in his padmasana he put his head on the edge of a bow whose string was already tighten perfectly. With no time Hari went in to a deep meditative state i.e., Yoga Nidra. There all the Devatas decided to do a Yajna to increase their powers in the presence of Trimurti. To their surprise they found that Sri Hari was not there in Vaikuntha. Then Brahma Ji with his Gyan Drishti saw the place where Hari was resting.

Brahma Ji along with Shiva, Indra and other Devatas came to the place where Hari was resting in his padmasana posture. As it’s a basic rule don’t disturb someone who’s sleeping. So Brahma Ji created termite (Deemak). Brahma Ji ordered Deemak to eat the bow so that Sri Hari will wakeup but deemak refused that it’s Adharma. But then deemak said okay I’ll do this if you give me something in return because that’s the basic rule of nature, “to get something, you have to give something”. Brahma Ji promised whatever will be there outside the Hawan Kund, charu, samidha and all that will be your part. So deemak ate the bow and with in no time string cut the Hari’s head and Bhagwan Hari’s body was headless.

What? This was not which we were supposed to do… Brahma Ji was in a great tension too because the one who is supreme is headless… How it is possible? Everyone was in a great stress. No one knows what should we do next. Brahma Ji decided now we will call upon her, who’s the creator of us, who’s Shakti, who’s Mother of this Universe, Maa Aadi Parashakti…..

Brahma Ji requested Vedas to do Stuti of Parashakti. Vedas did the same. They invoked Mother Divine… After completion of Stuti the formless Mother Divine was standing in a beautiful form in front of them.

Maa said: “I’m so happy by this Stuti and I bless this stuti, who so ever chants this with devotion, love, his or her all wishes will come to true”. Then Mother Divine asked them why they invoked her. Devatas explained their situation and said Hey! Jagdamba, it’s difficult to accept that this incident was because ok Karmas of Hari because he is beyond this and the one who meditates on you is free from all sins and he can’t commit any sin, we believe this. We want a solution for this problem and we want to know the reason why this all happened Maa?

Devatas, you guessed right it’s not because of Karma. I’ll tell you why this happened?

One when Lakshmi was serving Narayana in Vaikuntha, Narayana started smiling and then due to increase in Tamas gun Devi Lakshmi thought that Narayan is laughing at me and probably he is thinking about someone else. In this Bhava Devi Lakshmi said, “your head will get out of your torso”. Maa Sri cursed Narayana. Hari is leela purshottam and this time again he was doing his leela.

Same time when Lakshmi cursed Narayana, a demon named as Haygreeva (Horse) who was meditating on my Tamsik form. And after his difficult penance I gave him my drashana and I told him to ask anything he want. He asked to be immortal but I refused because that’s against the rules of nature. Then he asked that only a Haygreeva can kill me. After getting this boon he started torturing innocent people.  Now I’ll put a head of Haygreeva on Narayana and he’ll kill that demon.

Bhagwan Haygreeva killed that demon and again the earth was a happy place.

Whoever listens to this story of Mother Goddess, all his sins gets destroyed and he attains all the pleasures of the world.

Today is Akshay Tritiya and I pray to Mother Divine to bless you. Whatever we do today it gives us akshay phal which means it’ll not ne destroyed by any karma till the end of Srishti and we read this beautiful story today so we will get akshay phal.  Today is birthday of Maa Matangi, Lord Parshuram. This day is very blissful. So chant her holy name and get immense benefits… Keep your ego, anger, lust and other vikaras away from yourself. Let him do his Leela in your life…. 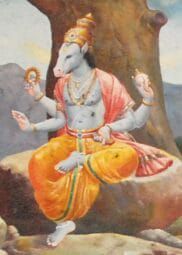 (If anyone wants that Stuti then please let me know in comment section.)