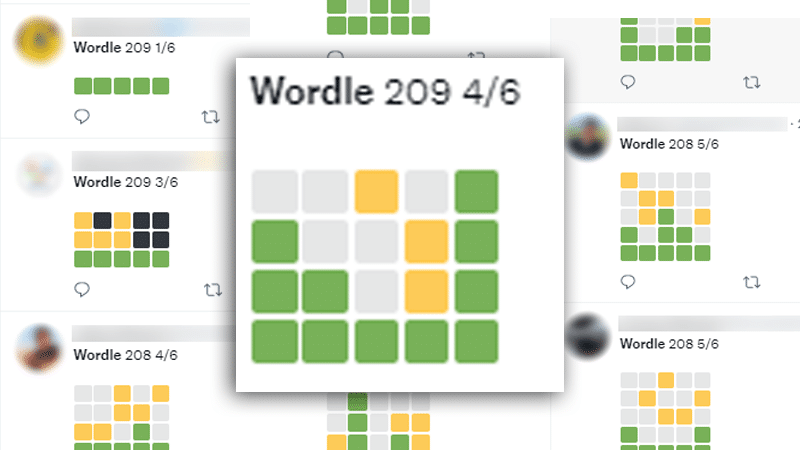 This is about the online game Wordle that has taken the world by storm, despite is outright simplicity and what we can learn from it

Its WEEKEND!! and weekend means fun and games. So here’s something about a game called Wordle. But what if while you are playing the game, there can be some lessons for learning in life? That’s what I am trying to do today!!

If you have never played the game ‘Wordle’, then I would recommend that you try playing it once, as you will be able to relate to the article a lot more.

While there are many versions and variations in the market (read internet), here’s the link to the most popular one hosted by NY Times: https://www.nytimes.com/games/wordle/index.html

To start, here are the rules of the game: 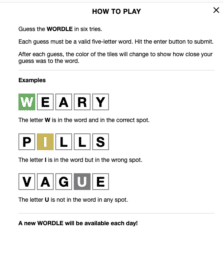 So every day, there is a 5 letter word you need to guess. There are multiple answers possible, but they have just one word as the right answer, so you need to guess it. It’s a combination of intuition and luck.

People have different ways to approach the game and that is what helped me draft the analogy, the Wordle of Life:

In the early stage, we are in the discovery mode, we do not know whats good about us (the green letters) and what’s not good about us (the black, unused letters) and what is WIP (work in progress) or something more fluid (yellow letters) – which can become good, only  if we give it attention and practice it regularly (put it in the right place). This is the stage where some of us prove to be child prodigies and get really really lucky (guess the entire word in first or second attempt).This is a combination of mostly luck with some intuition built in. But clearly, these are the minority and we can easily ignore them, instead of envying them. This phase has very few regrets (as there are many more letters yet to be tried, than those already used) and we can be optimistic about the stages (life) ahead.

Middle Stage:
As we move into the middle stage, we are confident of making a mark in life (having a few green and yellow letters already) but are not exactly sure what life has in store for us – what are we destined to ultimately grow into (guessing the whole word). We further experiment by trying to consolidate the position.  This is the phase where more people start understanding their purpose and start working towards a more fulfilling life (all greens, guess the right word) and some are in the ‘almost there’ phase (few greens, fewer yellows, but still a few blacks). This phase also has some regrets, for steps that one could have taken in the past (been more smarter in choosing the letters, not gone after vowels, might have tried testing more consonants instead, given more thought and consideration to a few letters and where they are to be placed or just trying to include them in the schema).

Invariably this is the stage where bulk of the players (people in life) find their mojo (guess the right word). They are either resolved to the fact that they made some wrong decisions, chose wrong letters (relied on wrong skills) in the first stage due to which they are now more of an ‘average’ player or they are proud of the fact that they chose the right set of skills (letters), which they built upon to either get their purpose in life (guess the word completely or are almost there, as good as done) or already guessed it (made it in life, have made a fortune for themselves and can happily retire early to a comfortable late stage of life).

While choosing a wrong letter  (wrong skill) to use (skill to adapt) is perfectly possible, one is expected to learn from it (not to use it again). However, if we are not attentive enough and use the same wrong letter again or do not try to change the position of the yellow letter, there is very little room to regret and (the game) life makes us pay heavily for not learning from our mistakes.

The Last Stage:
As we move into the last stage of of the game (life) , we are more keen to apply finishing touches ( to our life), more or less resolved to what we have to our fate (knowing that we did not do too well) , instead of having much hope for the future. As we know whatever little we achieve (guess the remaining letters), will be more like too little too late and really not get as much appreciation, as in earlier phases. However, regardless of what the world might think (people who got in 1-4 attempts itself), we know that we did put in our best effort and we had to work with certain limitations from childhood (making some totally random guesses of letters). We also discover that some of the skills, if enhanced (double letters) can further accentuate fulfilment in life and we do not have to keep discovering new things (trying more letters) all the time. All of us do not have to end up being all rounders (all 6 being unique letters) and some of us can focus more on some skills and just get better at them (double letters).

Wordle (life) gives different words (challenges) everyday. And all the players (people) handle them in different ways (approach to life) and fare differently (no. of attempts varies everyday for everyone. No one is super good or super bad). The success on day 1 (getting it in 2 attempts) is no guarantee the next (one can end up not guessing even after 6 attempts) – one can be in late stage in life and be full of regrets.

But there is no reason to regret, as there is hope for the next day, which will bring a new word, a new challenge, a new perspective and a new opportunity to prove (or disprove) to try and succeed (or fail). Wordle of life tells us to take life as a game, take your chances, pray for luck, respect the other players, do not cheat (as there are no prizes for the winners), there is no ranking (the whole world has millions of people playing), there is no time pressure (you can take your time and do it any time during the 24 hours), there is learning (we make random guesses at times based on the letters in hand and realise that there is actually a word like that !) . All these aspects make us see the deeper and yet simpler meaning of life. Play the game of life to enjoy, not just to win and appreciate its finer aspects.