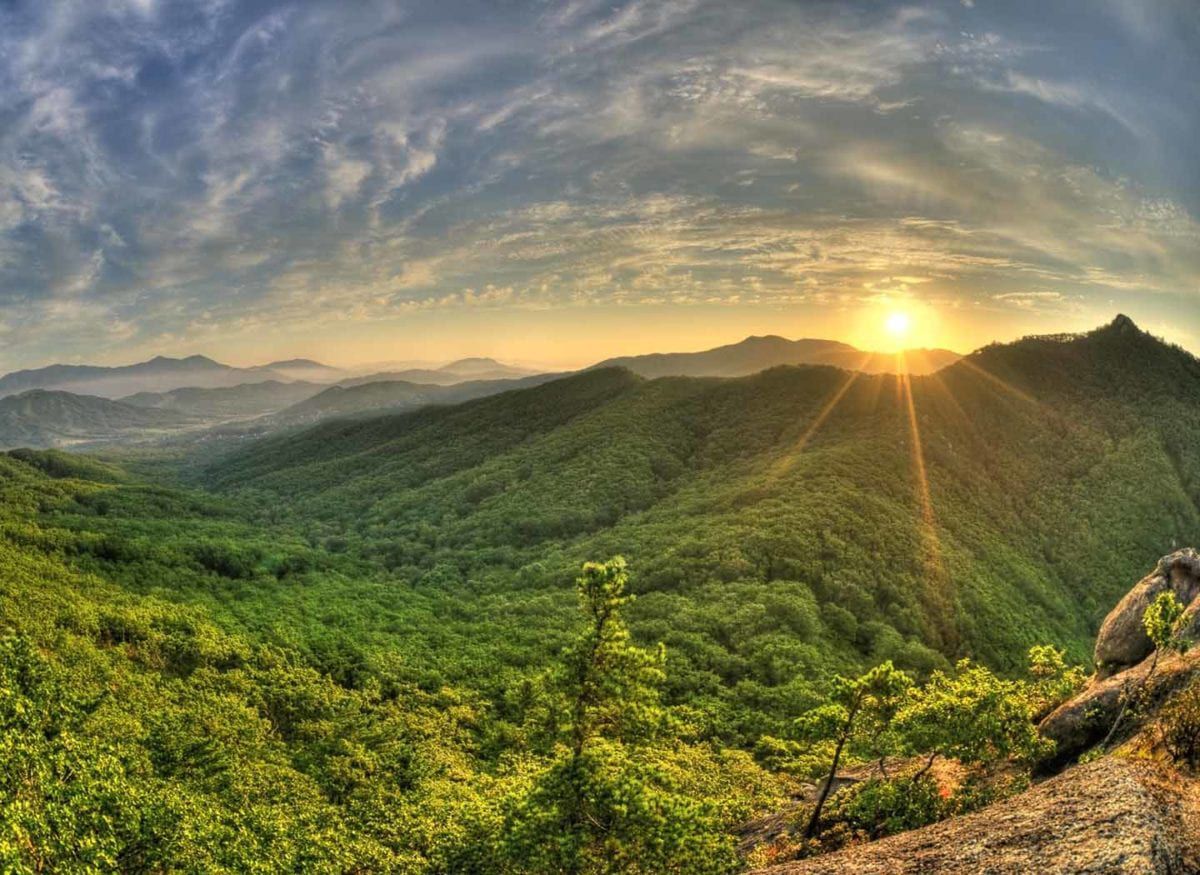 The green mountains, blue sky, beautiful sunrise, it's all there. You will only see the beauty though when you learn to see past yourself.

Why are some people sensitive towards the needs of others while many just couldn’t care less? What is it in a person that better equips them to have greater empathy? There’s this famous and beautiful devotional song in India. It was Mahatma Gandhi’s favorite song, in fact. I quote below the first couple of lines:

There is something rather peculiar about suffering. It does different things to different people. Some of those who suffer decide to give it back to the world. “I didn’t have it easy, so no one else must have it easy either,” they believe. Whereas, there are some who do exactly the opposite. “No one else should suffer like I did,” they say. There is no dearth of people in either category, our world is full of good and not-so-good people. The question, however, remains: why do some people are more caring or empathic than others? Let me share with you a quick story first.

A guru taught a king’s son for twelve years and turned him into a fine young man — civil and noble. When he handed back the prince to the king, he couldn’t stop praising him. He predicted that the meritorious prince would be a great emperor one day. A few years went by and the prince began taking greater control of the affairs of the state. The aging king decided it was best to crown his son and retire.
Naturally, his guru was specially invited at the coronation.

“O Master,” the king said at the ceremony, “please bless your pupil so he may be a just king forever committed to the welfare of his subjects.”
The guru smiled and slowly walked up to the prince. Instead of blessing though, he started beating him with his stick.
The king, prince, courtiers and everyone else were shocked and appalled, but none uttered a whisper until the guru stopped.
“It is your right to punish me, master,” the prince said, “but, please tell me my crime.”
“Yes, sage,” the king followed, “why did you whip him? For what mistake?”
“There was no mistake,” the guru said. “This was the last lesson. Tomorrow, being a king, sometimes, he’ll have to punish people. Now, having experienced pain, he would exercise the right restraint. He’ll better understand the feelings of the one being punished.”

I like the message in this story. Somewhere, to truly understand the pain of the other person, to empathize, we must know what it’s like to be in pain. Paradoxically, it is why a certain degree of suffering can bring people closer to each other. It quickly breaks the superficial layers of hypocrisy, it thaws artificiality. In suffering, either you are with the other person or you aren’t. When they are in pain, either you are helping them or you aren’t.

So often I meet people who want to feel compassion, who want to feel empathy but they are unable to, they tell me. When they don’t get along with someone, all they feel is anger towards the other person. The pain, grief or sorrows of the other person doesn’t melt their heart, it doesn’t move them. They carry on with their affairs and behavior as if nothing happened, as though it doesn’t concern them. I hear what you are saying. No point feeling bad about it.

Your feelings are not in your control. Mostly. Your actions are. I hope. Sometimes you feel indifferent or selfish or neutral, sometimes you don’t really feel anything when you see the other person in pain. Fine. It’s human (or inhuman), it’s not nice, but that doesn’t make you a bad person. You can’t choose your feelings, but, you can choose your behavior, you can act a certain way, in a compassionate way, in a more caring way. If you do that, before long, the river of empathy will murmur in your heart all through the four seasons.

Someone is having a headache and they are crying in pain. You don’t feel their pain. No problems. This may be how you are. But, get up and offer them medicine. This is compassion. Hear them out without reacting. This is empathy. When you practice both, you will not only begin to understand their pain, you will actually feel it. Your own existence goes through a profound transformation when you start to feel the pain of others. This is perhaps the most compelling thing about compassion and empathy: it actually helps you grow – spiritually and emotionally. You benefit directly when you act selflessly.

I once read somewhere: to understand the pain of the other person, don’t just step into his shoes but run a mile in them. If at the end of that run, you still don’t feel his pain, then, what the heck, at least you are a mile away from the sorry fellow and you have his shoes.

This was just for the laughs, because, the only other emotion as divine as compassion and empathy is humor. Like all good emotions, it’s enriching both for the giver and the recipient. Even materially. How else could Jerry Seinfeld be the wealthiest actor, you think? Imagine if acting humor could be so enriching, what would feeling it be like? Materially or spiritually. When you can’t be compassionate, when you can’t empathize, when you don’t feel their pain, at least don’t be mad; that’s what I mean to say.

Let’s loosen up a bit and see beyond our own desires, preferences and demands. The world will look a lot different then, it won’t feel as cold or morbid. Actually, I’m reminded of a beautiful sufi verse:

When it comes to the pain of others, try to feel it. At least, try. If you can’t do that then reflect on it, think about it. If that’s too hard too then at least behave yourself so you don’t hurt others. That will do the trick. Above all, remember, we have no right to cause pain to the other person. None whatsoever.

What is Your Opinion About Yourself?
Why do Your Plans Fail?