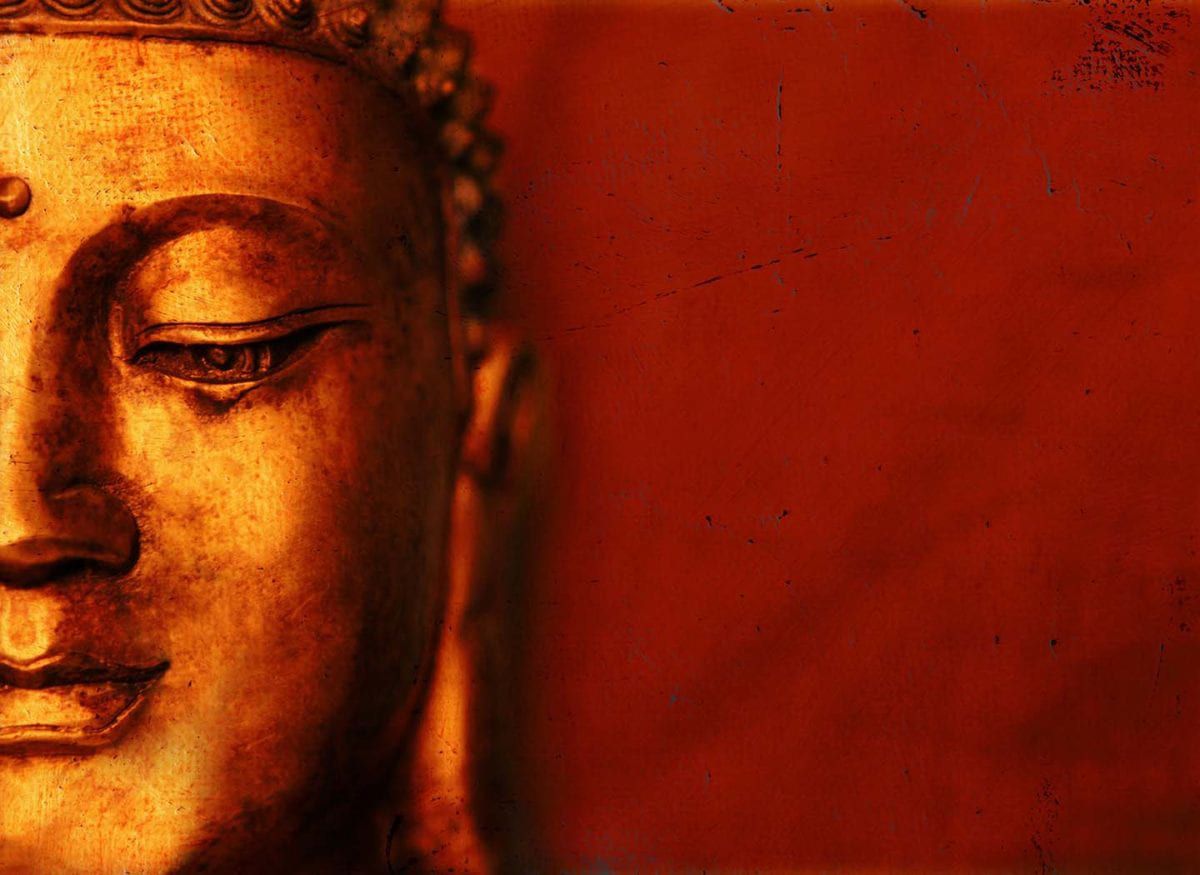 Here's a beautiful parable showing the possibility of a life without any problems at all.

Once upon a time an affluent farmer approached Buddha with great hope. He prostrated before the sage and sought his blessings. Buddha raised his hand in benediction.

“O Venerable One!” the farmer said, “I have a major problem and I know only you can help me.”
Buddha kept quiet and the man went onto narrate that his good-for-nothing son was troubling him and that he was mad at his wife because she supported her son over him.

The man said, “Do something so their minds change and they realize how much I’m doing for them.”
“I can’t solve this problem for you,” Buddha replied and lowered his eyes again, in a meditative state.

The farmer told Buddha how he was worried about the upcoming harvest as the weather didn’t seem too favorable and the monkeys were destroying his crop.
“I can’t help you with this one either,” Buddha said calmly.

Still hoping in the powers of Buddha, he told him that many people owed him money and he was having hard time recovering it from his debtors. And that he too owed money to lenders and creditors. He asked Buddha if the sage could give him any remedy or amulet.
“Hmm…” Buddha said, “I can’t solve this problem for you.”

“What good are you then?” the man yelled. “Every one says you are the enlightened one and here you can’t solve any of my problems. Is there absolutely nothing you can do? I’m tired of my terrible life.”
“You see,” Buddha said patiently, as if he hadn’t heard the man’s tirade, “at any point in time, you’ll always have 84 problems in your life. The 84th is the key. If you solve the 84th problem, the first 83 will resolve themselves.”
“Please solve my 84th problem then,” the man said, going back to being humble. “How do I do it?” he added.
“First, we have to identify your 84th problem.”
“What is my 84th problem?”
Buddha smiled and peered deeply into the man’s eyes that were full of desire, doubt and anxiety.

“Your 84th problem is,” Buddha said and paused, “you want to get rid of the first 83 problems. If you understand that life is never without problems, it won’t look so bad.”
Although, he didn’t get the type of solution he was expecting, Buddha’s compassionate glance gave him a feeling of peace. Even if temporarily.
Buddha finished by saying, “Mellow down, be noble. Learn to see life beyond what you want to see.”

I’m inundated with emails (in thousands) where people think I can help them get out of debt, or maybe I’ll give them something and suddenly they’ll be free of all diseases, or that I’ll say the word and their problems will disappear or that their hearts’ desires will be fulfilled. I can’t help you with those problems. Swami only shows the path of peace. I can only teach you how to discover your inner bliss with meditation or bhakti. That too will work only if you are willing to work on yourself and put in the time. It requires that the shell of ego be cracked so the real you may step out of it. It hurts when the ego is hurt, but it must be broken to have any possibility of experiencing the transcendental state.

I can at the most pray for you. Or if your faith is unflinching, perhaps I could offer you my protection. But, this doesn’t mean that the 83 problems in your life will go away. A natural question arises: what good is any protection if your problems won’t disappear? The answer is: grace. The grace you experience in refuge is known to you alone. It gives you courage and peace at the same time. It truly is inexplicable.

Have you noticed how when a problem or an issue completely clouds your thoughts and emotions, you start feeling, if only I didn’t have this problem, my life would be perfect? It’s an illusion. Was your life perfect when the current problem wasn’t there? Probably not. Chances are, you were shrouded by some other problem at that time.

In a small town lived a young boy who everyone thought was a simpleton, just a pickle shy of a barrel. They would put him a simple test by offering him a choice between a 50 paise and a one rupee coin. Much to others’ amusement, he always went for the 50 paise coin. They would make fun of him and laugh at his ignorance.

One day a man said to the boy, “It’s not a game they play. Everyone fools you and laughs at you. Don’t you know that one rupee is twice as much as 50 paise?”
“Sir,” the boy replied, “don’t you know that the day I pick the one rupee coin, they would stop offering it to me?”

The game’s over the day you start getting clever with life; you get entangled in your own web. It’ll get too complicated. Get cozy instead. Life sees through our intentions and agenda. Even though it seems that my life is just my life, in reality though anyone’s life is simply an infinitesimal fragment of a much grander, eternal and infinite existence. The more you are in harmony with others, with the universe, the greater peace you experience at heart.

Sometimes in wanting too much, you lose what you have. If you want the whole rupee to yourself, soon life will stop offering both 50 paise and 1 rupee. Life is not a problem or a collection of problems. It’s a friend. Treat it like one. Sometimes, you want pasta but your friend wants Thai red curry. Okay… I suppose. Sometimes, you’ll have disagreements, at times things won’t go your way. And that’s okay too. You still stick together without judging each other. That’s what friendship is about, that’s what life is about. Befriend it.

Grow with life, not out of it.

The Hall of One Thousand Mirrors
One Life Many Lives