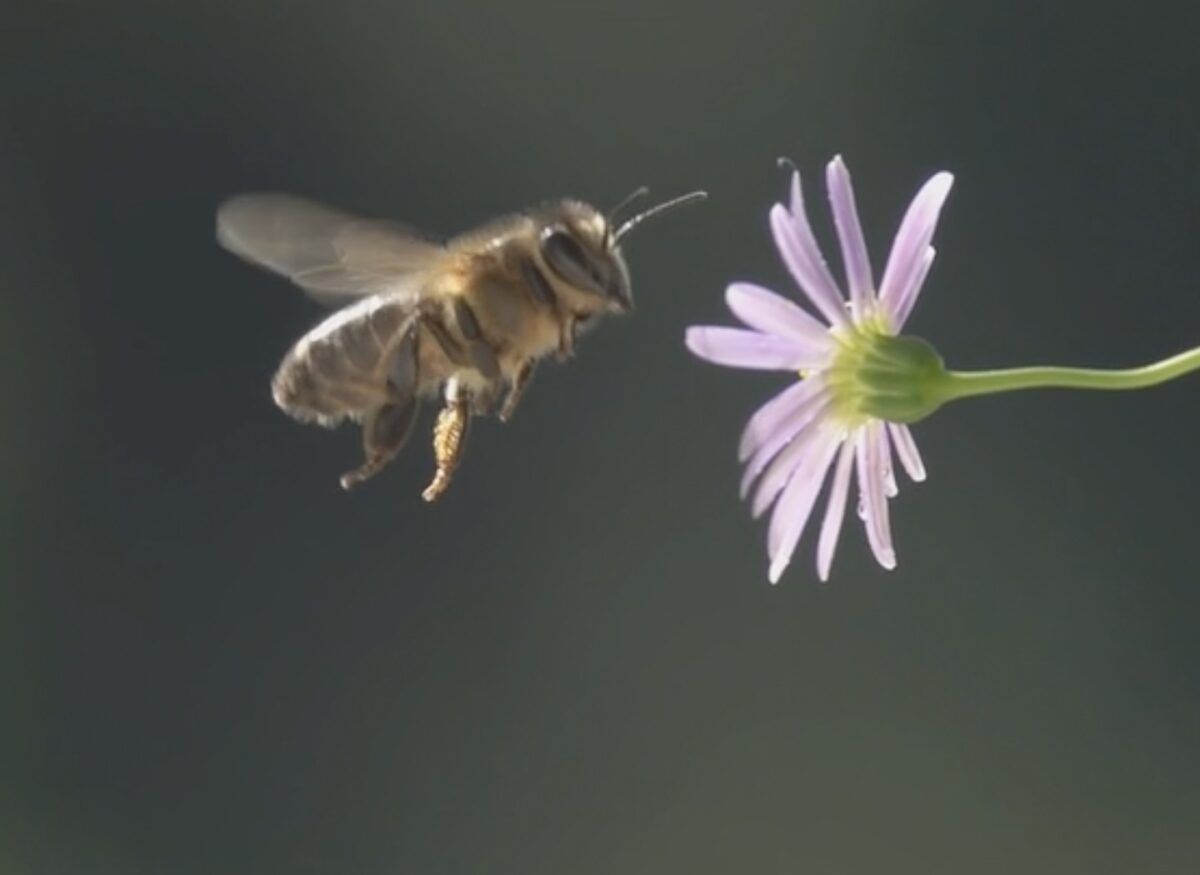 The other day I was walking past a large glass window when I saw a bee bumbling about frantically, trying to get out. It went up and down, left and right, maintaining its momentum with an incessant flapping of its wings. It could see the world outside moving about but for reasons incomprehensible to the bee, it could not be a part of that world. I stopped and empathized with its despair. I tried to tell the bee that it had to shift out a few feet more to the left and there was an opening right there. I tried to convey that there was glass that separated it from the world outside. But, I failed. I could not communicate the concept of glass to this little creature. Finally, after a bit of deliberation, I just formed a cup with my palms and guided it towards the opening.

I had hesitated from cupping it earlier because I knew that the bee was tired and agitated already. It would see my intention to save it as some villainous attempt to capture it. It’s not easy to transmit feelings of peace, love or wisdom to the creature that is angry (or hungry) and exhausted in a perfectly avoidable struggle. After all, all it had to do was shift a couple of feet to the left but how, why? In its wisdom (or lack of it), it did not understand the concept of a pane (hence the pain), the bee did not want to venture too much out for the fear of getting lost. How is it that I’m seeing where I want to be, it all feels within reach, I’m fluttering hard, I’m moving but I am still here? Kahin kisi ne mere upar kuch kar toh nahin diya? Kya yeh daivi prakop hai? (I hope someone has not cast the evil eye on me.)

I could not tell this bee, O sweet little beautiful creature, you can’t force your way out. There’s glass separating you from the world you are seeing outside. Your efforts are not going to break the glass, they will only tire you out. A minute or so later, I had kind of befriended it and as I directed it towards the opening, the breeze from the outside world hit it. The hope and enthusiasm in its tiny wings was palpable now. It was buzzing with joy, no pun intended. No sooner did we reach the edge of the window than off it went. I stood there gazing at it till it was out of my sight. I don’t know if it would be any happier in the world it was desperately trying to be a part of, but at least it got the freedom it sought.

I feel the story of that bee is not too different from the ones of many of us. We see something well within our reach, it’s just right there, like you can extend your arm and reach out. Something like being in a planetarium, the stars, galaxies and the universe feel like they’re all right there. When I was a six-year-old kid and visited one, I actually leapt out of my seat thinking I could grab one of the stars. And then you realize, it’s an illusion. The allure of the world outside is compelling enough that we keep fluttering about. We wonder why are we not making progress, why like the bee can’t we seem to see that glass blocks and separates us? We feel that something is stopping us but we can’t see or pinpoint what it is. Let me call it the “bee-struggle”

In the middle of any bee-struggle, we have four options:

The first choice is to resign to the whims and fancies of fate and say to yourself, well, this is my life and so be it. The world outside looks vast and intriguing but my world here is also cozy and familiar, so I will make my peace with it. Mind you, giving up doesn’t just mean that you put your dreams in a blender, make a smoothie out of it and gulp it down (with the seeds, rind and all). When you keep your dream alive but make no attempt to change your actions or limiting beliefs, that is also a subtler (and more commonly practiced) form of giving up. If however, you have made up your mind that whatever be the price, you want out, well then, read on, my friend.

Old beliefs will not lead to new things, it’s that simple. You can still use the same camera, but you’ve got to change the angle. And unless you expose yourself to a new vista, you will not feel motivated to change your perspective. As Wayne Dyer said, “If you change the way you look at things, the things you look at change.” The greatest minds in human history and certainly the seers in Vedic traditions were born in human bodies like you and I, but they looked at the world differently. They questioned things with a childlike curiosity, with a sense of wonder which invariably led to a shift in, even an expansion of, consciousness. When in the middle of a bee-struggle, just pause for a moment. Listen up, pay attention and contemplate. You will need to understand the concept of a windowpane to make sense of the pain you are undergoing. But changing your beliefs is not everyone’s cup of tea. It just doesn’t require courage, it requires wisdom, self-esteem, humility and faith as well. A weak person cannot shed their moral, religious, social or political beliefs. Forget shedding, they are even afraid of questioning them or hearing the truth.

Not to lose heart, there’s an easier option that doesn’t need you to take a leap of faith. It does, however, demand that you put your shoes on and venture out. You can’t travel a short distance in one direction, not find the opening and return to the comfort of your home. Venturing out means that you take the road less traveled and you keep walking. You will meet all kinds of people on your journey, you will be a part of various spectacles, maybe a giant dump of urban garbage or a snowy mountain summit, you may pause and rest but you’ve got to keep walking. Whether you will find the aperture just a few feet to your left or a few decades into your expedition, no one knows. But one thing is certain, you will never be the same again. And under most circumstances, that is utterly liberating.

The fourth option is to place your trust in someone you look up to. Someone whose qualities you wish to embody. This is by no means the easiest option because what are you supposed to do when your views and beliefs are in direct conflict with the one you wish to learn from? At that time, either you be patient and keep going or you go back to the drawing board and choose from one of the three aforesaid options. Either way, you will learn much. The option of seeking guidance doesn’t necessarily make the path any easier but it does make it bearable.

As it says in the Katha Upanishad:

With the right guidance at the right time, all is possible.

Let me end with this beautiful quote I read once. There are three kinds of people in the world:
Those who make things happen,
those who watch things happen, and
those who wonder what happened.

You may want to sit down by your window with a cup of tea or coffee (or whatever) and reflect on which one of the three you are. To (mis)quote Shakespeare:

To bee or not to bee, that is the question:
Whether ’tis nobler in the mind to suffer
The slings and arrows of outrageous fortune,
Or to take arms against a sea of troubles
And by opposing end them.

In your own bee-struggle, I’ll let you decide how you wish to proceed. You know your options now. Above all, you know that the cause of your pain is not the pane that separates you but the perspective that prevents you from exploration. Shift to the left, will ya?

304 comments on this post. Please login to view member comments and participate in the discussion.