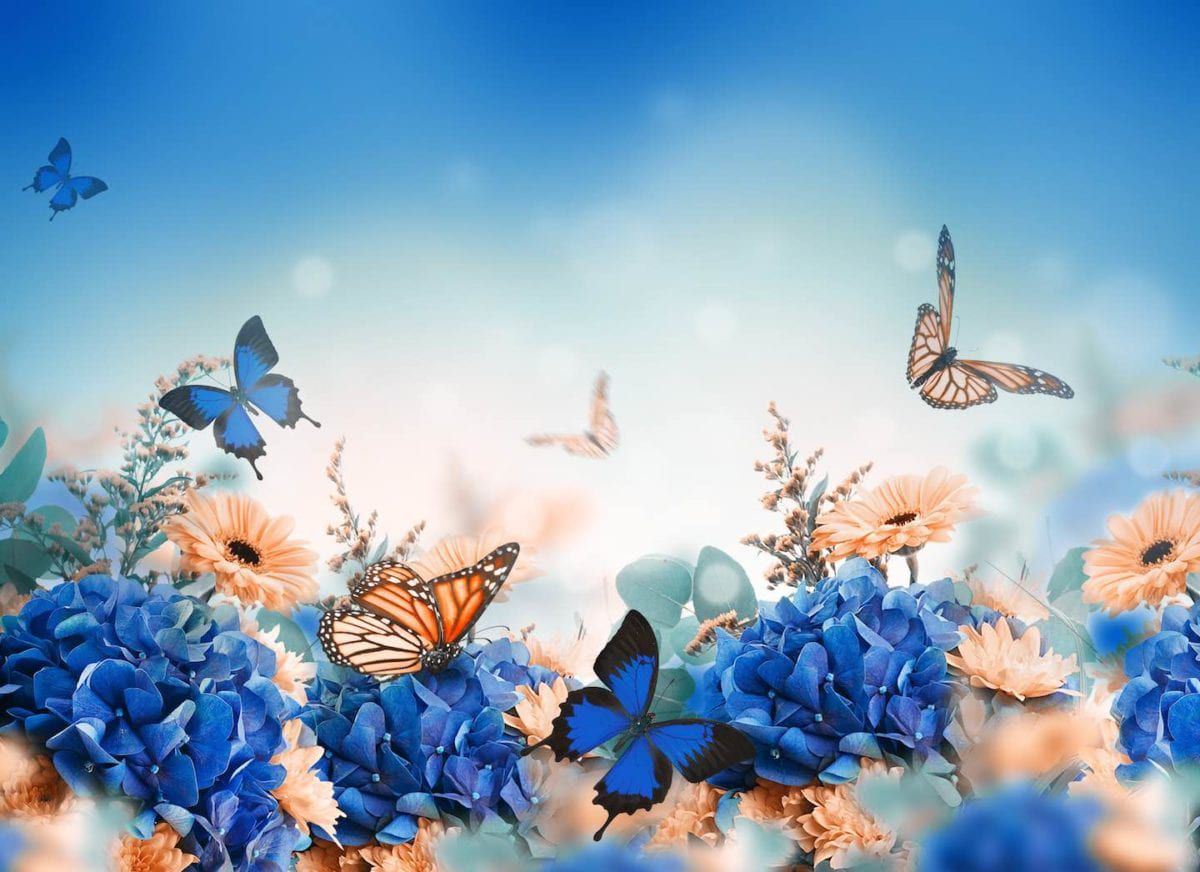 Can the flap of a butterfly’s wings in Mumbai set off an avalanche in the Himalayas?

It was a fine Arabian horse that the highly revered Baba Bal Bharti had. A mere sight of the stallion evoked the same emotions in him as swaying crops would in a farmer. The last king of the Mughals, pleased with Baba’s accurate predictions, had gifted him that horse. Baba, a fakir, lived in a village temple premises where he had built his hut and a stable for his horse whom he named Sultan.

“I’ve heard a great deal about your horse,” Khadag Singh said, “I would like to see it too.”
Khadag Singh was a devotee and disciple of Baba but that wasn’t his only introduction, he was also a much-feared dacoit who looted unsuspecting wayfarers. The ever enthusiastic Baba took him to his stable.

“Incredible!” Khadag said, patting the glistening black down of the glorious animal. “Indeed, this is the finest steed I’ve ever seen.”
“My life has found a new meaning with the arrival of Sultan.” Baba’s chest swelled with pride and he ran his hands through the horse’s mane. “Every day is a beautiful day now!”

At Khadag’s bidding, Baba let him take Sultan for a ride. The majestic stallion galloped faster than the blowing wind. What strength, control and speed! The swell of envy washed Khadag’s heart with feelings of covetousness and jealousy. Of what use was a horse to a saint; Sultan should have been his property, his companion, he thought. He tethered it in the stable and they went back inside the hut where Khadag offered to buy it.

“Not in a million years!” Baba protested.
After a bit of haggling when Khadag realized that Baba was not willing to part with Sultan at any cost, he warned, “One day, I’ll take this horse from you.”
“No, Khadag, please. I can’t live without my Sultan.”
“Whatever,” Khadag said shrugging. “I’m going to get him by hook or by crook.” And with that he left. Just like that, casting aside all reverence and tenets of discipleship.

Baba couldn’t sleep that night; he put his bedding in the stable and began guarding Sultan round the clock. A few weeks passed during which no one made any attempt to steal the horse. A bit relaxed than before, one fine evening, Baba mounted Sultan and rode to the outskirts of the village.

“Please help me, I’m dying,” a faint voice called out to him.
He looked in the direction but couldn’t recognize the person as it was dark already. He moved closer and saw someone curled up on the ground, smeared in dust.
“What happened?” Baba asked, still on his horse.
“Please take me to the nearest hospital,” he pleaded. “Khadag Singh and his men mugged me.”
“But, I don’t even know you.”
“I’m the brother of the famous doctor Durga Dutt,” he said in a strained voice, clutching his stomach. “Please, I beg you. Help this needy person.”

Whether he saw it as a human being or a saint, either way, Baba felt that it was his responsibility to help someone in need. He got down and helped the man climb on the horse with great difficulty. Before Baba could mount, however, the supposedly injured man took the reins in his hands and gave Baba a mighty kick in his chest leaving him sprawled on the ground.

“I told you,” the rider said victoriously, “one day this horse would be mine.”
He heeled the horse but barely had he gone a few yards when Baba roared, “Stop! Khadag Singh.” Khadag couldn’t ignore his guru’s voice, plus he had nothing to be afraid of. He was armed and on the horse. So, he halted.
“Don’t tell anyone,” Baba murmured as he got closer and dusted his robe. “Just don’t make any mention of this incident. You can have Sultan.”
“Why?” Khadag chuckled, stroking Sultan. “Are you afraid that people will say how can this Baba bless us if he couldn’t even save his own horse?”
“You see, Khadag,” Baba said, “if people find out, no one will ever trust another person in need. People will stop helping each other.” And with that, Baba Bal Bharti turned around and walked away from Sultan like he never loved him, with the detachment befitting a saint.

Khadag rode away with great pride and Baba took solace thinking now he had nothing to worry about for there was nothing left to lose. With each passing day, Khadag became increasingly restless. How could I do that to my guru? What beast in me made me stoop so low? Rather than getting mad at me, Baba thought compassionately about the world. How calmly he walked away from the horse he had said he couldn’t live without… many similar thoughts plagued him. In the dead of the night, he went to the temple, quietly tied the horse to its post and sneaked out.

In the morning, when Baba emerged from his hut, Sultan, recognizing the master’s footsteps neighed passionately with great joy. Surprised, Baba ran to the stable barefoot. Overwhelmed to see the apple of his eye, he leaned against his Sultan resting his face on his long neck, caressing and stroking, tears streaming from Baba’s eyes. “Oh Sultan,” he said, “now people will not be afraid to help those in need.”

This story (Haar ki jeet) was penned by the phenomenal Hindi writer Sudarshan (1895-1967), I have merely exhibited the audacity to translate and paraphrase it here. When I first read it, I was so moved myself and it reminded me of the Butterfly Effect.

Just like we can’t remove a grain of sand from a heap without causing some change in the immeasurable whole, every action of ours, however minuscule, brings about ripples in the cosmic consciousness, it affects others. Tiny acts or causes can have a large impact. The consequences of our actions may not be visible right away (they are often not, in fact), but they build up and manifest eventually. This theory is in perfect sync with the Vedic view too that states that even the smallest of our actions have repercussions on the entire universe. For, we are the universe, the universe and everything in it is made from what it contains — which invariably includes you and I.

The fluttering of a butterfly’s wings, several weeks earlier, can indeed influence the formation and path of a tornado thousands of miles away. When the microscopic amount of air displaced by a flapping butterfly was factored into a weather forecasting model by Edward Lorenz in 1961, it showed a completely different outcome. In other words, the Butterfly Effect is a finer and more sophisticated explanation of the law of karma. That, not only what we do impacts us, it does everyone else too.

To believe that our actions concern only us or that my happiness is all about my individual life is not merely a sign of ignorance but an invitation to lasting grief and suffering too. We may seem independent of others or unaffected by incidents in a distant world, but somewhere each one of us is a contributor and consumer of global happiness and peace. Whether we realize it or not, we are constantly helping others or stepping on their toes (sometimes both at the same time).

Mulla Nasrudin’s wife had a six-year-old brother who was weary of his parents’ strictness.
“Is it true,” he asked Mulla, “that the karma of parents affect their children as well?”
“Not only that,” Mulla sighed deeply and said, “it affects the son-in-law too. I’m the one living with your sister.”

In our seemingly short and transient lives, we carry a trace of eternity. The ever existing and expanding infinite universe, without a beginning or an end, is thriving on myriad small ripples caused by every entity in our universe. The rolling of a boulder from a mountain, a mosquito gliding on water, our lingering thoughts, our words and actions, everything makes a difference. Therefore, I say that we have a duty of care to be compassionate, kind and loving towards everyone who crosses our path. While we may be independent entities striving for individual goals and freedom, the truth is that at a universal level we are interconnected and interdependent. We are one. The whole comprises us.

The Secret of a Good Relationship
Honoring Your Word