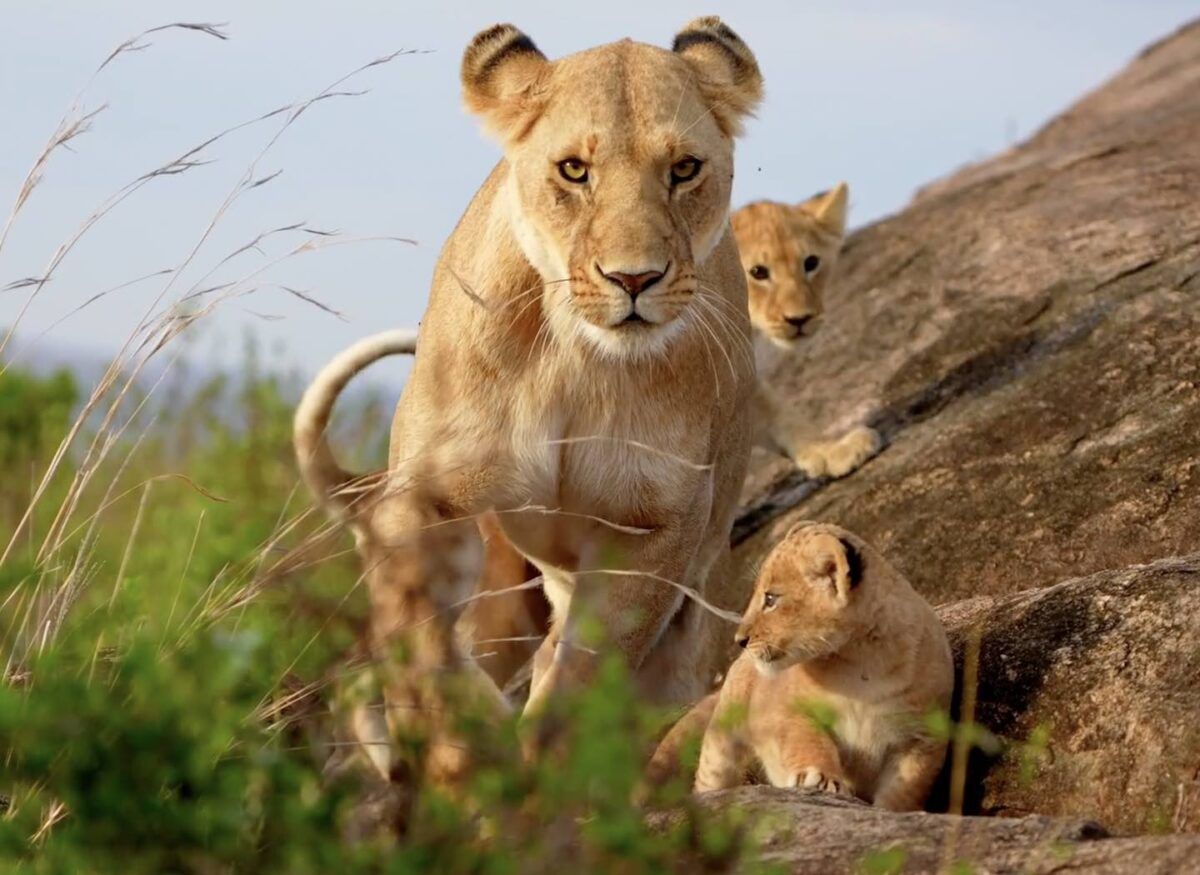 Let me begin with a story. Taken literatim from Uri Kaplan’s Wise Tales From The Jewish World. I know, I know, I cited a story from the same book two weeks ago. Then again, you are the same reader, I’m the same writer, so why can’t the source of my stories be the same, right? Plus, we have progressed from a fox to a lioness. Stay with me, it’s a good fable. In fact, if you haven’t read books on Jewish wisdom, stories and humor, you’ve missed out on some wonderful reading. Here, in Uri’s words:

A mighty king fell ill with a strange disease and the doctors recommended an unusual remedy: the milk of a lioness.

The palace announced a reward for the brave person who would be able to obtain such priceless medicine, but most people, of course, were too terrified to try. However, there was one wise man who had a plan.

The man purchased a dozen lambs in the market and hurried to the lioness’s den. He placed one lamb in front of the den every few hours, and by the third day, the satiated lioness became so friendly he could pet her. He drew some of her milk into a small bottle and headed back to town.

Midway through his journey, the man stopped for a nap and had a rather peculiar dream. He dreamed that his limbs quarrelled with one another. Each believed it deserved the credit for the mission’s success.

The feet claimed that only due to their ability to walk could the milk have been obtained. The hands argued that without them, the lioness could not have been milked. The eyes objected and reminded everyone that without them, the man could not have found his way to the den in the first place. The brain calmly reasoned that it was responsible for the entire plan. And the tongue disputed them all and boasted: “Without me the man is hopeless!” The others, however, sneered at this. “Quiet, you foolish, boneless thing!” they said. “You contributed nothing!”

The insulted tongue decided to teach them all a lesson. It would show them who was really in charge. And indeed, the following day, the man entered the palace and told the king that he obtained the milk of a snake for him. The king was enraged at this bold disrespect, and ordered that the man’s limbs be severed and his eyes gouged out.

Upon hearing this, the feet and the hands and the eyes trembled in fear. “Please save us!” they begged the tongue.

Having thus proven its power, the tongue became more considerate.

“Forgive me, your honor,” said the man to the king. “That was merely a slip of the tongue. I have the milk of a lioness for you.” The king drank the milk and was soon cured, and the man learned that the tongue should be regarded with due respect.

One can never speak gently or sweetly enough. In fact, not just when speaking to someone but also when we are speaking about someone, it always helps to pause for a moment and ask yourself if what you are about to utter is meaningful in any way. Am I saying anything nice about this person? Is it useful or helpful? And above all, can I say it gently, humbly, and sweetly?

You will be amazed at what loving and courteous speech can do for you. With a respectful and kind tone, a million barriers can be broken down. I agree that there are situations when we have to be firm or confrontational. And yet, I say that we don’t have to be rude or dismissive. Gentle speech can turn even your sworn enemies into your allies. Think about it for a moment: have you ever believed the false promises made by many public figures in politics, religion or entertainment? (The lines are blurred between the three these days, by the way.) Probably not. And yet we can’t deny the influence of pretense or the illusion of sincerity in their speech or they wouldn’t be in the positions they are in. We’ve put them there.

How difficult is it to use thank you and please at every opportunity, or to express the good you see in someone, or to acknowledge the contribution of someone in your life? Not very. Why order when a request will do, why boss around when you can befriend them? Being genuinely kind in your speech will fill your life with a lot of beautiful people who will love you and care for you just as much.

Have you ever opened the shell of a capsule and tasted the actual medicine, e.g. paracetamol? To say that it’s bitter would be an understatement, you would want to scrub your tongue with soap afterwards. (I speak from experience, my friend, since I tried that once as a child. Tasting medicine I mean, not washing my tongue with soap.) The job of the shell is to encapsulate the right amount of medicine and make the whole thing digestible, palatable.

What is the shell to medicine in any capsule is what the brain is to the tongue in speech. That is, no matter how bitter or useful the words you may wish to deliver with your tongue, an evolved brain will help you package them nicely. A beautiful brain without a useful tongue is of little use in this world and a beautiful tongue without a useful brain will get you rapid promotion within government. Just kidding. The latter will take you further and further from the truth. And in the end, it’s not going to be worth it.

In other words, the hallmark of a spiritually evolved individual is that, seeped in truth, they possess both: a beautiful mind and gentle speech.

For, truth is nothing but another dimension of love. Beauty, gentleness, compassion, calm and humility are mere refractions in the kaleidoscope of truth. The tenderness of your heart, the care in your actions, the sweetness in your speech are signs of how close you are to your truth, the truth. Either you practice the virtues and you will unearth your truth or you find the truth and the virtues will come flocking to you. Either way, you progress.

After all, what is true is what is beautiful and what’s both is invariably what is Divine. Satyam, shivam, sundaram.

351 comments on this post. Please login to view member comments and participate in the discussion.