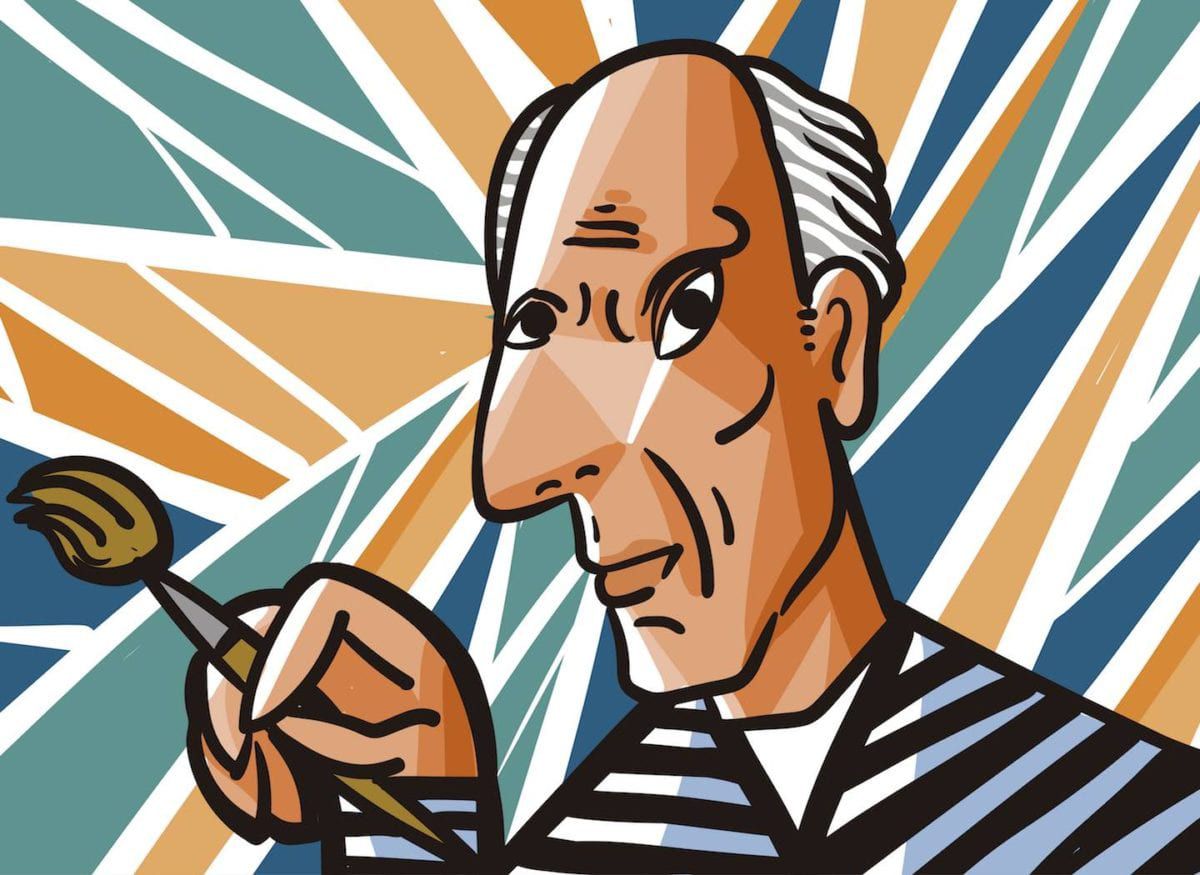 The Secret of Mastery

Here's a beautiful story from the life of Pablo Picasso offering us an insight on gaining mastery.

The phenomenal Spanish painter Pablo Picasso was sitting in a small cafe in France. Waiting for his third cup of coffee, while a smoldering cigarette rested in an ashtray, he was doodling on a paper napkin. Oblivious to Picasso, another patron, a woman from an adjacent table, had been observing keenly. A few minutes later Picasso put his pencil down, lifted the napkin and stared at it blankly, as if he wasn’t pleased with it or maybe it needed more work. He was then about to crumple the serviette when the lady spoke.

“Don’t!” she hollered, almost startling Picasso. “I’ll take it.”
He gave her a curious look and kept silent a few moments longer than one would usually in a similar situation.
“I’ll pay you for it,” the woman continued and reached out for her handbag.
“It’s not for gifting or sale,” Picasso said with indifference.
“Oh yeah?” She pulled out her checkbook. “Maybe I can offer you a good price!”
“Done. Four million Francs.” This was roughly $10,000.
“That’s ridiculous!”
“Well, that’s the price.”
“But it only took you a few minutes!”
“No Madame.” Picasso folded the napkin and put it in his pocket. “This took me sixty years.”

While growing up, most of us have our sources of inspiration, our role models, people we admire, our super-heroes. These are the people who reached the pinnacle in their respective fields and the world labeled them as geniuses, child prodigies, talented, gifted and so on. For, they demonstrated not only an extraordinary skill but a great degree of effortlessness too. As if they just sat down and championed their art. Nothing could be further from truth than the assumption that they were born with it or somehow got it all too easy.

Effortlessness in anything comes from immense effort. The more mindful effort we put in any endeavor, the easier it gets to become naturally good at it. Whatever you wish to master, be it meditation or basketball or anything at all, be prepared to put in a lot of tiring hours. Keep at it. Mindfully. Keep reviewing and continue working. Gradually, you’ll discover that things that seemed difficult, even impossible at first are now well within your reach. If earlier eighty percent of your time was spent on repetitive and boring aspects of your art, now it is only twenty percent. The remaining eighty percent turns into fun.

What we call genius is often nothing more than dogged determination with years of effort and persistence. Pablo de Sarasate, famous Spanish violinist and composer was hailed a genius by critics and followers alike. One day when someone excitedly brought him a press clipping full of accolades, Sarasate threw the paper aside.
“Huh!” he scoffed. “For thirty-seven years I’ve practiced fourteen hours a day, and now they call me a genius!”

Even Mozart once wrote to his father, “People make a great mistake who think that my art has come easily to me. Nobody has devoted so much time and thought to composition as I.”

And this is not just about Mozart or Picasso but anyone who has ever conquered the heights of greatness has done so with ruthless self-discipline and hard work. While spiritual texts talk about leading a balanced life of moderation, the truth is that those who are in a state of flow, walking the path with a single-minded focus, are anything but balanced in how they spend their time. When they are not doing work they are passionate about, they are thinking about it. From Gandhi to Steve Jobs and all achievers in between, they devoted almost all their time on their pursuit.

The foundation of the competence and confidence of geniuses is built on a monumental and consistent effort spread over a prolonged period of time. What is even more remarkable is that most of them overcame extraordinary obstacles on their path. Which, if I may say, is perfectly understandable because the bigger your goal, the greater the hurdles. A rocket needs a massive thrust during the launch but once it’s in the space, it not just derives energy from its own fuel but also from the gravity of other planets. So it is with masters. Those who are persistent reach a cruise mode eventually, a state where everything around them works in harmony and helps them in attaining an exalted state of super-consciousness. By super-consciousness, I don’t mean anything mystical here but simply a state where you discover your inner potential, a higher state of intuitive understanding. It is from such a place that creativity flows unimpeded like Ganges from the Himalayas.

A complex imported machine broke down in a semiconductor factory bringing the entire production to a halt. A mere sight of the machine with thousands of nuts and bolts, cogs and gears, wires and all was daunting enough to put off their best engineers. The company was losing money by the second and no one within the group could find a solution. Finally, an expert was flown in. He examined the machine, replaced a small screw and fixed the problem in five minutes. A week later, the company execs were fuming after receiving a bill of $10,000. They wrote back to him demanding a breakdown of the exorbitant fee for a job that took practically no time.

All of us have more or less access to similar mental and physical resources to build our lives but it’s how we put them to use that determines whether we are standing on the stage or sitting in the audience (though both may be enjoying equally). The wisdom to value every moment of our life and the discipline to spend it judiciously are at the core of becoming a genius.

Mastery of any art, craft or skill is not a prerogative of a fortunate few but the birthright of every single individual. There’s no fun in being mediocre. Between mastery and mediocrity, we spend an equal amount of time anyway with just a small difference. A master spends all his/her time on the one thing that matters whereas a mediocre devotes his to things that don’t. Both have only twenty-four hours in a day.

Go, find yours and master it.

Honoring Your Word
The Basis of Honor