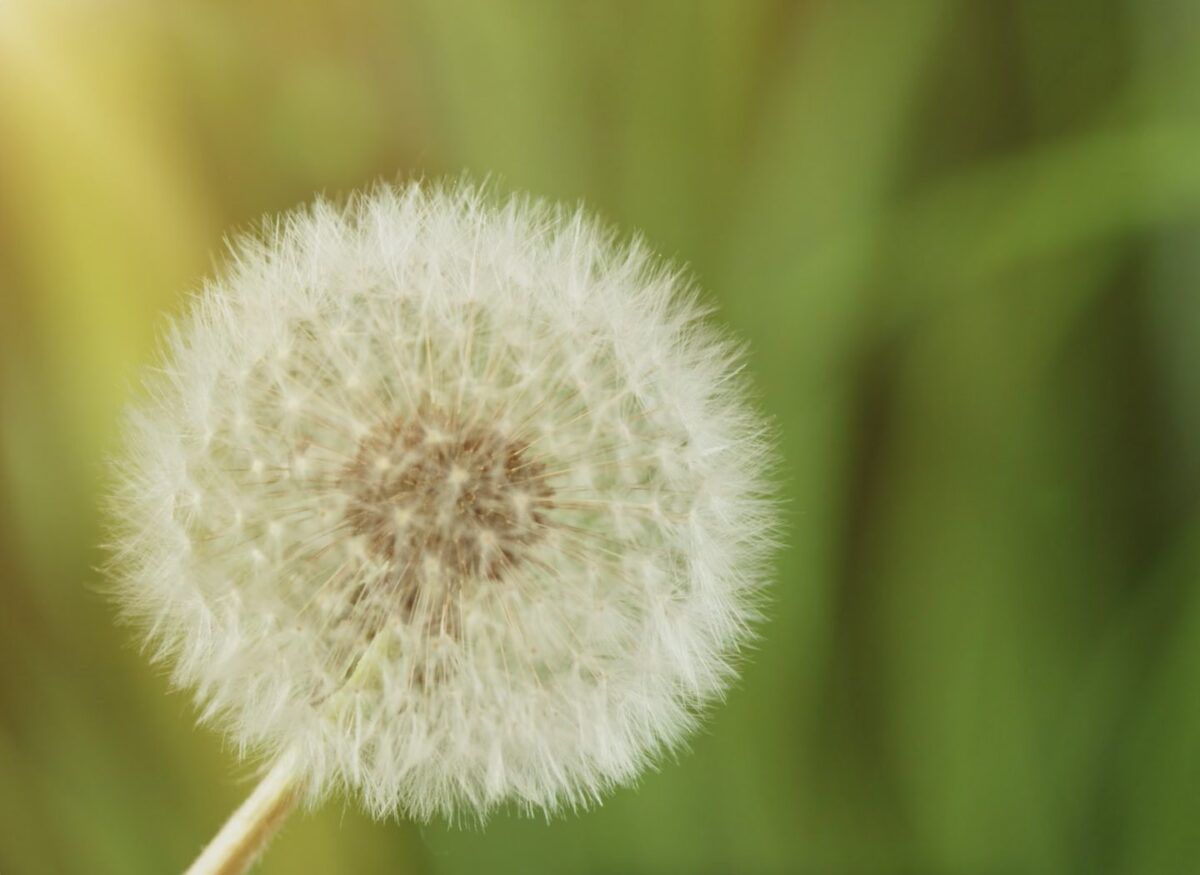 The day before yesterday, our main security guard in the ashram just dropped dead in the wee hours of the morning. Rajinder Kumar was 50 years old and had joined us a few months back. We informed the cops and his family members, and upon reviewing the CCTV footage, it seemed he stepped out of his room around five in the morning and collapsed while going towards the ashram clinic. Most probably due to a heart attack or cardiac arrest.

One thing I asked myself was if Rajinder had any regrets in his last moments? Probably, at the time his life wriggled out of his body, his sole focus had been to somehow make it to Dr. Geeta Baro (a wonderful human being and a qualified doctor, she lives in the ashram full time and serves numerous villagers around. Thank you for your selfless service, Dr. Geeta.) Just a month ago, I’d asked to equip our clinic with a defibrillator and had Rajinder made it to the clinic, there was a chance he could have been saved (assuming it was a cardiac arrest). Most probably Rajinder didn’t have the luxury to reflect back on his life. But, what about those who ease into their old age or are aware of the impending call up due to a terminal condition?

In the morning when I got up today, I deliberated for a moment if it would be appropriate to write the first post of 2023 on a sombre note, maybe on dying. But then I thought as long as it’s meaningful, that’s all that matters. So I went around my mini library looking for inspiration and the book that jumped right out at me was The Top Five Regrets of the Dying  by Bronnie Ware. An excellent Australian writer, Bronnie wrote this book based on her viral post with the same title.

If the name of the book was any indication of what it contained then unsurprisingly, it lists the top five regrets of the dying. I’ve quoted a passage from the book for each of the regrets with my own thoughts. Every direct quote is from a patient in her palliative care. As follows:

Regret 1: I wish I’d had the courage to live a life true to myself, not the life others expected of me

“It’s not like I wanted to live a grand life,” Grace explained in one of many conversations from her bed. “I”m a good person and I didn’t wish to harm anyone.” Grace was one of the sweetest people I have ever met and wouldn’t have been capable of harming anyone anyway. It just wasn’t in her. “But I wanted to do things for me, too, and I just didn’t have the courage.”

Grace now understood it would have been better for everyone had she been brave enough to honour this desire. “Well, everyone except for my husband,” she said with disgust towards herself. “I would have been happier and would not have let this misery permeate our family for decades. Why did I put up with him? Why, Bronnie, why?”

The courage to be true to yourself, in my humble view, is not about holding an exclusive view on what the truth might be. In fact, if anything, each one of us is likely to find our life’s meaning in pursuing what matters to us. And the truth also is that we cannot completely walk away from what others expect of us. Why? Because, we too expect something from others. It’s a two-way street. I thought it was important to mention it here, for in the name of self-help, we don’t want to churn out self-centred people. Yes, you’ve got to look out for yourself and do what you feel is important. At the same time, however, the courage to lead a life true to yourself does not mean unfettered and irresponsible freedom.

Having said that, there is no doubt that when we liberate ourselves from the opinions and expectations of others, we are empowered beyond imagination. And “courage” is the word. It requires courage to escape from the prison of opinions.

Regret 2: I wish I hadn’t worked so hard

“I wish I hadn’t worked so hard, Bronnie. What a stupid fool I was.” Sitting in the other lounge chair on the balcony, I looked across at him. He needed no encouragement to continue. “I worked too damn hard and now I am a lonely, dying man. The worst part is that I have been lonely for the whole of my retirement and I need not have been.”

Sometimes, I wonder if some of us are biologically or genetically predisposed to working harder than others. You must have met people who have little to no savings, sometimes not even a home they own, barely any resources for the rainy days, and yet they are able to lead a carefree, even a lazy life. And then you have those who have everything but they continue to work harder and harder.

Either way, I say if you regret working [so] hard then pause immediately (after reading the post, I mean) and work on the changes you need to make for course correction.

Regret 3: I wish I’d had the courage to express my feelings

“Yes. So much is held back by pride, apathy, or fear or reprisal or humiliation. But it also takes a lot of courage sometimes, Jude, and we are not always strong enough to do this.”

“Yes, it takes courage to express your feelings, particularly if you are not doing OK and need assistance, or if you’ve never expressed honest feelings to someone you love and don’t know how it will be received. But the more you practice sharing your feelings, whatever they are, the better things become… We are all human. We are allowed to be vulnerable, too. It is a part of the process.”

On the face of it, it sounds so simple but we all have been there, a place where we don’t express ourselves fully because either we don’t want to hurt the other person or we are afraid of how they might react. And while I also believe that just because we feel something doesn’t mean we have to say it that very moment, in the case of a persistent feeling it’s important to muster the courage to speak your mind. In fact, most beautiful relationships are those where two people can freely express themselves to each other.

Finally, it does not matter as much how your feelings or words are received, what is important is that at least you let them know.

Regret 4: I wish I had stayed in touch with my friends

“You never think as a mother nursing your beautiful little girl that anything could ever take away your closeness. But it has. Life has. Not through an argument. Just life and its buysness,” Doris shared. “She has her own life now and I learned over the years you just have to let go. I brought her into the world, but we do not own our children. We are just blessed with the role of guiding them until they can fly on their own, and that’s what she is doing now.”

“I have been dying of loneliness in here. I had heard it was possible, and it is… I get so starved for human touch at times. I am missing my friends most of all. Some I have lost touch with. I wish I hadn’t lost touch with them. You imagine your friends will always be there. But life moves on, and suddenly you find yourself with no one in the world who understands you or who knows anything about your history.”

Not all of us are lucky to have great friends but if you do, stay in touch. It doesn’t take much but the quality of your relationships in the world has an immediate and direct impact on how you feel about yourself and your life in general.

Regret 5: I wish I had let myself be happier

“I am not sorry for how I have lived, because I have learned through most of what I have done,” Cath said. “But if I was to do anything differently, given the chance to again, I would have allowed more happiness in… We all have talents to share, every single one of us. It doesn’t matter what your job is. What matters is that you are trying to make a conscious contribution, hoping to create a better world… If only we could learn to work together for the good of all, instead of against each other in competition and fear.”

Cath goes on to tell Bronnie that excessive focus on results robs us of our happiness. The joy of the journey disappears when we make reaching the destination the only criterion of success.

Imagine you live in a beautiful house surrounded by immaculate gardens. Tall trees and colorful flowers are swaying to the pristine air on a beautiful winter morning. You open the curtains and your bedroom is flushed with light. You proceed to open the windows and a gentle and cold waft of fragrant and fresh air greets you. As you let that air in, your entire being reverberates with joy and wellbeing.

Letting happiness in is sometimes as simple as that. That is, put yourself in the right place (mentally and otherwise) and open the windows of your mind. It’s all there. The gardens, the trees, the flowers, and all the beauty is right here. Everything is, except you.

An astronomer at Harvard once was giving a lecture entitled, “The Expanding Universe.” In it, he pointed out that there are galaxies greater than our Milky Way speeding outward, moving away from us faster than the speed of light.

This means that we’re actually losing them. They’re falling off the edge of the universe, so to speak. It is a mind-boggling thing to think about.

In the question-and-answer period that followed the lecture, a woman who appeared to be terribly upset by this revelation, asked anxiously, “Professor, what are we going to do about all of those galaxies we’re losing?”
To which the learned professor quietly replied, “Let them go, Madam. Let them go!” 1

It’s such an incredible skill to learn: to let go. Whether it’s regret, guilt, grudges, resentment or pride, anything you let go will make you lighter.

And as is the wont of regret: it requires a rather heavy vessel to carry.

If you wish to feel lighter and purge your consciousness of any specific regret, feel free to mention it in the comments. Only one regret per reader. I will read all of them (the first 100 words of each comment) and pray for you on the night of Shivaratri (18-Feb). I can do this much for you. Can’t mention it publicly? No worries. You can then reflect on this post and heal yourself still.

786 comments on this post. Please login to view member comments and participate in the discussion.