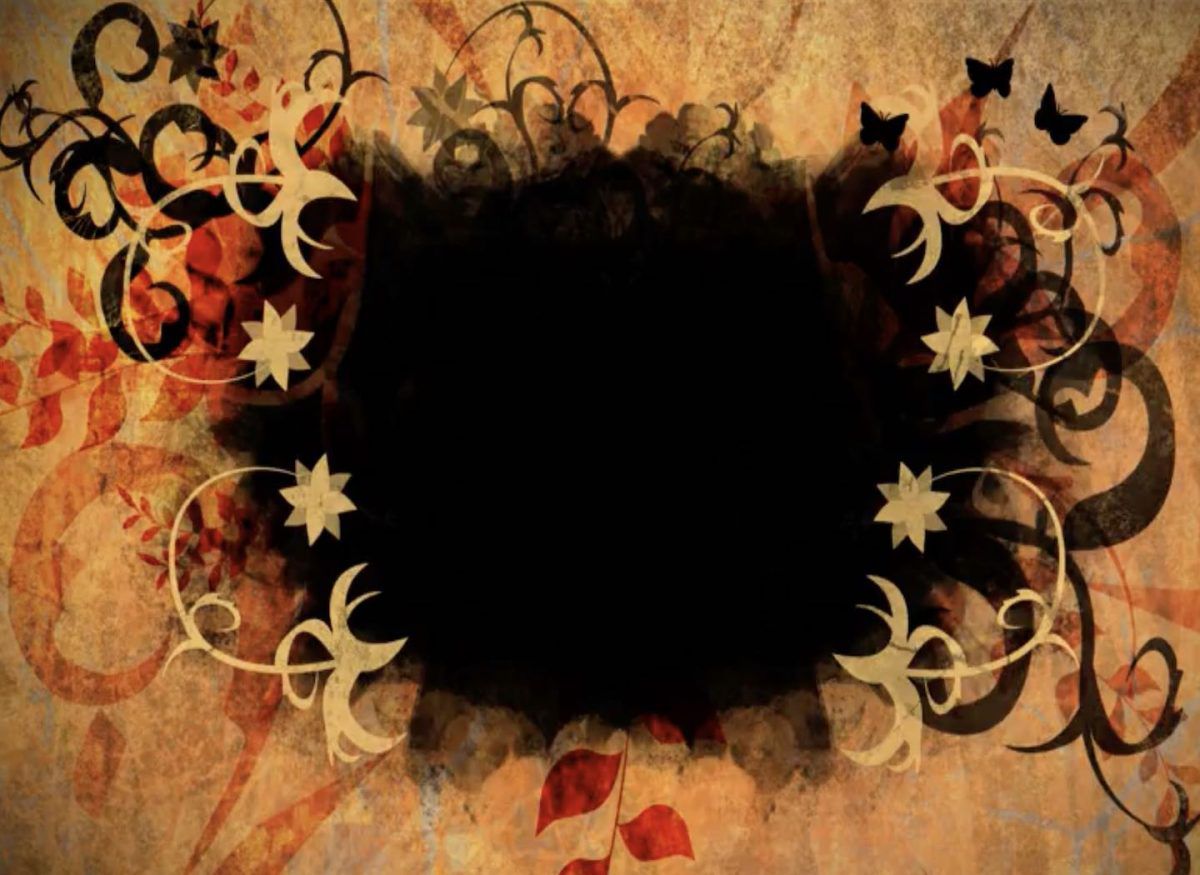 The master storyteller, Osho, in Living on Your Own Terms cites a beautiful story about dogs by Kahlil Gibran. Although I do not recall reading any such fable in Gibran’s works nor could I find a reference online. Admittedly, he did write The Wise Dog and The Full Moon. The story Osho quotes is perhaps seeded from the latter. Nevertheless, I thought you might enjoy the read and it’s just the kind I was looking for to share an important message. Here, nearly literatim with minor edits:

There was a dog, a great revolutionary one might say, who was always teaching other dogs of the town that “Just because of your nonsense barking we are not growing. You waste your energy by barking unnecessarily.” A postman passes, and suddenly … a policeman passes, a sannyasin passes. Dogs are against uniforms, any sort of uniform, and they are revolutionaries—they immediately start barking.

The leader would tell them, “Stop this! Don’t waste energy, because this same energy can be put into something useful, creative. Dogs can rule the whole world, but you are wasting your energy for no purpose at all. This habit has to be dropped. This is the only sin, the original sin.”

The dogs were always feeling that he was perfectly right. Logically, he was right: Why do you go on barking? And much energy is wasted; one feels tired. Again the next morning one starts barking, and again by the night one is tired. What is the point of it all?

They could see the leader’s meaning, but they also knew that they were just dogs, poor dogs. The ideal was very great and the leader was really a revealer—because whatsoever he was preaching he was doing. He never used to bark. You could see his character, that he practiced whatever he preached.

All the dogs stopped that night. It was very difficult, arduous, just like when you are meditating, how difficult it is to stop thinking—it was the same problem. They stopped barking—they had always barked, and they were not great saints, just ordinary dogs. But they tried hard. They hid in their places with clenched teeth, with closed eyes so they would not see anything.

The leader walked around the town plunged in complete silence, puzzled and listless. Whom to preach to now? Who to teach now? He had never really thought that the dogs would listen to him, that it was just natural for dogs to bark. His demand was unnatural, but the dogs had stopped. His whole leadership, his ministry, was at stake. What was he going to do from tomorrow? Because all he knew was to teach. For the first time, he realized that since he had been constantly teaching from morning till night, that’s why he had never felt the need to bark. His energy was so involved in his teaching, and that was a sort of barking.

That night though, there were no culprits, no guilty dogs to be found anywhere. And the preacher-dog felt this tremendous urge to bark. A dog is, after all, a dog. He went into a dark lane and started barking. When the other dogs heard that somebody had broken the agreement, they said, “Why should we suffer?” The whole town started barking. Back came the leader and said, “You fools! When are you going to stop barking? Because of your barking, we have remained just dogs. Otherwise, we would have dominated the whole world.”

This story has such insight and wisdom that it can be used to convey just about anything. But, I’ll tell you what I thought when I first read it. Have you noticed how some people seem to have the Midas touch? They excel at pretty much everything. Whatever they take up, they crack it. And while many others seem to attract the exact opposite in their lives: they have the penchant for turning gold into dust. You can leave in their hands the easiest task or a great business and with all the right intentions they will somehow just kill it. Almost as if there’s a pattern to success or failure in life. Actually, there is. Sort of. And that’s the theme of my post today: patterns.

If you reflect on the major events of your life, whether it was clearing or failing an exam, or maybe a series of successful or failed attempts at building a business, the quality of your relationships, or even learning a new skill, you will find that almost always there was some pattern. Most of us have a certain threshold of pain or adversity. It’s our glass ceiling. When we reach that point, we [often] give up. This not only takes on the form of a vicious cycle that sees us back to square one over and over again but becomes our life’s universal pattern, our destiny’s blueprint. And the important thing to note is that until you break this pattern, you will find yourself facing the same challenges repeatedly. As if you are on an infinite loop. This sounds insanely simple but that’s usually the nature of truth: simple. Just think back and you will begin to notice a pattern. Whether it’s toxic relationships, failed ventures, undesirable habits (or anything positive even), you will see the pattern.

To change your life, we have to change the pattern of your life. The good news is that not only is it entirely doable, it’s actually not that hard. It requires that you recognize when you reach your threshold and then you remind yourself that this time you are going to move it. The dog in you will have the urge to bark, it would howl, but now is not the time to give in or give up. Pat the puppy, feed it a cube of cheese and then get back to your mission.

Have you ever used a dasher to churn cream into butter? If you have then you must know that at first, it’s somewhat easy. You are churning fluidly, swiftly and it barely takes any effort. Soon, the whole thing becomes heavy. The cream starts to tense up as do your hands and arms. Your shoulders, wrists, and forearms might experience fatigue at this time. But if you don’t give up, suddenly…boom…magic happens…the butter is floating separately from the buttermilk in the pot. Not only is the churning completely effortless now, it’s almost not required anymore. Why? Because you broke the pattern.

Mastering any skill, breaking behavioral patterns or hardened tendencies, rewriting your life’s blueprint, or simply success in a nutshell is akin to what I just wrote. It starts in the same manner for everyone but those who quit, go through a familiar pattern like this:
a. There is euphoria (I will do it),
b. motivated effort (I know I can do it),
c. intimidation (It’s looking harder than I thought),
d. reduced effort (I’ve got other things to do),
e. procrastination (I’ll do it tomorrow),
f. excuses (It’s not that important, after all),
g. thoughts of giving up (Do I really need to bother with this?) followed by,
h. resign (Other people and the universe don’t want me to succeed. Oh well, I’ll do something else that befits me and then I’ll prove everyone wrong.)
If you falter just when you must not, you will find yourself in the same rut again. The same cycle will repeat. The same pattern will emerge. Every.Single.Time.

Sitting on his lawn with not a care in the world, Mulla Nasrudin was famous for reading the newspaper in the mornings. Next to him would be a table generously laid out with Arabian coffee, dates, fresh fruits and warm bread while his dog would be prancing about merrily. There was only one problem: any time any car or bike etc. would pass, the dog would chase down the vehicle with all his might only to return panting and puffing.

“Mulla, do you never think why your dog does that?” his friend said to him one day. “It’s not like he can outrun them or stop them.”
“I feel differently,” Mulla replied. “In the unlikely event that my dog does succeed one day, what would he do? Ask them to get out?” 1

Sometimes, you just have to let the dog bark. You have to let it chase the vehicles. It’s the nature of the puppy to get excited at the sighting of a fire hydrant. It needn’t bother you. In fact, it concerns us no more than a barking dog would concern a motorist.

Just this one time, do not repeat what you might have done in the past. You will find yourself a step closer to your goal as a result. It will flush you with so much self-esteem and confidence that one day you will look back and laugh heartily at things that once seemed unmanageable or out of reach.

Just go a step further this time. And then, take another step. Repeat. You are not gonna win snakes and ladders if you stop rolling the dice. We have to keep trying.

Come on, push, push, push. Keep churning. Break the pattern. Just break it. You can do it.

320 comments on this post. Please login to view member comments and participate in the discussion.