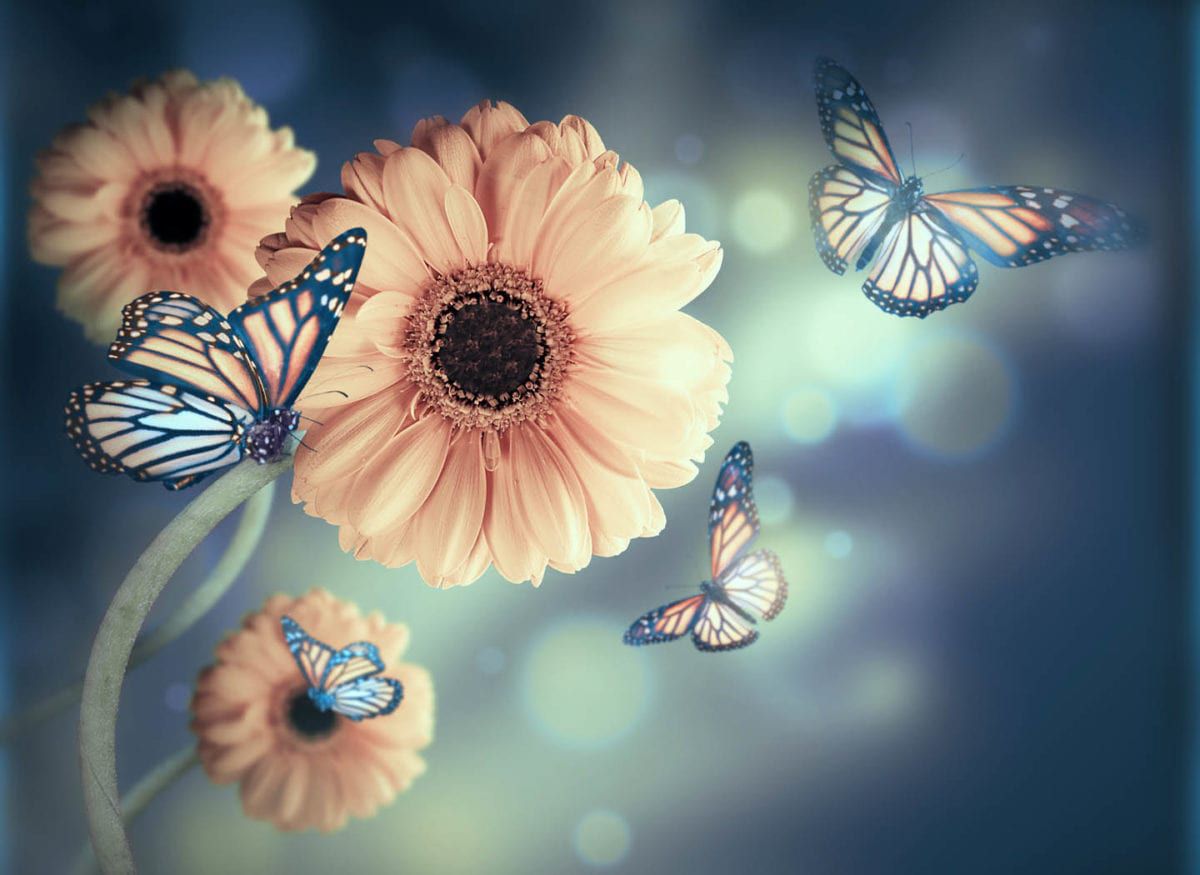 All living entities are constantly working towards the same truth. It's simple and penetrating. Here's my perspective.

The other day, my eyes were tired from continuously looking at the screen for several hours at a straight stretch. I had been busy editing my upcoming memoir and replying to numerous emails. I could stare at the screen no longer as the words were beginning to swim in front of me. To give my eyes some rest, I drew the curtain and looked outside. It was a beautiful scene. The river was flowing gently, the mountains were green, at a distance a farmer was tilling his land, on a rock, a shepherd was resting while his cattle were roaming around, the sky was clear and up in that blue expanse was a bird circling about.

My gaze followed the bird as it soared high in the sky, still flying around in circles, it came down at a much lower altitude and flew high again. This went on for a good few minutes before it eventually disappeared behind a giant mountain. I looked elsewhere through my window and couldn’t spot another bird but right at one corner of the glass was a cobweb and a spider was waiting at the edge of the web. It was quiet and still. Just outside the window, some butterflies were flitting about.

I closed my laptop for the screen looked extremely unappealing now. An aphorism by a lesser-known saint, Maluk Das, came to my mind:

But, I think there’s more to our world than this simple, albeit soulful, statement. I sat there reflecting on the eternal truth of our existence. Whether it was the bird flying in the sky or the fluttering butterflies, the working farmer or the resting shepherd, there was one thing common. Hunger. Hunger is the eternal truth of all living entities. Other than humans or perhaps the animals tamed by us, most species rarely get to eat to their heart’s content. Every morning billions of creatures step out of the safety and comfort of their shelter in search of food. They must find food or perish.

Hunger is also our truth; there’s only one key difference between ours and theirs. No, it’s not greed. Like us, animals can be greedy too. On many occasions, I’ve seen dogs, cats and other animals devour food with insatiable desire. But, their hunger is basic, it’s elementary whereas ours is more evolved. They need to eat when famished and they need to mate when in heat. Our race, however, is starving for many other things.

Just look around and see how people are hungry for different reasons. Most are yearning for more money, many are craving love, others are hungry for power, some for status, name and fame and so forth. Our hunger keeps us on our toes, it keeps us going, it motivates us and also makes us feel important and adequate. But, what we want in life often arises from a sense of lacking, even insecurity. As you crave food when your body lacks it, you long for fulfillment when life fails to provide it. In seeking that fulfillment, we set goals and constantly strive and struggle to reach them, only to set more upon their attainment. This hunger is eternal.

When, however, you feel complete within, you don’t feel starved but full. And when you are full, the urge to be more or have more disappears. The circling around stops. In the words of the noted Austrian psychologist, Alfred Adler:

One motive is common to all forms of vanity. The vain individual has created a goal that cannot be attained in this life. He wants to be more important and successful than anyone else in the world, and this goal is the direct result of his feeling of inadequacy.

This is a gem. If you reflect on it, you’ll discover that once we start to believe we lack something, we begin to work towards it automatically. Most of our goals are truly determined by a sense of inadequacy. This is not good or bad or a pessimistic view but simply the naked truth. The sad part is we are not born this way but we have been subtly, even if unintentionally, conditioned this way. That we are not sufficient, that we must always strive for more. It needn’t be like this. Before placating your hunger, take a moment to question if you are actually hungry or if it is a false alarm.

Mulla Nasrudin was on a cruise and he shared the table with a French gentleman.
At the dinner, the Frenchman said, “Bon appétit!”

“Mulla Nasrudin!” said Mulla.
The French fellow nodded politely. The same pleasantries were exchanged at the next meal.

This went on for five days when Mulla could not take it anymore and told another traveler: “Before every meal, he tells me his name is Bon Appétit and I tell him mine. I don’t understand this guy. Why does he announce his name every time?”
The fellow traveler laughed and explained to Mulla that bon appétit was a greeting that meant ‘enjoy your meal’.

Nasrudin was very happy to have solved the mystery and eagerly awaited the next meal.
Surely enough, they met at dinner again. Mulla welcomed him with a big smile, and said, “Bon appétit!”

The world is looking at you and trying to copy you, thinking you have it figured out and you are doing the same looking at them. There is no real hunger beneath, just artificially fueled fire based on superficial and arbitrary observations.

Yes, we need to survive, we need to live, we need to be comfortable and safe, but we don’t have to be crazy. The carrot of desires is forever hanging in front and we are vainly chasing it. Snip the cord and eat the carrot. You can then sit under the shade and enjoy life for what it is — a beautiful gift. This is also an eternal truth: it’s a beautiful life.