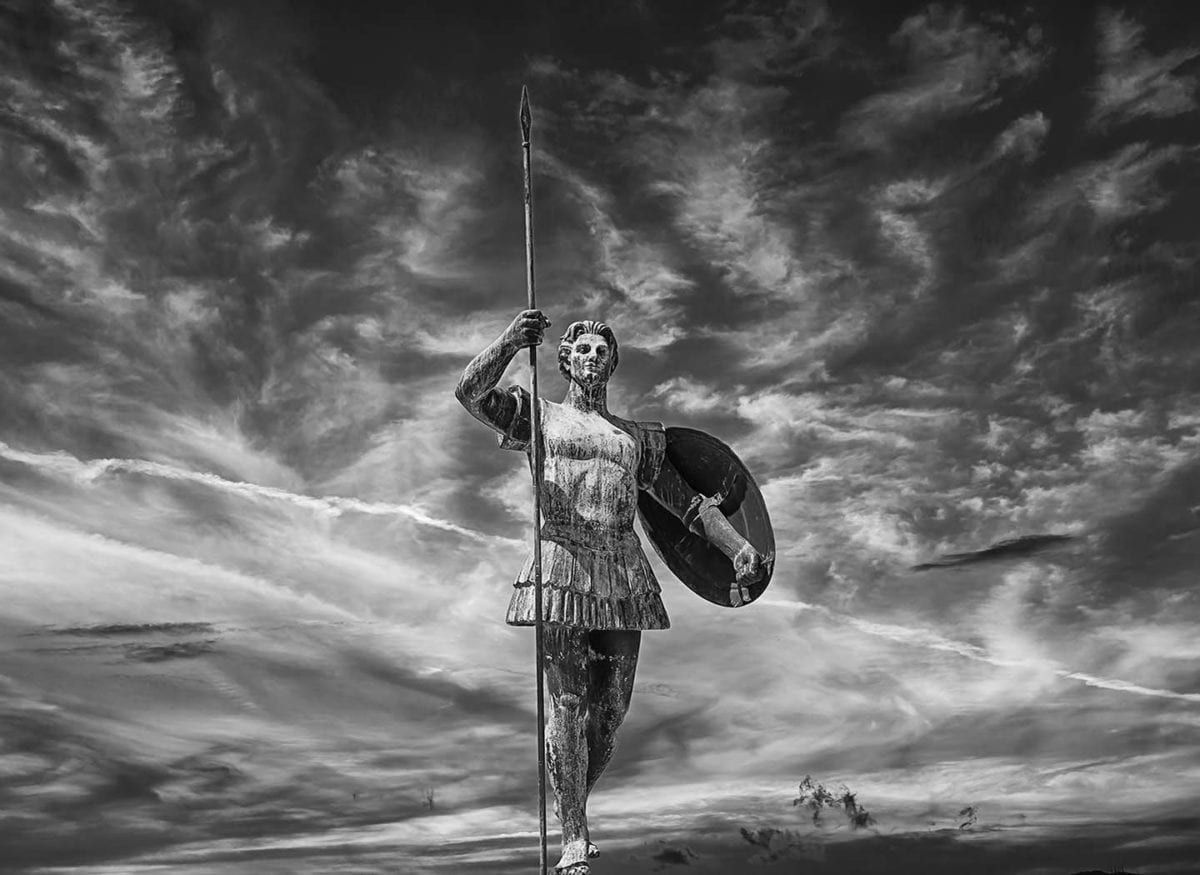 How Much is Enough?

Here's a beautiful story from the life of Alexander the Great on the futility of reckless pursuits.

Legend has it that Alexander III of Greece, commonly known as Alexander the Great, sent one of his messengers to invite the quiet yogi Dandini for a discourse and discussion on philosophy. After conquering the world at the cost of countless lives, he was making rapid progress in his territorial coups. He had heard a great deal about this yogi. Dandini, however, turned down the invitation and chose to stay back in his hermitage in the woods. Alexander didn’t take it too kindly. But, being a pupil of none other than the brilliant Aristotle, he knew very well that mystics and philosophers could rarely be lured or coerced.

He sent his helmsman, Onesicritus, to invite Dandini one more time. He praised the yogi lavishly and offered him gifts. When Dandini didn’t change his stance, Onesicritus threatened him saying Alexander had ordered his beheading should the orders of the emperor be disobeyed. Dandini refused all the gifts, remained unmoved, and said he had no fear of death. Onesicritus couldn’t muster the courage to kill him, and, instead, paid his respects to the yogi and went back to report the incident.

Livid at being rejected by a forest-dweller, Alexander decided to teach Dandini a lesson. As he, along with his marshal and royal entourage, made their way into the deeper forests, a sense of calm began to engulf him. His anger took a backseat as soon as he looked into Dandini’s piercing eyes but when the sage did not get up to welcome him, he was furious once again.

“How dare you refuse my gifts?” Alexander asked him sternly.
“They were smeared in blood.”

There was something in Dandini’s voice, a chilling truth, a fearless conviction that shook Alexander from within. Yet, he wasn’t prepared to let his expressions betray his feelings in front of his men. Alexander dismounted his horse and stood tall before the sage who was sitting calmly.

This ticked off Alexander who took the yogi’s cryptic answers as an insult. Pulling out his shining sword, he raised it into the air and brought it close to Dandini’s neck.

“I am Alexander, the world conqueror,” he shouted. “You are sitting on my land. Surrender or I’ll kill y­—”

“Your land?” Dandini chuckled as he cut him off. “The land belongs to no one, O King!”
“Before you, there were others who claimed it as theirs,” he continued. “After you, there’ll be others who will say it’s theirs. All creation belongs to the creator alone, Alexander. And no one has any right to destroy what they haven’t created. You have blood on your hands, O Emperor. You may have a temporary claim on the land, but you have permanent scars on your soul.”

Alexander lowered his sword and adjusted his posture uncomfortably. Signaling his men to wait at a distance, he cleared his throat.

“The whole world is mine, Dandini,” Alexander exclaimed. “History will remember me as the mightiest king! My men can die for me!”

“What good is your ambition or remembrance, O King? You drown yourself in alcohol every evening so you may forget about your sins. These men who surround you, they are tired of you. They’ll give up on you one day very soon.”

“Besides,” Dandini continued, “what will you do with the world? All you need is two yards. Two yards long and two yards deep. That’s all that will belong to you ultimately.”

Deeply moved, Alexander put his sword back, nodded before Dandini and left immediately.

Barely a few months had passed when his army mutinied bringing an abrupt end to his campaign in India. Three years later, Alexander died at the age of thirty-three in Babylon.

Even though it may seem that way, my focus today is not on Alexander and his crusades. Instead, it is on but you and me and our conquests. What is the sum total of human life? Are we to keep working towards eternally elusive and expanding goals? I say this rhetorically. At the same time, however, I do believe that in our continuous effort to be more productive and ever-progressive, we tend to lose sight of the beautiful side of life — its simplicity.

Simple lives are beautiful lives. This is my view. A good meal, two ticks of laughter, a gesture of love, an act of kindness, that’s what life is about, that’s what simplicity is about. In any relationship or when you are lonely, it’s these small gestures, these simple moments that make you feel complete, fulfilled.

And, simplicity requires great mindfulness and determination because it’s so easy to keep adding clutter to our world of gadgets and devices. It takes no effort to complicate our lives in this uber-connected world. Each one of us, an Alexander of our own world, seems to have embarked on an endless spree of material acquisitions. By no means am I saying you strip yourself of your wealth or you don’t aim for material growth.

By simplicity, I am suggesting you do a mindful stocktake of your life. Where are you now and where do you want to be? What matters to you? Are you living or just getting by?

Your perspective of life and your criteria for success will undergo a profound paradigm shift once you simplify your life. In fact, the simplification of life is not a solitary event, it is a world conquest in its own right. Whether a glassful of water is adequate is not so much about the absolute quantity of water as it is about your thirst. If you are not thirsty, even very little will do but if your soul is parched, a whole ocean won’t suffice.

How much is enough, after all? For a content heart, it’s always enough. For, that’s what nature is about — abundant, bounteous, enough. Always. It’s simple.