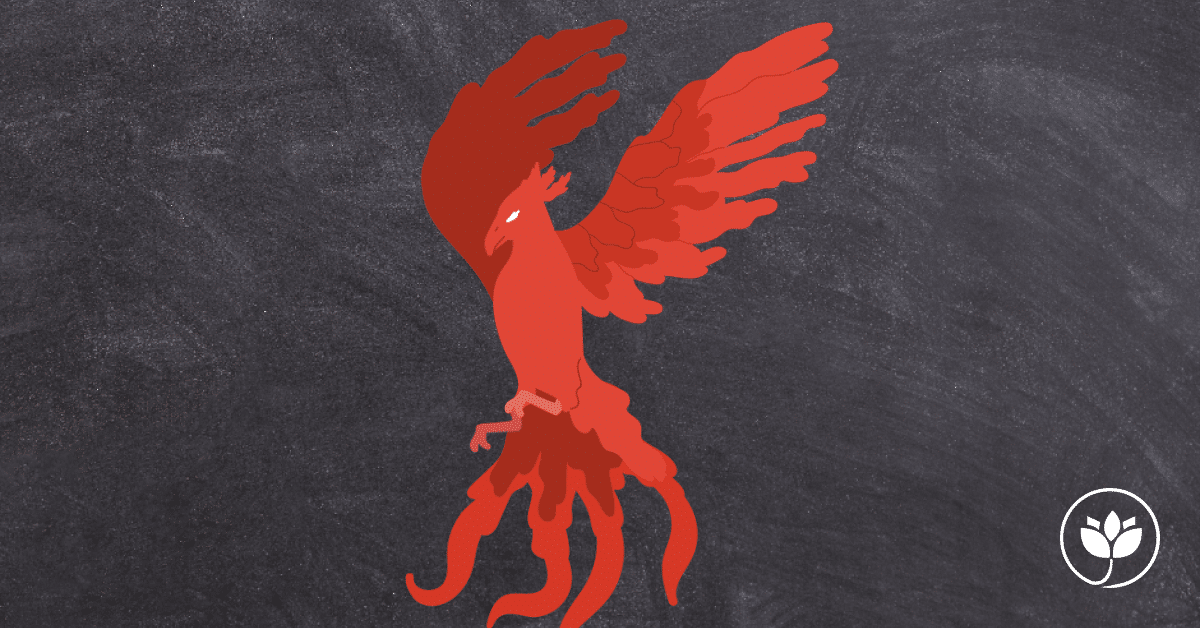 Reincarnation: The Journey and Reality

We reincarnate to give, receive, and in the end, become love.

Please note: The stories of reincarnation and book recommendations are mentioned throughout the article.

Catherine suffered from chronic anxiety attacks and recurring nightmares. When Dr. Brian Weiss turned to hypnosis as a last resort, he was astounded when Catherine began recalling past-life traumas. His scepticism vanished when she began channelling messages from higher spirits called the Masters, including revelations about his own life.

There is life after death and our past-life experiences very much influence our behaviour in this lifetime.

Many Lives, Many Masters by Dr. Brian Weiss is arguably the most notable book on past-life experiences and how they play a large role in our current lifetime.

Are you carrying emotional baggage? Well, it’s time to work through it and let it go. Otherwise, you run the risk of carrying it over into your next lifetime.

The book says, “Check your vices. If you do not, you carry them over with you to another life. Only we can rid ourselves… of the bad habits that we accumulate when we are in a physical state.”

Before we speak of vices though, here is the all-important question: Is reincarnation real? If so, how many lifetimes have we lived?

What is reincarnation, in the first place?

Reincarnation is rebirth after death. In other words, you die, wait a certain amount of time and are born again – different body, different place, different parents. Same soul.

In 2002, James Leininger, a four-year-old boy from Louisiana, USA, strongly believed that he had once been a World War II pilot who was shot down.

His parents first realized that he possessed these memories when he was two years old and woke up from a nightmare, screaming, “Airplane crash! Plane on fire! Little man can’t get out!”

He also knew details about World War II that seemed impossible for a toddler to know. For instance, when his mother referred to an object on the bottom of a toy plane as a bomb, James corrected her by saying it was a drop tank.

Another time, he and his parents were watching a History Channel documentary, and the narrator called a Japanese plane a Zero. James insisted that it was a Tony. In both cases, he was right.

The boy said that he had also been named James in his previous life and that he’d flown off a ship named the Natoma. The Leiningers discovered a WWII aircraft carrier called the USS Natoma Bay. In its squadron was a pilot named James “Little Man” Huston, who had been killed in action over the Pacific.

James talked incessantly about his plane crashing, and he was disturbed by nightmares a few times a week. Eventually, with the help of a past-life therapist, his mother was able to assure James that whatever happened had occurred in another life and body, and he was safe now.

His nightmares slowly faded and James began leading a normal life in this body.

There are countless such instances where children have recalled past lives. These stories have been verified and corroborated indisputably.

Personal anecdotes being one side of the spectrum when we swing over to the other side with religion playing an overarching role in most countries, what do different religious systems have to say about reincarnation? Here are some interesting facts:

Heba Aridi belongs to a Druze family from Lebanon, a 1000-year-old religion whose practitioners live mostly in Lebanon, Syria, Israel and Jordan. Druze strongly believes that every human being is reincarnated and our soul quickly finds another body to live on indefinitely.

Druze people believe that certain people remember their past lives strongly. Heba is one of them. She was just three years old when she first declared that her name was Nada, pretending to prepare sandwiches for her “husband”, Amin, to eat when he came home from work.

Heba’s mother found out that just a half-hour’s drive away from the town lived a man named Amin whose wife, Nada, had died a few years ago. Nada’s mother and sister, intrigued when they heard about Heba, invited her over to their house to see if she recognized anything.

As soon as Heba entered the house, she recognized Nada’s bedroom. She remembered how she had loved spending time in the garden and also enquired after an older woman who used to sit in the corner of one of the bedrooms. The woman turned out to Nada’s grandmother who had also passed away recently.

She remembered many more details about Nada’s life, confirming beyond a doubt that she had been Nada in her past life.

While the Druze religion not just believes but also encourages people to recall reincarnated lives, did you know though that some major religions don’t believe in reincarnation at all?

The beliefs of Zoroastrianism are, in fact, the base for other major religions like Christianity.

Though Buddhism, like Sanatana Dharma, believes in reincarnation, its concept is different.

Buddhism reincarnation believes that rebirth can happen into any of six different realms – three good and three evil. The three evil realms are Tiryak (Animal), Preta (Ghost) and Narak (Hell) while the three good realms are Deva (God), Asura (Demigod) and Manusya (Human).

Which realm one is born into is dependent upon the law of karma and one’s actions in previous lifetimes. The more right your actions and speech, the more likely one is to be born in a good realm.

Being born a human is a rare opportunity for one to release themselves from this endless cycle of birth and death. By walking the Eightfold Path set out by Buddha, one can attain Nirvana or enlightenment and escape the cycle of samsara.

Born in Seattle in 1991, Sonam Wangdu was two years old when he realized he was the fourth reincarnation of the original Tibetan lama, Dezhung Rinpoche I. By 1996, he answered only to the name of Trulku-la (literally meaning ‘reincarnation’). He left his family to be raised by monks while studying Tibetan Buddhism in Kathmandu, Nepal.

Eventually, he became the head of a monastery there and is currently indeed widely regarded as the fourth reincarnation of Dezhung Rinpoche I.

The Fear of Death and Reincarnation:

Anita Moorjani fought cancer for four long years before her body began shutting down. She went into a coma as her organs failed. And it was in this state that she entered a near-death experience that showed her inherent worth and the actual cause of her disease. She was shown her many lives prior to this one and how we are all spiritual beings, having a human experience.

We are all One.

Dying To Be Me by Anita Moorjani speaks volumes about past lives and what each lifetime stands for.

In an ironic twist, the sole reason for her near-death experience was the fear of death. Utterly terrified of dying, she writes in her book, she looked after her body with the utmost care, eating only organic foods, exercising well and living a healthy lifestyle. But cancer caught her, anyway, because it was meant to happen.

And that, ultimately, led her to experience the ultimate truth – we arrive on Earth for liberation.

Belief in reincarnation can be a comforting thought for one who is scared of dying. But as renowned Indian monk, Om Swami says:

If you start to look upon death as a mere pause and not an abrupt end, you may even begin to like it, much less loath it. Think about this: once you cross the chasm of death, you will get another chance at life, another childhood, another youth, one more chance at living, at loving, at being.

No matter what your belief, irrespective of whether or not you believe in the afterlife, rebirth, or reincarnation, the real you remains the immutable soul. When you are sleeping, and you are not aware of yourself, it is aware. When you are unconscious for any reason and do not have any knowledge of yourself, it does.

It is the linchpin of all life, the string in the pearl-necklace, the fragrance of a rose, the heat in fire, the cold in ice, the essence of all phenomena, the warmth in the heart, the emotion in your tears. ‘It’ is your atman, the soul. Indestructible. Indivisible. Complete. Unfathomable. Unknowable.

The Fear of Death, Om Swami

What is the ultimate purpose of reincarnation?

We reincarnate for love.

We reincarnate to give, receive, and in the end, become love.

And that’s exactly what Dr. Brian Weiss found out.

Through hypnosis sessions, Dr. Brian Weiss becomes very certain that two of his patients, Elizabeth and Pedro, strangers to each other, have been lovers through many previous lifetimes. Should he bring them together again in this lifetime?

Each one of us has a soulmate whom we’ve loved in past incarnations. They wait to reunite with us in every lifetime.

Only Love is Real by Dr. Brian Weiss is an in-depth story of how, no matter where we go or how far we travel, we are brought back to the love that is meant for us and us alone – on earth, between lives and beyond.

We reincarnate for love.

And love is all there is.

What does a Himalayan monk, Om Swami have to say about reincarnation? In these frequently asked questions, Swami answers some age-old questions including that omnipotent one: what happens after death?

1. What happens after death?

At the moment somebody passes away, three things are taken into consideration:
(a) Their final state of mind – the final thought they had when they left their body
(b) What their training was like throughout their life – their mindset
(c) their karmic account – what does it look like?

After that, a soul merges into the supreme consciousness exactly the way a drop of rain merges into the ocean. Just as it then evaporates, goes back into the skies and falls as rain again, so too will a soul take another body and another and another, until it is eventually released from the cycle of birth and death entirely.

Find out more in this insightful discourse: 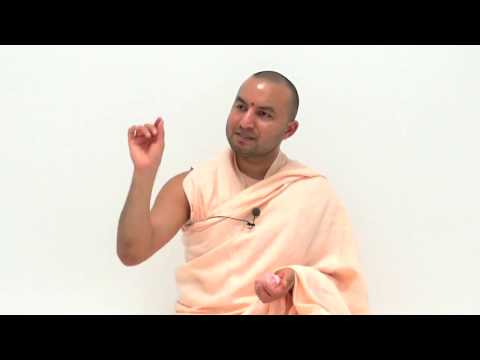 2. What are the different types of reincarnation?

Did you know reincarnation isn’t just a singular concept in Sanatana Dharma? It has different types! Ansh Avataras, Naimittika Avataras, Avadhutas, Nitya Avataras, Purna Avataras – find out more about these types in this illuminating discourse: 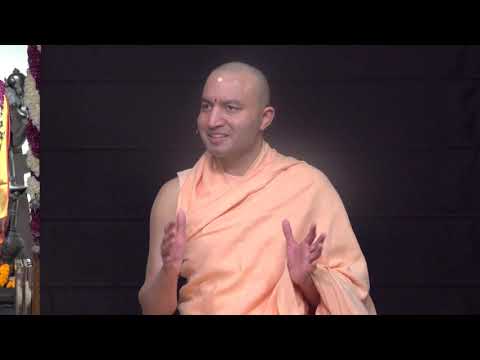 3. How can I live a life of my choice in the next birth?

When you have a million dollars in your bank account, your capacity to spend is one million dollars, assuming there are no debts. Similarly, based on your karmic balance, you get a choice of womb.

Confused? This video tells you all you need to know about choosing your next birth: 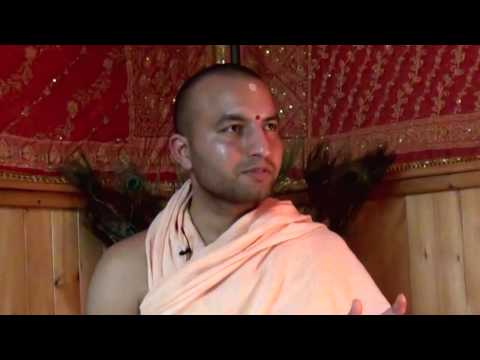 How do I overcome the fear of death?

Ask yourself, who is dying? The body, the mind? You? But who are you anyway?

If the real you, the eternal you is indestructible, indivisible and complete, what is there to fear? Death is but an illusion.
And this video gives you the solution to overcome the fear of death: 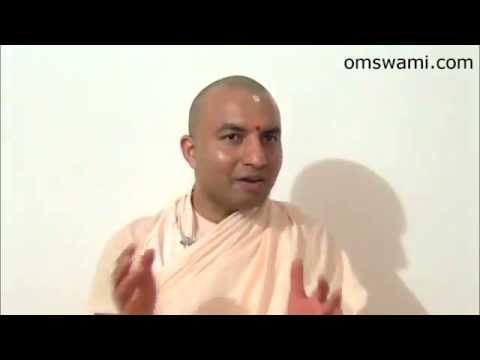