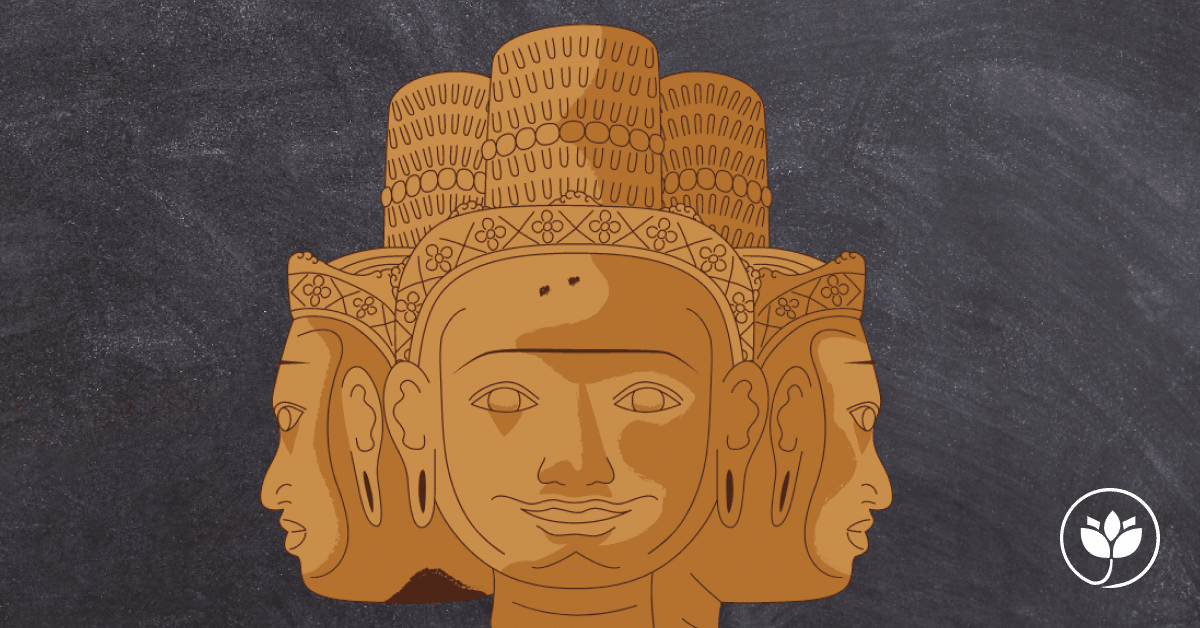 Pitru paksha is seen as a ritual to repay debts to our ancestors.

As per the Hindu calendar, Pitru Paksha is a fortnight-long period dedicated to departed souls. During this phase, we are meant to please our deceased ancestors, seek their forgiveness, and rid ourselves of Pitru Dosha (curse of our ancestors). This is achieved through various rituals like Shraadh, Tarpan, and Pind Daan. These are performed on the tithi on which they met with eternity. Watch this video to understand Pitru Dosha.

Pitru paksha is observed from the 1st tithi of Ashwin maas to the new moon day also known as Mahalaya Amavasya. Pitru paksha is seen as a ritual to repay debts to our ancestors. Hindu scriptures like Garuda Puran, Agni Puran and Vayu Puran explain the significance of Shraadh in great detail.

Meaning and Origin of Shraadh

Shraadh is a Sanskrit word derived from two other words – sat meaning truth and Adhar meaning basis. So the word Shraadh implies any act that is performed with all faith and sincerity. The ritual is meant to express our unconditional reverence towards our ancestors by satiating them.

According to the sacred texts of Hinduism, Rishi Atri, one of Lord Brahma’s ten sons, was the first to decipher the rituals of shraddha as devised by Lord Brahma to his son Nimi Rishi. Grieved by the sudden death of his son, Nimi Rishi, under the guidance of Narad Muni, started to invoke his ancestors, who soon appeared to tell him that he had already performed Pitri Yajna by feeding and worshipping the soul of his departed child. Since then, Shraadh has been considered an important ritual in Sanatan Dharma. Prominently, the texts mention twelve types of Shraadh. These include Nitya, Neimitik, Vriddhi, Kaamya, Sapindan, Goshtth, Paarvann, Shurdhyarth, Deivik, Karmaang, Oupcharik and Saanvatsarik Shraadh.

Why is Shraadh Performed?

According to Hindu beliefs, a human body has two parts – soul or Atma and body or Sharira. The body surrounding the soul is of three types – Sthula (gross body), Sukshma (subtle body), and Kaarana (causal body). After death, the gross body is cremated and the soul wrapped in the causal body wanders across various worlds over the river Vaitarni to the land of the dead.

Legend has it that Yama, the first being to die, became the presider over the dead and death. He is described as the dark and impersonal ruler who rides a buffalo and determines the future circumstances of jivas (living individuals) on the basis of their past deeds. He is also seen as the god of order and his accountant Chitragupta is believed to meticulously classify the deeds of the jivas as equity or debt and submit them to Yama, who is totally dispassionate in his judgment.

The land of the dead is where our Pitr or ancestors reside while waiting to be reborn. According to Hindus, rebirth can happen only when an offspring or a descendent in the living world produces a child. So when a Hindu dies, their children perform a ceremony known as Shraadh, during which three generations of ancestors are invited to a meal and an offering of rice cakes is made to them. This is symbolic of the promise to produce children and repay debt to our ancestors. In the absence of such a ceremony, the causal body is believed to linger in the land of the living as a ghost as it has no gross body to support it. Shraadh ensures that the causal body crosses the river Vaitarni and reaches the land of the dead. Only after reaching the land of the dead is it possible to be reborn. For the Pitr who are not able to cross the river, a modified Shraadh or a ritual known as Atma Shanti is performed to help the rebirth of the preta (ghost).

However, for the Pitr who die childless, there is no hope. According to Hindu beliefs, these Pitr are trapped in a place called Put – the land of the dead. The childless Pitr are doomed to remain in Put. In keeping with this idea, a son is referred to as Putra and a daughter as Putri, which in Sanskrit means deliverers from put.

Since Hinduism has such a complex understanding of the cycle of birth, life, and death (samsara), it automatically draws a lot of attention to karma, which is meant to help Hindus liberate themselves or find moksha from being reborn as that enables them to unify with the Paramatma or supreme being.

We hear the word karma being thrown around a lot in everyday interactions. Little do we realize that’s not what karma really means. Karma, in Sanskrit, translates to action and includes our thoughts, words, and deeds. There are essentially 12 Laws of Karma and understanding them individually allows us to witness the interplay between our actions and their consequences.

The 12 Laws of Karma

Let’s take a closer look at the twelve Laws of Karma that govern our day-to-day activities and what’s to follow after.

Also known as the Law of Cause and Effect, this implies we will receive whatever thoughts, deeds, or energy we put out in the world. As the common saying goes, you reap what you sow. So if you want peace, happiness, love, and generosity, you must first exhibit these traits and treat others in the same manner.

Life does not happen to us, it happens because of us. We are in charge of creating it. So don’t wait for things to fall in your lap. Go out and create opportunities for yourself. Look at what’s happening around you because it reflects what’s going on inside. If you are surrounded by chaos, you’re probably dealing with chaos internally as well. Surround yourself with what you want to create the future you desire.

Begin with where you are. If you want to change something, you must have a good understanding of what you’re starting with. Accept the present with humility and then actively work towards changing those things that need to be changed. With the help of self-reflection, you can witness where you are in life and humbly set out to get what you want instead.

Growth starts from within. We cannot change the world unless we start to grow ourselves and growth should never come to a halt. There are always new things to learn, ways to improve, and traits to develop. When we change who we are at the core, our life will follow suit and even the world around us will begin to change.

Since you are responsible for your life’s journey, take responsibility for what’s happening – both the good and the bad. Take ownership, don’t make excuses. You cannot control everything that happens to you but you can hold yourself accountable for the way you respond to these things.

We are all interconnected, meaning we are dependent on one another and everything around us in some way or the other. This includes our past, present, and future. Whatever you have experienced in the past makes you who you are today and influences who you will be tomorrow. So be mindful about the things you do and the people you interact with.

We can only channel our energy toward one thing at a time. Even if we think of ourselves as multitaskers, the truth is we accomplish more when we focus on one thing at a time. This applies to thoughts, tasks, and goals. So prioritize your work and finish one thing before starting another. This law helps keep our thoughts in line as well. When you keep yourself focused on things like peace and love, then you aren’t distracted by feelings of anger and greed.

8. Law of Giving and Hospitality

In life, we have many opportunities to do something that will demonstrate our commitment to our beliefs. Our actions reflect what we believe in. So walk the talk when you believe you should be giving and hospitable towards others.

This is all about living in the moment. You lose the ability to enjoy the present when you focus on your past or the future. Since the present is all you really have, embrace it by letting go of negative thoughts and actions that hold you to your past or get you anxious about the future.

This teaches us that history will continue to repeat itself until we learn from it. When we finally learn the lessons we need to, then we are able to change the course of our lives for good. If your life seems to be playing on repeat, evaluate what lessons you are overlooking and use that to devise a new future.

11.  Law of Patience and Reward

Hard work pays off. When you put in the necessary work for as long as it takes, success eventually follows. It may take longer than you planned but with consistency, your effort will bring dividends.

12.  Law of Significance and Inspiration

Since we are all connected, our actions and thoughts impact others. We should not hold back from sharing our skills and gifts with the world in order to influence it positively. Every action on your part impacts the world around us.

Karma is not about doing good or bad. Instead, it teaches us that everything we do impacts not only us but also the world around us. Whether you are a believer or not, understanding the twelve Laws of Karma helps establish the relationship between action and consequence. Apply these in your day-to-day life and you will feel more fulfilled, productive and impactful.