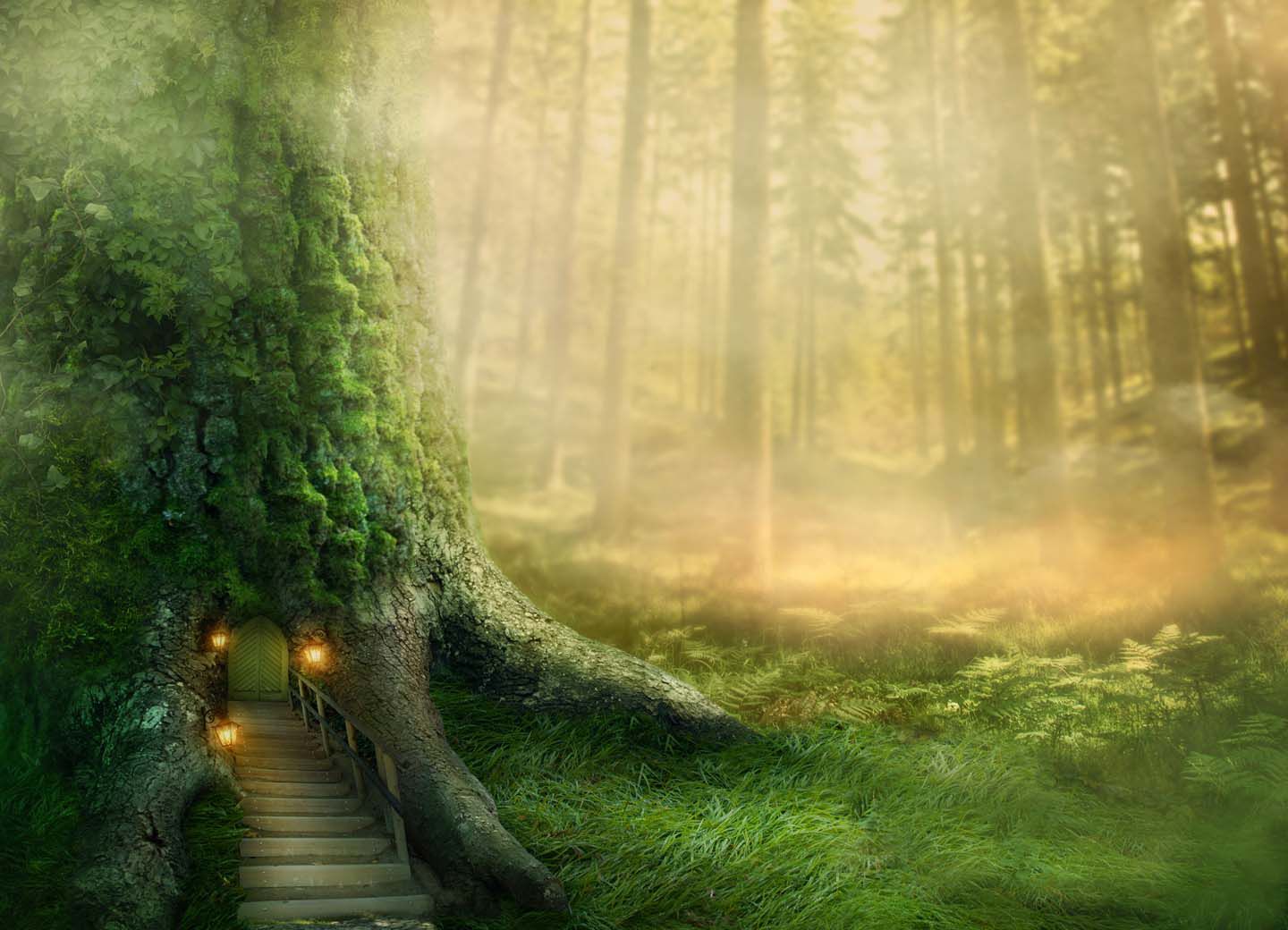 Why do some people succeed quicker than others? Believing in your dreams is the key.

Engrossed in his own world, dismayed and troubled, once upon a time, a traveler was passing through the woods. His whole life had been a struggle, he felt. No matter how hard he worked, there seemed no end to the challenges life put him through. His friends, peers and siblings had all progressed while he remained where he was. He was convinced that they were just luckier and that he was fated to slog and sweat.

Little did he know that he was passing through a magical terrain in the forest. A giant tree, too magnificent, too beautiful, too hard to resist, stood in the middle — inviting and riveting. The tree was a kalpataru, a wish-fulfilling tree. He sat by the root under the dense shade to rest. Soon, he felt thirsty. How I wish I could get a glass of cold water, he thought. And Poof! a glass of cold water emerged out of thin air.

He gulped it down, but now he felt hungry too. Barely had he imagined food when a sumptuous meal appeared right in front of him. He pinched himself in utter disbelief. He thought of a comfy bed and that too materialized in no time. The traveler realized that he had hit the jackpot. It was all happening for real. He wished for a home, servants, a garden, land and wealth, and everything continued to manifest in front of him.

It was starting to dawn on him that he was the master of his fate after all. That, this tree was truly granting his wishes, that, his thoughts were actually coming true. Afraid of losing it all, still in a sense of denial, he thought, “No, this can’t be true. I don’t deserve all this. I can’t possibly be that lucky. This must be a dream.”

Poof! Everything disappeared. He looked around and saw the dark woods. A few hours had already passed. It was getting dark; evening had set in as had fear. I hope there’s no lion nearby or I’ll be eaten alive, he thought.

A lion appeared and ate him.

This parable is everyone’s story. We are all passing through the woods and wondering about what life could have been or should have been. In doing so, we remain imperceptive to the magic our world already is.

You are resting under the mystical tree of life, sometimes completely unaware it is granting you your wishes, your dreams are coming true, that the Universe is constantly listening to you. The beauty of this listener is that it’s non-judgmental. It makes no discrimination between your good desires or bad desires. Once you contemplate something long enough, it is accepted into the fold of the cosmos and the forces of nature get to work materializing it in your life.

Assuming your effort is sincere, the intensity of your desire and the purity of your thought are the two primary factors that determine how long it will take before your wish is granted. By purity of thought, I’m not referring to any skewed stance on morality, I’m simply alluding to the single-mindedness of your pursuit. If you have too many desires going at the same time, it’s just too much noise. One thing at a time.

Most importantly, when you don’t believe in something, the Universe doesn’t believe in it either. If you believe in your own goals, dreams, desires and hopes, the Universe will too. Vedic scriptures persuasively state and logically prove that we are an exact replica of the Universe. We are the microcosm and out there is the macrocosm. Anything you wish to materialize outside, you must first learn to manifest it within — with complete conviction and sincerity.

If you are willing to be patient, persistent and positive, you can accomplish pretty much anything. I have to give you a caveat though: this law of nature doesn’t work if you want a specific person in your life to be a certain way. If you want love, you can have it, but it may not necessarily be from the person you wish it from, for example. Why? Because they too are releasing their desires and thoughts into the macrocosm, and if theirs are more intense and persistent, the Universe is bound to listen to them first.

Your fears, thoughts, desires, expectations, dreams and hopes stem from thought. Whatever you cling to ultimately manifests.

Never think you are undeserving of the good in your life, never think you can’t make it, because, if you start to think that, well then, you leave Nature with no choice but to believe you. Allow your dreams to materialize; give your hopes a chance over your fears, let your conviction win over your doubts.