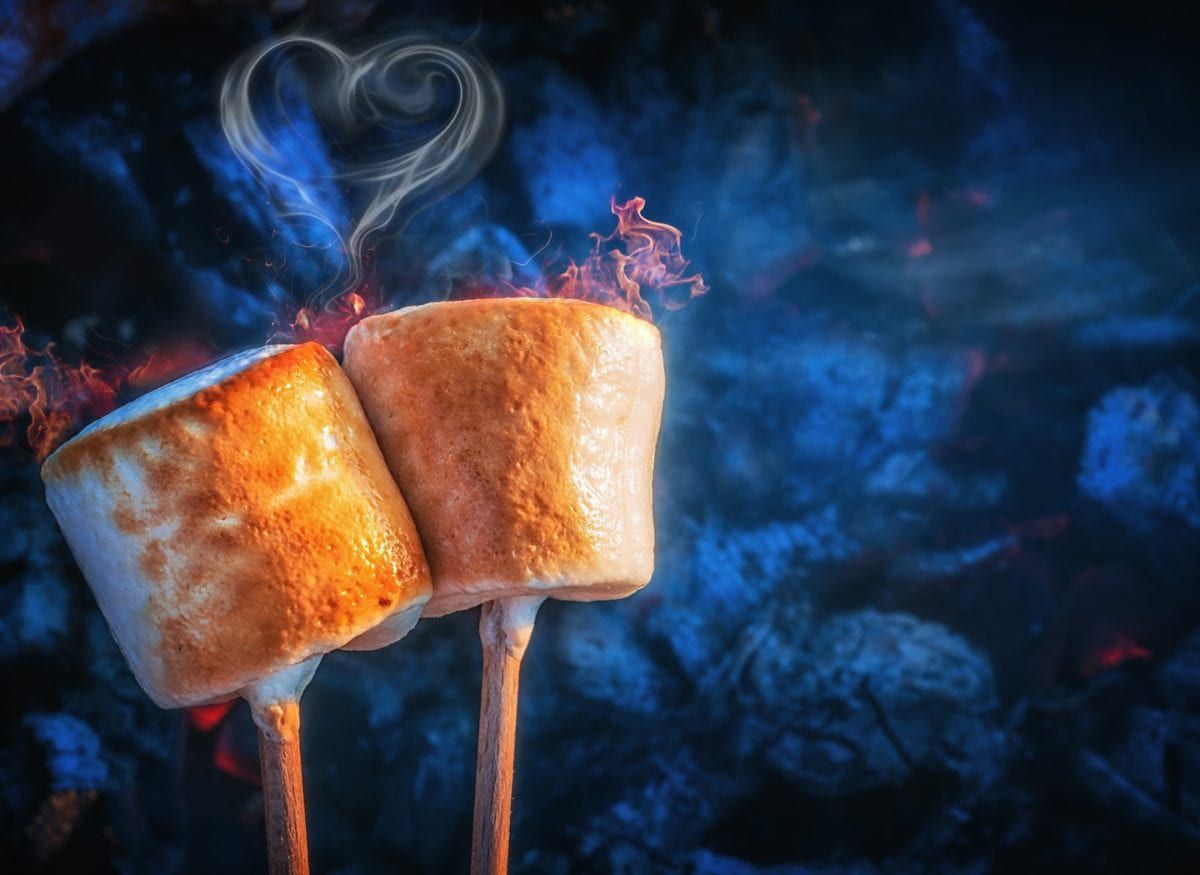 Is it possible to regulate your emotions so you feel a certain way under most circumstances?

I was reminded of a passage from Willpower by Roy Baumiester, which read: “Emotional control is uniquely difficult because you generally can’t alter your mood by an act of will. You can change what you think about or how you behave, but you can’t force yourself to be happy. You can treat your in-laws politely, but you can’t make yourself rejoice over their month-long visit.”

It happened when I met someone who was struggling to bridge the gap between what he knew he should be doing versus what he was actually doing. I told him to make small resolutions and honor them.

“All my resolutions mean nothing,” he said almost defiantly. “I don’t want to smoke or get angry or procrastinate but I end up doing all these. I want to meditate, exercise and get up early but no matter what I do, I just don’t seem to have the willpower.”

I looked at him quietly because I can’t even begin to tell you how common this issue is and how each one of us suffers on account of a lack of willpower.

“It almost feels that I’m born a loser who can’t ever stick to his word,” he concluded. “No one trusts me anymore. Heck, I don’t trust myself!”

It happens to the most of us on a daily basis. We decide to do one thing, but we don’t carry it through. We promise ourselves to not feel a certain way or think certain things and yet at the hands of nagging temptations and emotions, we feel overpowered if not completely helpless. Is there a way out? Well, yes.

In fact, transforming ourselves is not as hard as it may seem at first. It is possible to lead your life and get things done the way you envisage. It is within your reach to shed your past, to walk out of darkness and into light. How, you ask?

Away from philosophy, mysticism and spirituality, I have good news for you with practical tips. To begin with, however, I must share with you a famous psychological study first done in 1960. Called the Marshmallow Experiment, it comprised a series of experiments designed by psychologists Walter Mischel and Ebbe B. Ebbesen at Stanford University.

They were studying how a child learns to resist immediate gratification, and they found a creative new way to observe the process in four-year-old children. They would bring the children one at a time into a room, show them a marshmallow, and offer them a deal before leaving them alone in the room. The children could eat the marshmallow whenever they wanted to, but if they held off until the experimenter returned, they would get a second marshmallow to eat along with it. Some children gobbled the marshmallow right away; others tried resisting but couldn’t hold out; some managed to wait out the whole fifteen minutes for the bigger reward. The ones who succeeded tended to do so by distracting themselves, which seemed an interesting enough finding at the time of the experiments, in the 1960s.

Much later, though, Mischel discovered something else thanks to a stroke of good fortune. His own daughters happened to attend the same school, on the Stanford University campus, where the marshmallow experiments took place. Long after he finished the experiments and moved on to other topics, Mischel kept hearing from his daughters about their classmates. He noticed that the children who had failed to wait for the extra marshmallow seemed to get in more trouble than the others, both in and out of school. To see if there was a pattern, Mischel and his colleagues tracked down hundreds of veterans of the experiments. They found that the ones who had shown the most willpower at age four went on to get better grades and test scores. The children who had managed to hold out the entire fifteen minutes went on to score 210 points higher on the SAT than the ones who had caved after the first half minute. The children with willpower grew up to become more popular with their peers and their teachers. They earned higher salaries. They had a lower body-mass index, suggesting that they were less prone to gain weight as middle age encroached.

People with good self-control seemed exceptionally good at forming and maintaining secure, satisfying attachments to other people. They were shown to be better at empathizing with others and considering things from other people’s perspectives. They were more stable emotionally and less prone to anxiety, depression, paranoia, psychoticism, obsessive-compulsive behavior, eating disorders, drinking problems, and other maladies. They got angry less often, and when they did get angry, they were less likely to get aggressive, either verbally or physically.
(Willpower: Rediscovering Our Greatest Strength by Roy F. Baumeister and John Tierney)

In the past decade, I came across at least a dozen references to the Marshmallow Experiment in various books and I thought you might benefit from it on the path of self-transformation. In a nutshell, it highlights the importance of self-control or delayed gratification. No wonder that Patanjali in his yoga sutras put yama (moral restraints) and niyama (self-regulation) before anything else. No conscious change is possible without self-control. Here are three simple tips to increase your willpower which will help you tremendously in self-regulation.

Unlike meditation, the Ten Commandments or precepts of hatha-yoga, these are a lot simpler and extremely effective.

Your body uses glucose during self-control. Now you know why many people get cravings for sweets when they are trying to resist a temptation or are fighting a battle with their “unrestrained” self. If you are going to eat foods with high glycemic index, such as most starchy and processed foods, packaged snacks, white bread etc., your body will get a short spurt of energy but an overall lack of nutrition will make matters worse very soon. Therefore, resist the temptation of a quick top-up and instead focus on eating healthier foods. They include: fresh vegetables, nuts and fresh fruits, cottage cheese and other whole foods. Oh, and don’t forget your vitamins! Still better, if not necessary, is to supplement your diet with physical exercise. With right amount of glucose in your blood, you will find it easier to regulate yourself. Try it to believe it.

The smaller the goal, the greater the likelihood of attaining it. With each goal you realize, your self-esteem gets a boost which in turn leads to stronger willpower. (Eating right foods also fire the right neurotransmitters in the brain which can help one feel positive and self-assured.) If you give yourself too big a task without defining smaller, attainable milestones, you are most likely to give up even before starting seriously. Take one day at a time. Multitasking is the greatest enemy of productivity. My personal view is that doing one thing at a time is more effective and prone to success. Take on something, finish it first and then move to the next one.

If mind is a retailer then brain and stomach are distributors of willpower. Body is the only stockist and consciousness the only supplier. In other words, you only have one original source of willpower to draw from. If you are going to expend your willpower on things that don’t matter, you will have little left to use on things that do. When you are trying to not feel guilty, resentful, jealous, angry and so on, when you are trying to resist temptations, you are using willpower. If you focus on self-regulation by eating well, attaining smaller goals and directing your attention on the positives, you won’t have to use your energy to win over the negatives. There’s no sense in using your willpower to change your feelings (as I wrote in the opening quote). Instead, learn positive distraction to harness your energy.

I read a little something (edited) in Michael Krasny’s Let There Be Laughter: A young woman went to see Mulla Nasrudin for a peek in her future. She told him that there were two men, Hussein and Aamir, in her life and both loved her deeply. She was unsure whom to marry.

Mindfulness is the art of being aware of your choices and willpower is the skill of sticking with it, no matter what. You can cultivate willpower, hone it, strengthen and sharpen it. Once you make a choice (that is decide to do something), just do it. Keep doing it. Steadily. Patiently. That’s all there is to it.

Your willpower is your greatest asset. Regulation of thoughts, emotions, afflictions or addictions, all is possible with it. Use it wisely. Build it diligently.

The two meditation camps in California and Toronto filled up quickly and many requested for a Gayatri sadhana camp there. I’m pleased to announce a weekend sadhana camp in Toronto. Please note that outside India, this will be the only sadhana camp in the next 12 months or so. Details as follows: