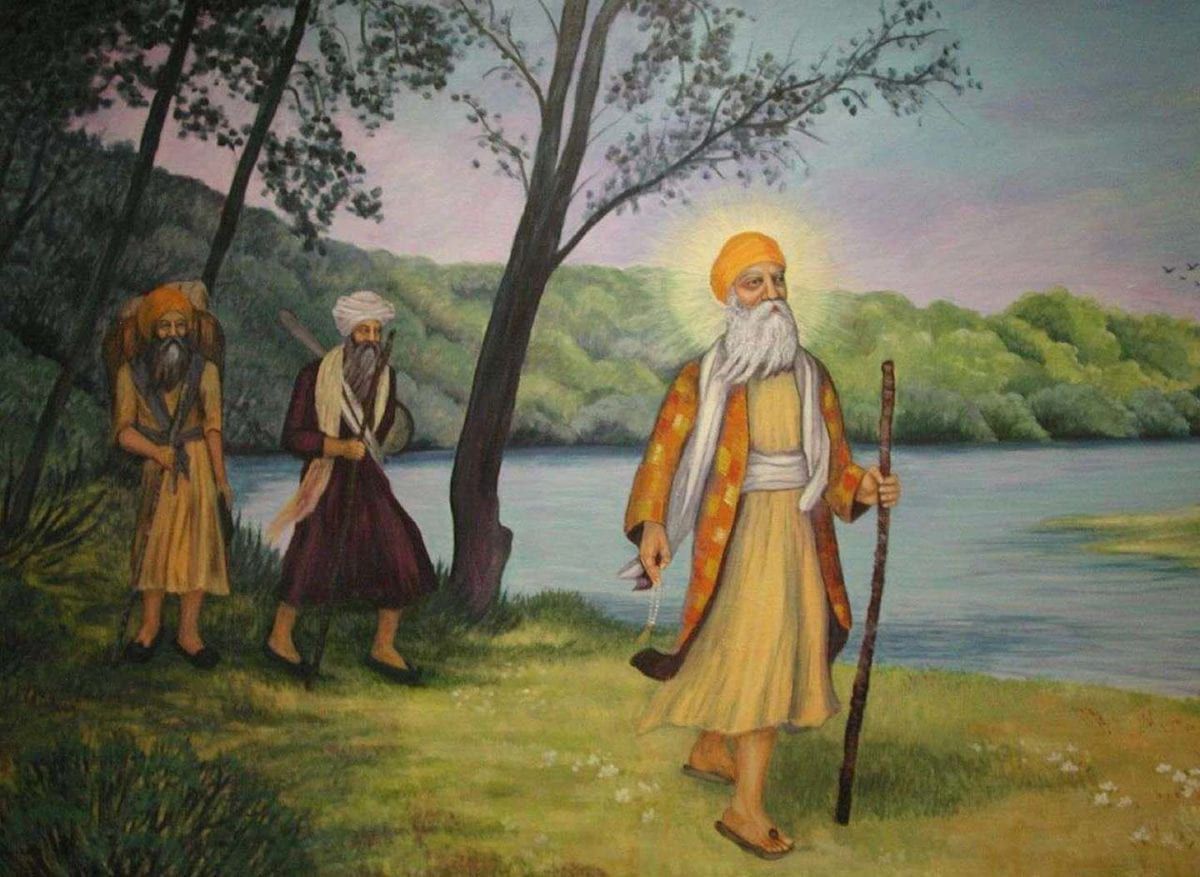 The Most Profitable Deal

The life of Guru Nanak Dev is a teaching, a divine message in its own right. Here's a beautiful story.

Like last week, I wish to begin with a story today, a legendary story of an enlightened master. You may have heard this story many times before, yet for the one who has time to reflect on one’s life, there’s a deeply moving and inspirational message in it.

Guru Nanak Dev was barely eighteen summers old when this incident took place. His father Mehta Kalu was a business owner and he had been vainly trying to lure him into worldly ways. Guru Nanak, however, was not just anybody but a rare spiritual being to grace our planet who was only interested in the welfare of mankind. Yet, his father hoped that one day his son would put his spiritual mission on the back burner and immerse himself in a material life like most others.

With that intent, giving him twenty rupees, he told Guru Nanak to go into the next town and do some profitable trade.

“If you come back and report a profit,” Mehta Kalu said, “I shall give you more money next time.”

The young Nanak smiled because since childhood nothing had been able to tie him down and here his father was still trying hard. Guru Nanak was beyond attachment and detachment, the absence or presence of money made no difference to him. He saw that twenty rupees gave him an opportunity to earn good karma by obeying his father as well as utilizing the funds to generate profit.

He quietly left with Mardana, his friend and companion who like Ananda to Buddha devoted his entire life to the service of the master and followed him like a shadow.

“We must do a true bargain, today,” Mardana said to Guru Nanak. “Let’s generate a profit that’ll please your father.”

Nanak’s most compassionate eyes looked around and he saw a group of ascetics who had been hungry for days. Handing Mardana the twenty rupees, Nanak instructed him to make arrangements for a hearty meal. At first, Mardana tried to reason with Guru Nanak that this was not the best use of the money but soon he realized that his friend knew exactly what he was doing. Arrangements for a meal were made and soon other poor and hungry people joined in.

Guru Nanak served them with his own hands as each one enjoyed the meal of their lifetime.

“We didn’t make a dime,” Mardana said on their way back. “Your father will be livid. We spent all his money.”

“Mardana, we did not spend his money,” Nanak said absorbed in tranquility. “Instead, we invested it. This was the most profitable transaction. What could be a truer bargain than feeding those who are hungry? No one lost in our deal. Everyone flourished. I shall always choose this trade over any other.”

He called it Sacha Sauda, true deal or exchange.

When you work selflessly, nature lends an extraordinary potency to your words. Such were the words of Guru Nanak, uttered in his selfless and pure sentiments, that even now ­— more than five hundred years later — all Sikh temples, all over the world, feed millions of people every day from all walks of life, from any religion. At no charge.

This is the greatest reward of selflessness: your words don’t fail. Like seeds, they germinate and turn into giant trees laden with fruits providing for one generation after another. As I’ve said on several occasions earlier, God or Nature, or whatever-name-you-want-to-give, automatically leans towards those who help creation thrive and advance. When you help others, you help nature.

If there was a term for ‘spiritual gravity’, I would say it’s selflessness. Just like Earth draws objects to it because of its gravitational force, selfless people attract everything in enormous magnitude by virtue of their altruistic demeanor. By selflessness, I’m not suggesting that you ignore your own needs or torture yourself. Selflessness is simply a way of life, a sense of understanding that we can’t be happy unless we pay attention to the happiness of others too. You may have a complete meal on your own, but it’s truly fulfilling when you share it.

If you doubt me then try having a meal in a restaurant all by yourself. That meal may be filling, you may feel full, but it won’t fulfill you. Why? Because it was all about you. No matter how bedecked the table may be, it is going to be a lonely meal. Most of us have a mistaken view of life that my life is only about me. If our lives were only about us as individuals, we wouldn’t even have survived as a species. Take care of others and nature takes care of you.

When you dine at a restaurant and have a $50 dinner, while it may help the economy, the truth is that you and I both know that helping the world wasn’t the intention in the first place. The intention was to feed yourself. This is no charity. But, when you pay a $10 or $15 tip at the same restaurant, you’ve just made a difference in someone’s life directly. We never tip to lure someone into serving us better (if that were the case, we would all tip at the beginning of a meal). By tipping, we express our gratitude. It’s not entirely selfless but it comes pretty close.

Life gives you a million opportunities to be selfless on countless occasions. Trust me, utilize every one of them. That’s all that will matter in the final analysis, that’s all that will go with you — your karma, that’s all that will give you peace and fulfillment. Paradoxically speaking, whatever you give others is the only thing that will stay with you. You give love, love stays. You give hate, hate stays. You give nothing, nothing stays. Only emptiness. The only way to expand your existence is by giving. If you haven’t the heart to part with what you believe is yours then at least share it. Sharing is the next best thing to giving.

In this transient life, in our temporary world, the only true deal is the deal of charity. It’s the most profitable transaction. Be kind, be selfless. Whatever you embark on will lead to success then. Dust will turn into diamonds in your hands. Your mere touch will turn iron into gold — you’ll become a touchstone. Your plans won’t fail, your words will come to pass. How come, you may wonder? Because Nature can’t afford, much less dare, to mess with a selfless person.

Altruism is the seed of all positive emotions. Selflessness is the mother of spirituality. It helps you look past yourself so you may be awed, baffled and astonished to see what great wealth is at your disposal to make your dreams come true (and other people’s too).