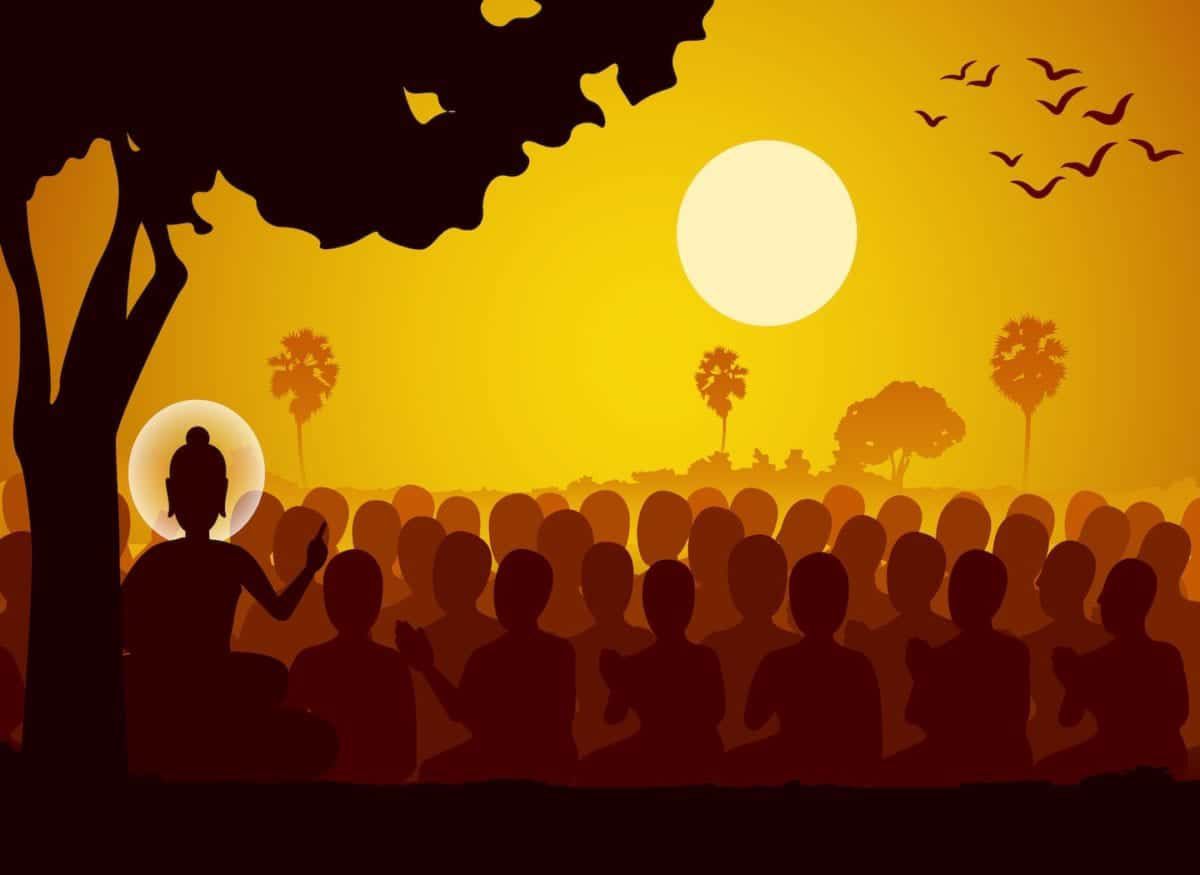 Wake up! Time is Running Out!

Here's something to think about...

Legend has it that Buddha was once delivering a sermon in Jetavana and at the end, he said, “Wake up! Time is running out!”

An hour later, he stepped out with his closest disciples including the ever-serving Ananda and always inquisitive Shariputra. A large number of people were still hanging about, waiting to catch a glimpse of the enlightened sage. Buddha stopped near the gates in a quiet corner so the crowd would dissipate and he could pass through. Just then a woman spotted him and came running.

“Tathagata,” she said bowing down, “I’m a dancer and I’d been scheduled to perform at the mansion of the richest merchant in the city. It had completely slipped my mind but you are all-knowing. When you concluded by saying, ‘Wake up! Time is running out!’ it reminded me of my commitment today. I can’t thank you enough. I will offer half of whatever I receive today at your feet.”

Buddha smiled and blessed her.

They had hardly walked a few steps when a man approached Buddha and clasped his feet. Buddha asked him to get up. “O Shasta,” the man said, “I know you never judge anyone so I must confess my truth to you. For months, I’ve been eyeing the home of a wealthy man where I intend to break in and steal.

Today, I saw him attend your discourse and later tell his family that they were leaving for another town. Your last line, ‘Wake up! Time is running out,’ came as a jolt. I know you’ve given me the signal and I’m going to succeed in my mission tonight. If I get a good bounty, I’ll quit stealing forever.”

“Tathagata only preaches the middle way,” Buddha said to the man, referring to himself in the third person. “Tathagata would never encourage anyone to do something that harms the wellbeing of another person.”
“I just know that your final remarks in the sermon were meant for me,” the man said and took Buddha’s leave with great deference.

Before Buddha could say anything, the man took to his heels.

“What a weird man!” Shariputra whispered to Ananda who just chuckled in return.
“Do not judge,” Buddha gently reprimanded them both.

Soon, word spread that the awakened sage was taking a stroll with his disciples outside the vihara and the crowd began gathering again. Buddha decided it was better to go back. Just then an old man, well-dressed and adorned in finery befitting of someone affluent, stopped Buddha in his tracks.

“O Bhante! Ever merciful Buddha!” he said with his hands folded and eyes welling up. “All my life I ran after material things, chasing this goal and that. More fame, more gold, luxurious mansions, debauchery, deceit, and immoral thoughts – that’s the summary of my life. For whom, for what, I wonder… Your discourse today opened my eyes. Particularly, when you made the closing statement, ‘Wake up! Time is running out!’ with such conviction, I knew instantly it was for me. I have decided to withdraw from material endeavors and work diligently towards nirvana. How will I ever repay you?”

Buddha blessed the man and returned to his abode where trees, birds, deer, and quiet privacy awaited him.

Ananda washed his feet and Shariputra offered him coconut water. Anuruddha and Subhuti began fanning him while Nanda and Upali filled water buckets to sprinkle on the thatched walls of his resting cottage to make it cool.

“Pay attention, my spiritual sons,” Buddha called them closer, “Tathagata made the same statement to the entire congregation but it meant different things to different people. Each one interpreted it according to their understanding, convenience, and circumstances. Hence, I say, your liberation depends on you alone.” (Read here another Buddha story on liberation.)

Have you noticed that we are in conflict when the other person doesn’t approve of our actions or we, theirs? Their actions don’t feel right or, more importantly, their perspective is not the same as ours. They may have grown up in the same culture, they may even have studied at the same school as yours, heck, they may even have grown up in the same household as you did, and yet that does not mean they see the world through the same set of eyes.

In the above story, he placed great emphasis on “right view”, meaning, a view that is non-violent (in thoughts, speech, and actions), that, I am responsible for what I feel and above all, whatever I experience is the result of either my actions or my conditioning (read perspective of life). Indeed, the eightfold noble path begins with a right view because, according to him, and I concur, all else falls apart in the absence of a wholesome understanding.

If two people can see the world the same way, they will have no conflict with each other. And usually, that’s the whole struggle: helping the other person see your perspective or you seeing theirs.

I have realized that this salary is not always monetary, often these are nothing more than our tightly held beliefs in the form of skewed morality and social conditioning we face all the time at a personal, interpersonal, and professional level.

Achieving the desired outcome in any situation almost entirely depends on whether you can get the other person to buy your story. Peace between two people or entities can only exist if they can see each other’s perspective. Think about it. This is the root cause of all conflict, the basis of our struggles across the board: the other person or party doesn’t understand why we do what we do or they can’t seem to accept it. And vice versa too; we can’t accept or understand their ways.

It takes patience, empathy, and wisdom (at times guidance too) to shift the paradigm, to drop the colored lens, and to have the courage to see the world as-is. In fact, the non-examination of thoughts is one of the six principles of good meditation. You can’t see what lies at the surface of a pond unless you stop stirring the water. To quieten the mind when it’s raging with judgments and analysis, so you can see things as they are, is what meditation is about, it is what I mean by “right view”. (Here is another Buddha story for you on mindfulness.)

“How come you are always happy?” Mulla Nasrudin’s friend asked him one day.

“It’s very simple, my friend,” Mulla said. “I have a beautiful and intelligent wife. No matter how stressful my day, I go home and spend a quiet, intimate evening with her and all my stress is gone.”
“Really?”
“It works, trust me!”

His friend thanked him for the wise counsel. Some two weeks later, while Mulla was eating his dinner, he heard a knock at the door. It was his friend, looking rather down.

“You, here? Now? All okay?” Mulla exclaimed.
“I’m very stressed, Mulla,” he said, “and I’m ready to spend a quiet evening with your wife.”

Now then, you know what I don’t mean by seeing the world from another person’s perspective. It is not that we must do what they do in their world. Often, it simply means that we bring a whole range of possibilities to our world, so that we don’t become stagnant and regressive. After all, progress at any level is nothing more than the acceptance of a new way of life, a new dimension, another perspective. Challenge yourself.

The journey to a new life begins with a new way of thinking. Wake up! Time is running out…

How To Increase Brain Power?
The Balloon Principle