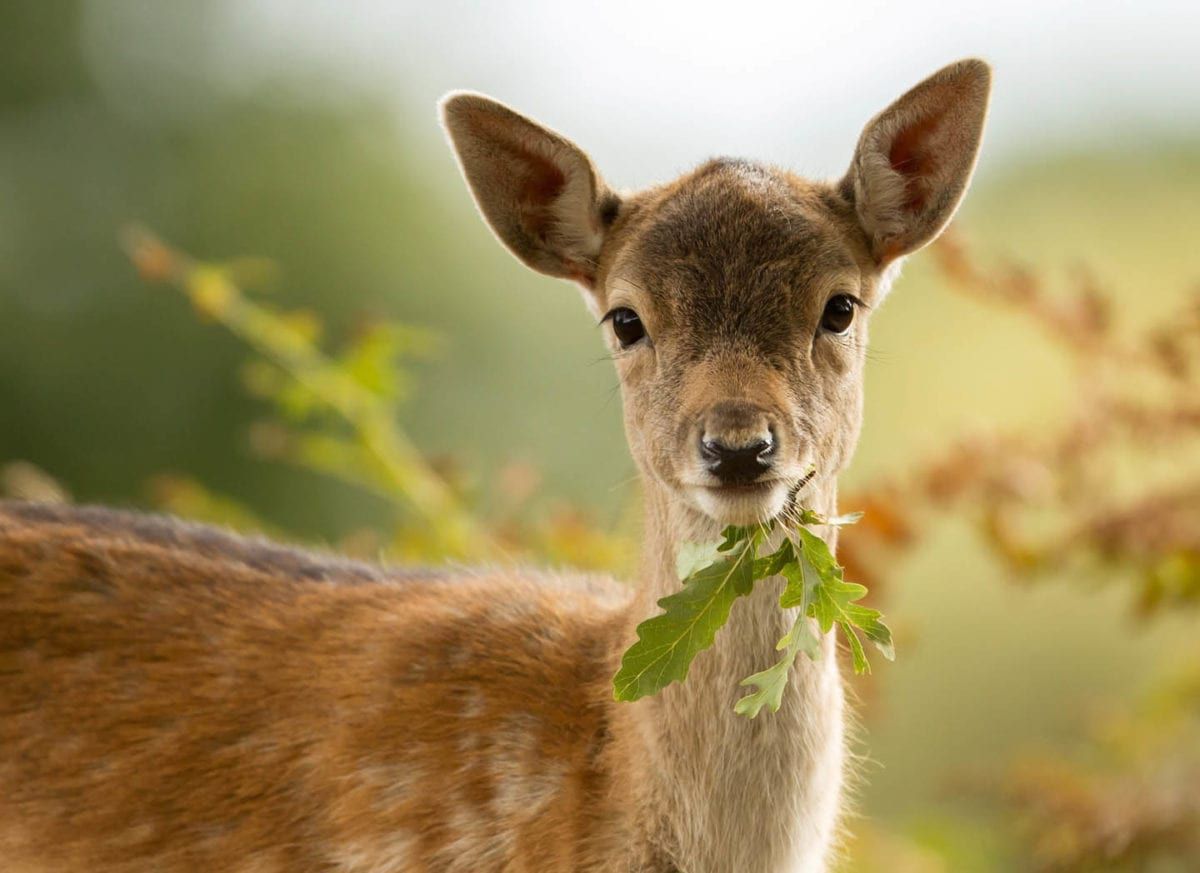 The stillness in a doe's compassionate eyes easily surpasses any yogin's perfected gaze.

It was sometime in April last year, perhaps the beginning of April. I was in the Himalayan woods.

The surrounding peaks were snow-laden still. The temperature was mostly sub-zero, where I was, for the most part of the day, but the snow had melted away except in the shady areas where it had hardened and it felt like neither snow nor ice, somewhere in between.

Most wild animals descend to non-snowy areas during the winter in the Himalayan woods. At this time of the year, mine was the highest snow-free point. As a result, the number of wild animals, especially bears, boars, deer, and baboons had gone up significantly.

Occasionally, when I stepped out in the afternoons, it was not uncommon to see deer and stags playing at a distance. They would disappear galloping at the slightest human sighting; it just goes to show how much they dread, hopefully not loathe, our race.

My hut was next to a large plain surface, almost like a nine-hole golf course, dotted by tall trees and surrounded by a dense forest. At the beginning of April, you can see hundreds of baboons busy plucking newly bloomed flowers that lie low on the ground and eating them in swift movements. Such tiny flowers are of red, blue, pink, and yellow colors. The baboons, however, seem to have a particular preference for the yellow ones.

If I waved at them, even from a distance of three hundred meters, they would frantically flee to the nearby trees. If you went any further, they, the flawless acrobats, would start moving to the deeper forests. They seemed to have no such regard for other creatures though. No nests were to be found anywhere because the baboons would notoriously annihilate them. They were always so restless, like the conditioned mind hopping from one thought to another without ever falling or failing.

One day, I walked to another area of the woods. A couple of hundred meters away from my hut was another deserted hut. Tall wild grass had grown all around it. Its broken and ragged thatched roof was resting at a sixty-degree angle. Over the years, the villagers had stripped its door and other wooden artifacts, leaving only the unusable stuff behind.

During the snowy days, bear tracks were a common scene around that hut as were the marks of hooves. The boars would stick their horns in the snow and move at a rapid pace drawing lines all over the ground. The deer seemed to trot around all night in a zigzag fashion. As I approached the hut, I was looking down while walking and murmuring a Vedic chant in the bhava of my deity.

A doe in the Himalayan woods.

As soon as I raised my eyes, standing in front of me, at a distance of fewer than five meters, was a beautiful doe. While growing up, I had seen deer in zoos but seeing one in the wild, out in the open, so close, had something divine about it. My lips slightly parted in awe and my voice halted as I froze in my tracks. I was the one in intense meditation but here I stood spellbound in front of a beautiful, innocent hind as if she easily proved her superior yogic prowess with her stillness and purity.

Eyes never lie. She was gazing at me out of her huge, soft, and compassionate eyes. None of us moved. I stood there appreciating her. She looked visibly pregnant. I was expecting her to disappear into the woods in a jiffy, but she stood there unblinking. Her short white tail beautifully arched and erect, alert ears, her long face marked with a beautiful nose and those amazing eyes, made her look like some heavenly creature.

A good few seconds passed, I don’t know how many, and she turned her face a little more inward, towards her belly. She was now looking at her stomach as well as the hut, but all along she did not take her eyes off me. She stayed in that posture for a little longer. I felt as if she was talking to me, conveying a message with her gaze.

She was saying, “With such great effort I had identified this place to deliver the baby fawn. We are not safe in the woods. The baboons, bears, and boars are a danger to my baby. But, you have come here as well. Tell me, where am I supposed to go now? What am I supposed to do?”

I felt sad for her and felt bad that I had raided her space. In my mind, I told her that I would not come to this place again and that she was safe. But, I don’t know if she heard or understood my thoughts or intentions. I never went there again to check. This tryst must have gone on for a few minutes, and ultimately, she quietly went into the woods, with slow, steady, and graceful movements. Her slender legs, moving in perfect synchronization, made her gait breathtaking.

I came back to my hut and I thought, truly what have we done to our planet! If we pay attention, over the past ten thousand years or more, we have left no stone unturned to challenge, change, and destroy this planet. If man could match Nature’s scale, Earth would be long gone. And if Mother Nature were to be as intolerant as humans, our race would long be extinct.

If you are careful what you take from nature, taking only what and how much is needed, you will always be provided for. However, given the present rate and pace of destruction, can we reasonably hope to have an eternally sustainable planet?

One world is enough for all of us, as they say. A pure inner world will result in a better outer world. Compassion inside translates to harmony outside, tolerance within transforms into peace without, purity at heart creates serenity at sight. Humans are not worthy enough to inherit anything from nature, we merely borrow from it.

I just wanted to share my Himalayan experience with you. You derive your own message from this.

If you want to read more, here is another post about my time in the Himalayan woods.

What is Tolerance?
The Practice of Tolerance