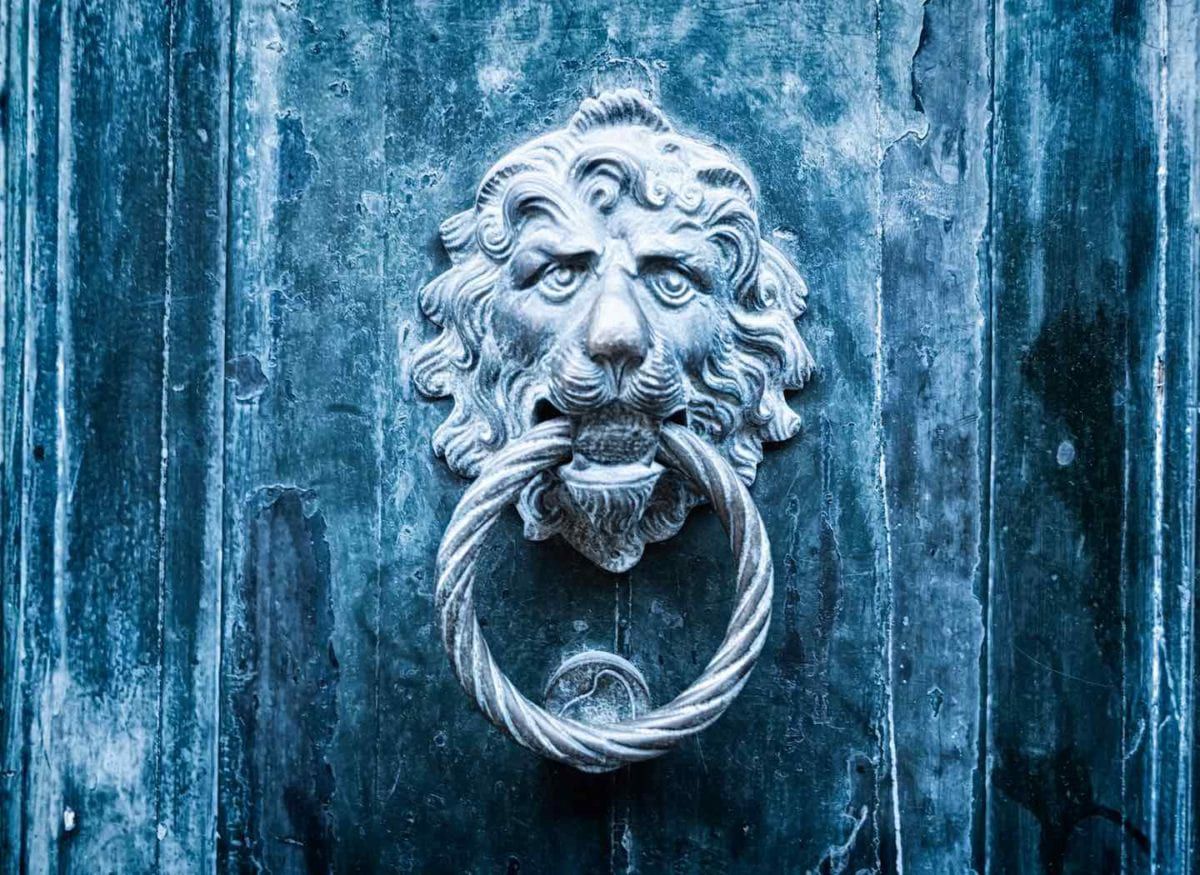 What is it that takes you to the heights of greatness? Here's something to think about.

“Opportunity has never knocked on my door, Swami,” an entrepreneur said to me the other day.
“I read somewhere,” I replied, “that if opportunity doesn’t knock, create a door.”
“Well, that hasn’t worked in my case. Indeed, anything guised as opportunity has only blown away my door and knocked me down.”

I meet brilliant people all the time who could do a lot more in their life. But, they are stuck, they feel. Life hasn’t been fair to them or they are waiting for the right opportunity, they tell me.

Such conversations at times remind me of Prof. Sharma (my English teacher), who would always say that good people don’t sit and wait for opportunities, they create them. “No matter at what stage of life you are at, if you are up for it, you can do it,” he would contend and tell me this story.

A man built a fortune manufacturing and selling combs. When he had been growing up, combs were made of wood and ivory and couldn’t be mass produced. He figured that not only could plastic combs be made at a fraction of the cost, but they would also last longer. As he grew old, he decided to hand the reins of his business to his most capable child. So, he called them — two sons and a daughter — and assigned a task.

“There’s a Buddhist monastery in Bodh Gaya,” he said. “It has hundreds of monks. Get me a wholesale order from that monastery.”
“But, Dad!” the elder son retorted, “monks are bald. What use do they have for a comb?”
“That’s for you to find out,” the father said, giving them a fortnight. “Whoever gets me the biggest order will head my company.”

Two weeks later, they got together to report on their progress.

“I told you,” the eldest son said, “it would be a waste of time. They mocked me for asking them to buy combs. I gifted one to the head monk and he used it to scratch his back. What an embarrassment!”
“It wasn’t so bad,” the other son spoke. “I managed to sell two hundred combs. I suggested they could keep one in each room of the monastery for their visitors. Many travel from far and wide and may have tangled or ruffled hair from long journeys.”
“I sold 2000 combs, father,” the daughter said. “And now hearing that the head monk used one to scratch his back, I’m thinking there may be an opportunity for a new product.”
“2000! How?” they asked in unison.
“More than 50,000 pilgrims visit that monastery every year!”
“So?”
“I told them to emboss Buddha’s image in the middle of the comb and print the four noble truths on one side and the eight moral precepts on the other. And, they could offer it to each one of their visitors who would be reminded of it on a daily basis.”
“That’s incredible!” her father said.
“Plus, I found a rich merchant to sponsor 50,000 combs annually with his logo on them. So, people will associate goodness and morality with his company.”
“And the abbot approved of this?”
“In fact,” she replied excitedly, “he said the merchant would spiritually merit from this kind act.”

If you say, I can’t do it, you are right already. But, if you ask, how can I do it, at least your mind will shift from denial to a thinking mode. And, all is possible when the human mind begins to pursue a line of thought. Our material and spiritual progress, discoveries in science and deep philosophical truths vouch for that beyond any doubt. In some way, people who succeed at anything in life are not usually sane. I say this appreciatively. There are four insanities they live and breathe. I call it the EPIC model.

The word enthusiasm comes from the Greek word enthousiasmos, meaning inspiration or possession by a god. For the first many centuries, it was used exclusively to refer to one’s religious fervor or a state as if one was possessed by the Holy Spirit. Even though we use enthusiasm today to denote passion or eagerness in anything, I’m alluding to a broader meaning and that is love. When you are enthusiastic about something, you are not just keen and eager, you are in love with it too. You find yourself thinking, talking, dreaming, contemplating about it all the time.

The next time you watch any successful person talk about their cause, product or offering, if you observe carefully, you will discover their eyes light up, their smile widens, their body language changes and their whole persona gets flushed with positivity and inspiration. Consider yourself very lucky if you are insanely enthusiastic about something in life; half the job is done. You simply have to focus on the next important attribute then.

They just don’t quit. Yes, like everyone else, they too get frustrated and consider throwing the baby out with the bathwater, but they don’t act on such misgivings. I am yet to meet anyone who made it by quitting. Besides, persistence is not just not giving up no matter what. There other more appropriate terms for such blinding behavior like stubbornness or obstinacy. Persistence is to continue working on something with an open mind while you make improvements to progressively build your chances of success. Successful people are not afraid of changing their opinion about something. There’s no wisdom in sticking to something just because you said so even though you now know better. In other words, they continue to learn and improve.

While you are only as good as your team, I have observed on countless occasions that those who become champions in any field be it corporate leadership, sports, arts etc. are fiercely independent thinkers. They have mastered the delicate art of balancing others’ inputs and opinions with their own goals and views. They don’t go out seeking approval on every little matter nor do they need spoon feeding. Successful leaders are not afraid of stepping out of their comfort zone and pursue their calling with all their might. They are not afraid of being wrong and admitting it. Paradoxically, independent people make great team players and they certainly make inspirational leaders.

Above all, they are very clear about what they want. Because they are not afraid of change (or changing their opinions), they remain insanely clear in their head. A confused person walks the longest path to success (material or spiritual). When you are clear, you may still fail and yet your other qualities help you make better decisions the next time vastly improving your odds of success. In fact, I say that clarity of thought is the foremost quality of successful and happy people. It’s the stuff geniuses are made of.

And this is how epic people create epic opportunities in life. Those who are afraid of taking risks and play life all too safe, lacking any freshness or originality and therefore remaining trite, add S and T to my epic model making it counterproductive. How? Well, epic becomes septic then.

A shepherd approached Mulla Nasrudin with an unusual problem saying that one of his sheep got its head stuck in a pot’s narrow passage. He had tried everything to get the head out, but the animal was already scared, bleating its lungs out.

“Hmm…” Mulla said stroking his beard, “there’s only one solution to this problem.”
“And that is?” the shepherd asked anxiously.
“Cut off your sheep’s head.”
“There must be some other way, Mulla! I need that sheep for my livelihood.”
“Sorry but, there isn’t. If you chop off its head, it’ll fall in the container and then you can take it out.”
Reluctantly the man agreed to kill the animal and exactly as Mulla had said, its head fell in the container.
“But, Mulla,” the shepherd said, “I still can’t get its head out.”
“I see,” Mulla said calmly. “What kind of container is it?”
“Earthen.”
“Tell you what, just break the pot and take out its head.”

Sometimes, when your head is stuck in a problem, breaking the pot makes more sense than other violent options. And, if anyone offers you a solution without first fully understanding (and appreciating) your problem, almost always it’ll be the wrong advice. Be not afraid of making mistakes because the right wisdom often comes from the lessons we learn from our wrong decisions. If you want to wake up to the glory of a beautiful dawn, you have to live through the darkness of night. Accept and cherish your insanity, because sometimes, it is the only emotion that keeps us sane and gives us the courage to pull through.

Be brave. Be epic.