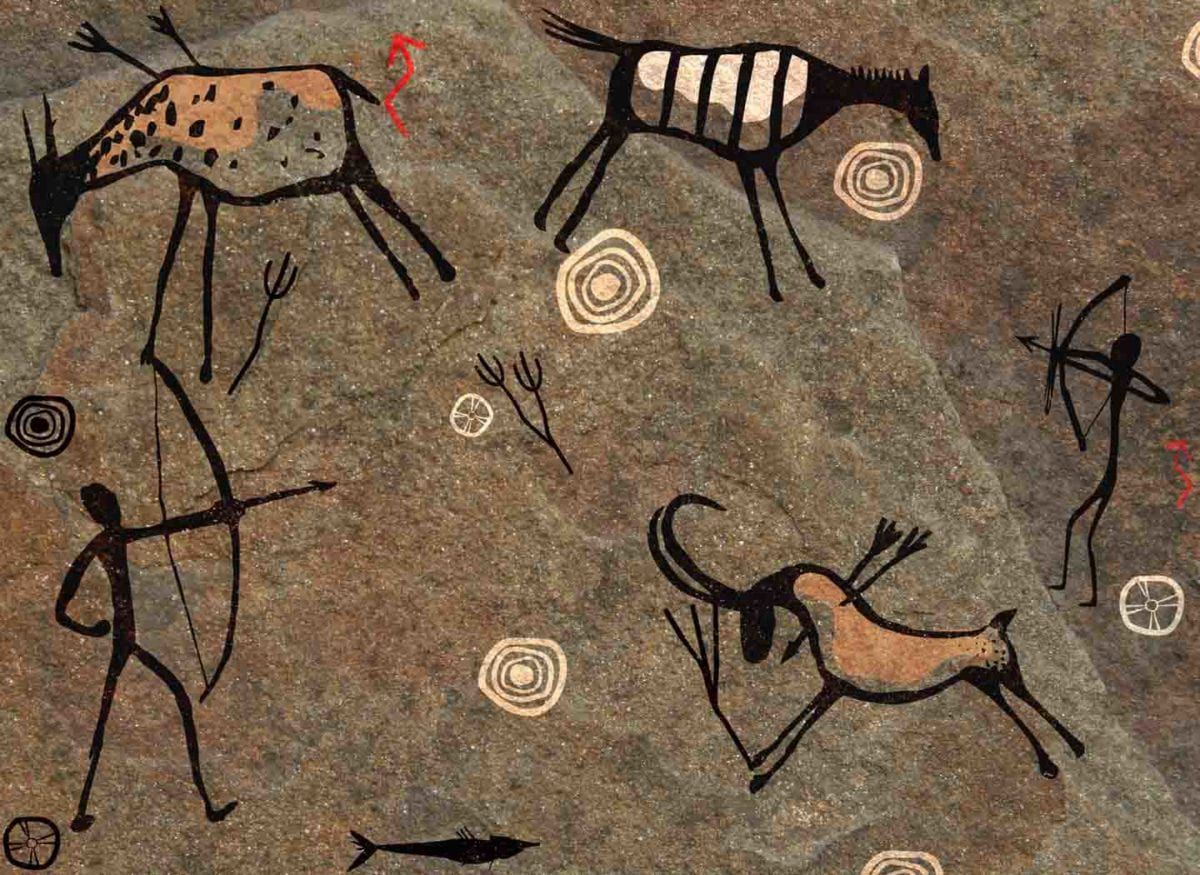 Arjuna, the great archer, and warrior, from the time of Krishna, was one of the five brothers. His immediate younger brother, Bhima was a ravenous eater, almost a fress, a gobbler in a nice way. It was a new moon night once, dead dark, and Bhima felt really hungry in the middle of the night. He sneaked into the kitchen, managed to find food and condiments, and started eating right there; a normal act for him for he had been doing this ever since he was a kid. On this particular night, Arjuna was awake and he followed Bhima to the kitchen. When he saw his brother eating in such pitch dark with perfect ease, it startled him.

He had an insight. “If Bhima can find his way to the kitchen, pick up food, and eat in this dark as if in broad daylight,” he thought, “why can’t I do the same with archery?”

Arjuna started practicing at night with great focus and perseverance. Later, it was this skill, of being able to shoot in the dark, that saw him win an important battle against a formidable opponent called Jayratha.

If you can hold your concentration for as long as you want, you are on the verge of discovering meditation in its truest sense. Concentration can be contemplative, as in playing chess for instance, or passive, as in watching TV etc, or, it can be absorptive, as in reading a book for example.

Allow me to narrate a famous story of Arjuna again from the great epic Mahabharata.

Arjuna, his brothers, his cousins — all from the royal family, and many others were taught by the incomparable archer-guru Dronacarya. Guru Drona spent years training them. One day he decided to test them. He hung a bird, carved out of wood, on a high branch of a distant tree. He called all his students. They were asked to stand in a line. The task was to hit the bird’s eye.

He called the first student near him. The trainee got in position and was ready to hit before he was interrupted by Guru Drona who asked him, “What do you see?”
“I see trees,” replied the student.

Drona asked him to step aside rather than shoot.

He repeated the exercise with each one of his disciples. They all gave different answers. Some said they saw leaves, others, birds, many, trees and so forth. Each time, the master asked them to step aside.

When it was Arjuna’s turn and he was put the same question, he said, “I see only the bird’s eye.”

Drona asked him to shoot and Arjuna hit right on the mark.

A simple story; all good things lie in simplicity anyway. Concentration is also an act of simplification; the complicated mesh of intertwined thoughts is decimated through the act of concentration.

If you want to experience that inner bliss through the path of meditation, no matter how much you may dislike having to sit and work towards building one-pointed concentration, the fact is you will have to do it. Perhaps, now you can also understand the importance of the practice of resolve. It takes great determination, practice, and patience to really perfect your concentration. Once done, not only are you going to have lucid sessions of meditation, you can also achieve just about anything you can ever wish for; predominantly, because your thoughts become powerful and your consciousness, channelized.

Think of a waterfall; drops of water are channelized. Such channelization is enough to form rocks from tiny silica matter and even cut through boulders. The very same water drops when scattered in the form of rain are unable to accomplish the same outcome.

Conversations stop you from concentrating. I will cover the actual practice of concentration in the next post in the series.