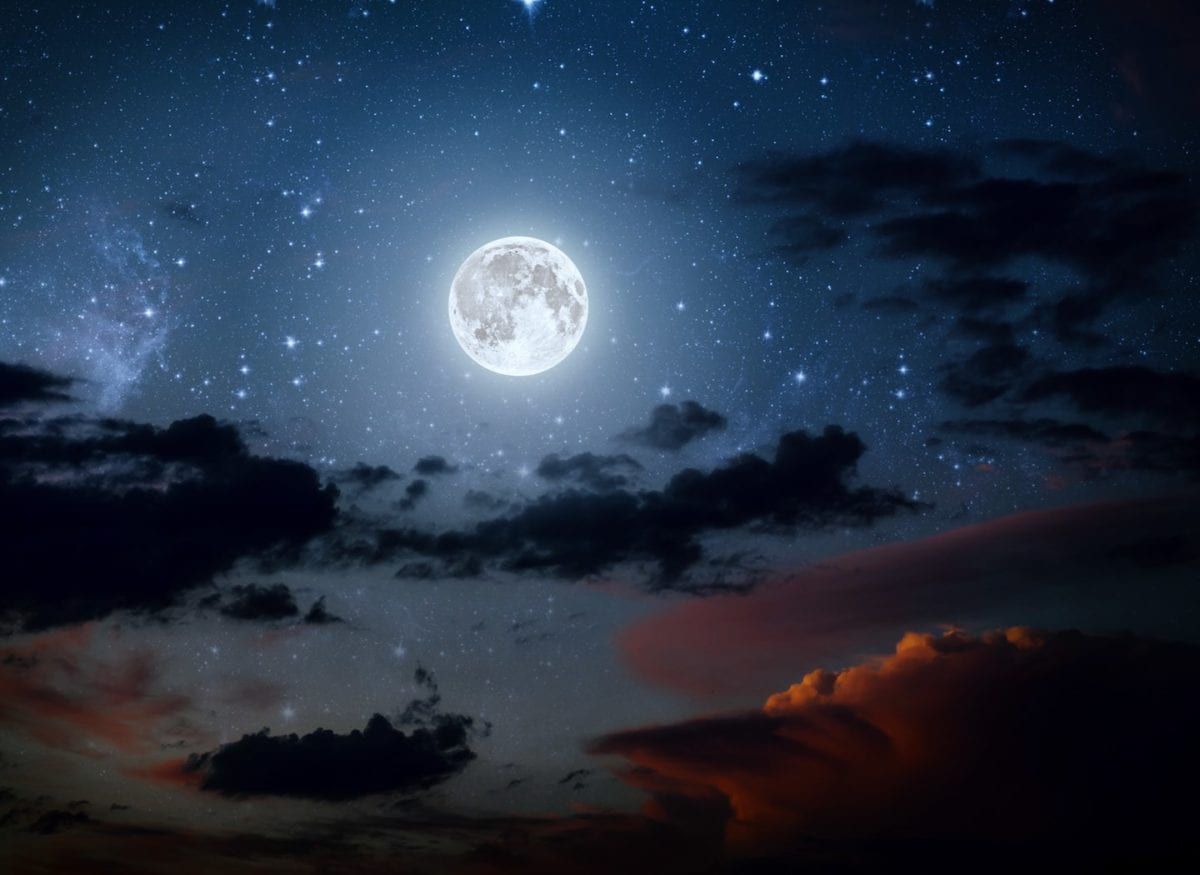 Nothing perceivable is permanent. The clouds, moon, stars, our planet, everything is constantly changing.

Sometimes, I wonder why are we so averse to adversities? Anything that doesn’t fall in line with our expectations from life, we label it suffering. Whether that be a difficult person, situation or problem, whatever rattles us becomes undesirable to us. Very quickly. We want it discarded. I don’t think the issue is with expectations per se, for our desires are at the root of our progress – material or spiritual. The real problem is with the unrealistic nature of our expectations; the greatest being our desire that anything good in our life should stay as it is.

Padmasambhava, commonly known as Guru Rinpoche, was a young 8th-century Indian mystic who spent most of his adulthood in Tibet. His charm and enigma was such that he was revered and loved by everyone who ever met him even briefly, except some people among the royalty and commoners who envied him. People lavishly showered affection, praise and gifts on Rinpoche. The king offered him a permanent place in his own palace and treated him like a son. He just seemed destined for the affluence and power he enjoyed. He was a bold speaker who spoke his truth unafraid. They even predicted that Rinpoche would be the Sovereign of Tibet one day.

Legend has it that once while dancing in ecstasy, holding the king’s ritual implements of a bell and trident, he hurled them in air from his rooftop. They fell to the street below, the trident landing on the head of a passersby and killing him on the spot. Those who were jealous of him seized the opportunity and a propaganda was launched. It worked and soon the public was outraged. His youth was termed inexperience, his truth arrogance. The locals pushed for the sentence that Rinpoche be banished from the community.

He spent the rest of his life in wilderness. That one incident, however, was enough to awaken Rinpoche, to bring him face-to-face with the reality of this world – impermanence.

That’s all you need sometimes, just one incident to awaken you. Just one wake up call to help you see what this samsara truly is – irrational and impermanent. Such a life transforming incident then changes your perspective forever. Your old tendencies still come and haunt you, but the awakened you handles life differently.

This world can offer you anything you fancy except permanence. Those who love you today will grow out one day. No matter how stable and permanent anything may appear, it is going to wither away. Nothing here is designed to last. Forests burn, mountains move, rivers dry, oceans retreat, glaciers melt, people die. However gigantic or miniscule, like heat in fire, oil in olives, the inherent nature of all things perceivable is impermanent.

If we could be mindful about the transient nature of this world, adversities won’t hurt as much. When you take it as a given that those in your favor today may be against you tomorrow or vice-versa, their behavior won’t surprise you anymore. When you are very happy, just remind yourself that it’s not going to last. And when you are very sad, ask yourself why. Not why this is happening to me but why am I sad? What’s bothering me? Why am I reacting like this? Does this befit me? Is it wise? And so on. A cool breeze of mindfulness will soothe your parched existence almost immediately.

Both happiness and sadness like pleasure and pain are fleeting feelings. It’s just that we so despise sadness and pain that the moment there’s even a slightest trace of it in our lives, we are taken aback. One fruit fly landing in your salad is enough to ruin the whole experience of a great meal.

Suffering or sadness is not wrong or right. It just is. If you want to have any chance at going with the flow of life (and enjoying the process), it’s imperative to remind yourself that nothing is permanent, suffering is okay. I’m not talking about mass suffering such as children dying of hunger. That can never be okay. The strong should protect the weak. It’s individual suffering I’m referring to. The type that makes us feel that life is worthless. At the root of such suffering is the clinging to our expectations from life, as if we really know  how life ought to be. We forget that everyone and everything will one day be separated from us. No one here truly belongs to us permanently. Each one of us is battling with his or her own issues. It sounds grim but truth is generally like that.

In his beautiful poem, The Patriot, Robert Browning captures the essence of this transient world. The same person who was given a royal welcome a year ago is now abandoned by his people. He is misunderstood and being sentenced for something he didn’t do. But, he takes heart believing that at least God knows and that even if he is executed now, it won’t matter because he will rest in heaven.

It was roses, roses, all the way,
With myrtle mixed in my path like mad:
The house-roofs seemed to heave and sway,
The church-spires flamed, such flags they had,
A year ago on this very day.

The air broke into a mist with bells,
The old walls rocked with the crowd and cries.
Had I said, “Good folk, mere noise repels –
But give me your sun from yonder skies!”
They had answered, “And afterward, what else?”

Alack, it was I who leaped at the sun
To give it my loving friends to keep!
Nought man could do, have I left undone:
And you see my harvest, what I reap
This very day, now a year is run.

There’s nobody on the house-tops now—
Just a palsied few at the windows set;
For the best of the sight is, all allow,
At the Shambles’ Gate – or, better yet,
By the very scaffold’s foot, I trow.

I go in the rain, and, more than needs,
A rope cuts both my wrists behind;
And I think, by the feel, my forehead bleeds,
For they fling, whoever has a mind,
Stones at me for my year’s misdeeds.

Thus I entered, and thus I go!
In triumphs, people have dropped down dead.
Paid by the world, what dost thou owe
“Me?”—God might question; now instead,
‘Tis God shall repay: I am safer so.

That is not to say that people don’t love each other or that this is a false world, it’s just that it’s all temporary and transient. There are absolutely no guarantees. Reminding yourself of it will help you walk the path of dharma. It will give you the strength to make right choices and speak right words. And the more righteous your life, your conduct, the greater peace you experience at heart. It’s that simple, really.

Mulla Nasrudin was visiting a town for two weeks. Having some free time at his hands, he went for a day’s indulgence at a Turkish hamam. Seeing him dressed so plain, the workers quickly concluded that this customer could do with lack of service. They gave him a small bar of soap, an old towel and paid not much attention. Mulla was pretty much on his own. The most inexperienced masseur gave him a lousy massage and scrub. Instead of complaining, Mulla gave a generous tip of fifty dinars on his way out and thanked them profusely. The staff were shocked at this hefty gratuity.

A week later, Mulla visited the hamam again. The staff now knew what a rich and generous man he was. They gave him the most exclusive treatment in the form of royal greetings, fluffy towels, a gentle and invigorating scrub and a long massage. Copious amount of pleasantly hot water was poured on Mulla. Arabian tea with dates was served. Who knew what all he might tip when happy, they thought. At the end though, Mulla frowned at them and handed a tip of a just one dinar.

“Excuse me, sir,” the worker couldn’t resist asking. “Last time, we barely served you and yet you tipped us 50 dinars. This time, we gave you the finest we could and you only give us 1 dinar. We are at our wit’s end.”

“Oh, that,” Mulla said casually while walking out, “the last tip was for this week’s service. And today’s tip is for last week’s visit.”

So, it is with our world too. How you are served and loved depends a great deal on how you are perceived and what all you can do for others. Love demands sacrifice. It’s not good or bad. It’s simply the way our mind works. And, it’s not just them. We too love and serve others based on our own criteria. Ultimately, everything is cyclical, conditional and transient.

Your happiness as is your awakening is completely in your hands. The more mindful you are with your words, actions and intentions, the less aggression you harbor towards others and yourself. The gentler you are with yourself, the happier you will be. More happiness equals goodness. Our world could do with some more.

Be kind. At all times. And, you are awakened. Samsara, even if transient and illusory, couldn’t be more beautiful then.

Why Me?
Purpose of Life