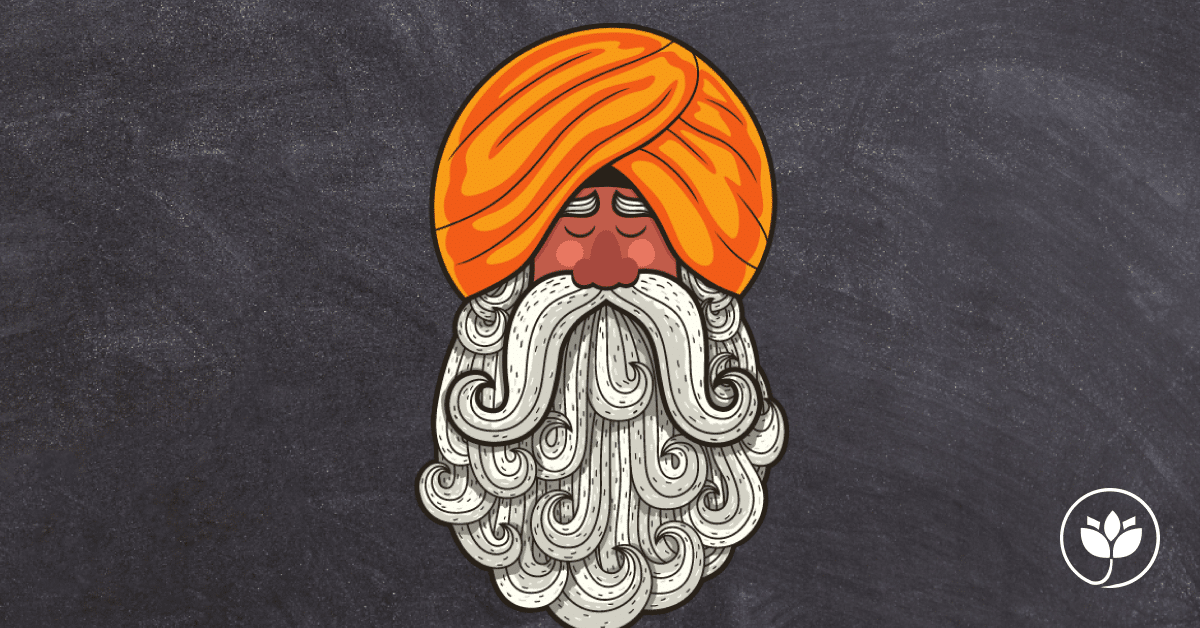 Sanskrit Mantras and Chanting: An Overview

Mantras have the potential to help you progress financially, academically, and spiritually.

What is a mantra?

Mantras are the mystical hymns and syllables written in the most ancient language of our world – Sanskrit. In fact, every word in Sanskrit can be sung and assigned to a rhythm.

The origin of all the mantras ever created is said to have emerged from the damaru, Lord Shiva’s instrument.

It is important to note here that if you do not believe in a God that has a form, mantra science will be of little use to you. It would be more beneficial for you to perfect the art of meditation instead.

According to Puranic legends, when Shiva performed his cosmic dance, the Mahatandava (the Great Dissolution), the vigorous play of his damaru created many sounds that lay scattered in the universe for eons. Seventy million different sounds manifested that covered the entire spectrum of all mantras to be ever created.

But that’s not all.

Eleven trillion years after the Mahatandava, Devi, who had been reborn to King Daksha as Sati and married Shiva, asked him, “Why do billions of lifeforms have to go through suffering? What can they do?”

“They must remain connected to the source, the universal energy,” Shiva replied. “For, the source has all the wisdom anyone ever seeks.”

And how does one remain connected?

By picking any sound the damaru created.

But, you see, the Mahatandava was witnessed only by Devi before she merged into Shiva. Nobody else knew of the sounds that were created during the great destruction. So, how would these sounds reach the beings who so needed it?

And so, Shiva chose to perform the Tandava this time, his dance of love. Out of compassion for all living beings across the universes, he raised his damaru and began playing it. As he danced to its heady rhythm, millions of sounds spread in the sky. Every time the string of the damaru swooshed through the air, it created a sound.

Many other sounds of different frequencies were produced when the beads at the end of the string would strike the damaru heads. Shiva’s moving hands and feet, they all created sounds. His swaying matted locks, the sound of the rudraksha beads around his wrists, the slithering cobra around his neck – every movement gave birth to a sound.

And each sound was a mantra representing the feminine, masculine or neutral aspect of creation.

On the path of mantra yoga, Shiva is the only creator of mantras.

The sages of yore, meditating on the formless, were quick to perceive these sounds. Some of these seers, like Parasurama, Gautama and Dattatreya, chose to pass on the mantras to the flourishing yet suffering race we know as humans today.

They put down the sounds into 14 categories that captured 57 letters. These 57 letters formed the basis of Sanskrit.

Given India’s rich cultural and spiritual heritage, many of these mantras have trickled down into all households across the country. They are commonly used in daily prayer, in religious rituals, in chanting, even in hymns.

Here is a list of some of the most common ones:

The above and many more like Om Krishnaya Namah and Om Sri Matre Namah are an inextricable part of daily living in Indian culture. Every mantra, when chanted consciously or unconsciously, keeps us yoked to the Divine source.

The energy of mantras is aimed at calling upon the universal energy, a way of drawing its attention towards us. And mantra yoga is a path to strengthen your bond with this universal energy, so you may realize your own potential.

Mantra sadhana, which is the practice of mantra yoga, helps you connect with the universe at a higher realm of consciousness, beyond the comprehension of the average mind.

The basic principle of mantra sadhana is to practice the utterance of a sound with such intensity, fervor and determination that your whole being starts to reverberate with that sound. You become the sound itself.

When you become one with a mantra, you no longer remain the individual you. In fact, the path of mantra sadhana has the power to make you the master of your destiny.

A mantra is usually passed on traditionally and orally in a guru-disciple relationship.

Let’s start off with the most common mistake people make in chanting mantras.

Chanting without feeling or chanting just for the sake of it does not bring the promised rewards.

The quality of chanting is as important as the quantity of chanting. For this, devotion and faith are the two most important factors. These two are synonymous with spiritual love.

When you chant sincerely and mindfully, there are four stages that you normally go through:

1.   Spoken Chanting: Here, the mantra is verbalized and uttered. When we speak or write the mantra, we are strengthening our connection with the external world. Mantra sadhana is, however, an inward process which brings us gradually to the second stage.

2.   Whispered Chanting: In this, you move your lips, just about. When you whisper the mantra, the mind naturally concentrates a bit more. Be sure to whisper extremely discreetly so that you are the only one able to listen to your mantra.

4.   Unspoken Chanting: In this, the mantra is no longer chanted. It is not a conscious act. It is something that happens to you. This fourth stage is reached naturally when the first three are followed diligently over a long period of time.

The Transformational Power of Mantras:

Mantra science believes that when we use the right words to train our mind, sharpen its focus and channelize the divinity in the universe, we can rise above every negative tendency that holds us back and go past the shackles of the limited conscious mind.

When practiced in the right manner, you can benefit immensely from the power of mantras materially, intellectually and spiritually, they help you progress. How you use mantras to further your cause is, of course, an individual decision.

Because mantra grants the seeker liberation.

This has been Om Swami’s truth. Are you ready to discover your own?

The information provided in this article has been sourced from The Ancient Science of Mantras by Om Swami. You can purchase a copy of the book here.

Perhaps you are new to the path of spirituality or mantra yoga. Perhaps you are looking to deepen your already existing practice. Or perhaps, you are simply curious about the world of mantras and want to learn more.

The questions below have you covered.

1. What are the different elements of mantra chanting?

There are 16 critical factors that will ensure your success on the path of mantra yoga. All 16 requisites, however, depend on the singular most important element — grace. Without divine grace, it is impossible to attain siddhi (success).
The amount of grace you receive on the path of mantra yoga is directly proportional to how sincerely you fulfill the 16 conditions. They are:
1. Bhakti (devotion)
2. Shudhi (purification)
3. Asana (seat)
4. Panchang Sevan (five types of food)
5. Achara (conduct)
6. Dharana (concentration)
7. Divyadesh Sevan (self-identification)
8. Prana Kriya (breath regulation)
9. Mudra (hand locks)
10. Tarpana (libations)
11. Havan (fire offerings)
12. Bali (sacrifice)
13.  Yaag (contemplation and inner worship)
14. Japa (chanting)
15. Dhyana (meditation)
16.  Samadhi (absorption)
It may sound a lot but for the sincere practitioner, who continues to practice step-by-step, it all comes together naturally.
Read more about these 16 elements with the help of short stories in an excerpt from The Ancient Science of Mantras.

2. Is there a real story of a mantra practitioner who experienced transformation?

There was this person in Canada – and I am telling you his real-life story, which I witnessed over a period of time. When I first met him in India, he was a devout worshipper of the Mother Goddess and ardently chanted the Gayatri mantra.

He was the first one whom I saw who actually had Gayatri siddhi. Siddhi is when a mantra becomes your own and you become the mantra; the energy of the mantra works through you, lives in you, benefitting other people. He blessed and helped many people sail through difficult circumstances in life.

When I first met him, this man’s radiance was extraordinary. He had such a beautiful, effulgent face; you could look at him all day, and still feel as if you were receiving the love, warmth, divinity, and grace that flowed from him. Those were the days when I did a lot of astrology – I was 15 years old then.

This sadhaka’s dedication was phenomenal. He had been chanting the Gayatri mantra, 16 rounds, every day. One round of chanting is 108 times. Every day for roughly 40 years, he never missed his chanting routine.

I’ll digress for a moment to tell you a little incident from his life.

3. Which is the one non-negotiable factor in bringing a mantra to life?

Irrespective of what path you are on, your determination to persist and persevere, your resolve to tread the path, your eagerness to adapt, adopt and learn, and your enthusiasm and intensity, determines the outcome.

The Sanskrit term for a vow, for determination, for oath is Sankalpa. When you take a decision, a stand, you have taken a saṅkalpa/sankalpa.

I have devoted twenty years of my life in doing various practices around mantra yoga, the way of the sacred sounds. In the science of mantras, an area of my specialization, puraścaraṇa, the esoteric practice of bringing a mantra to life, is primarily based around the practice of resolve.

When you resolutely stick to Sankalpa: The Practice of Resolve, you will experience an inexplicable inner strength. Such new-found strength will enable you to reach Sahaja, an emergent natural state of bliss ultimately.

4. What are some mantra sadhanas I can do?

I am mighty pleased to share the extremely beautiful and powerful Nav-Durga Sadhana with you. If you feel in your heart any devotion or reverence for Mother Divine or the feminine aspect of creation then you may enjoy and benefit from this sadhana a great deal.

To understand the mechanics and dynamics of this sadhana, please patiently read the notes in Nav Durga Sadhana – Invoking the Divine Mother and Mantras for the Nav-Durga Sadhana in Navaratri.

5. What types of chanting beads can be used in mantra meditation?

There are many types of chanting beads, of which the three most common are tulsi, chandan and rudraksh. The video below elaborates on which type of bead is used for which type of mantra meditation. 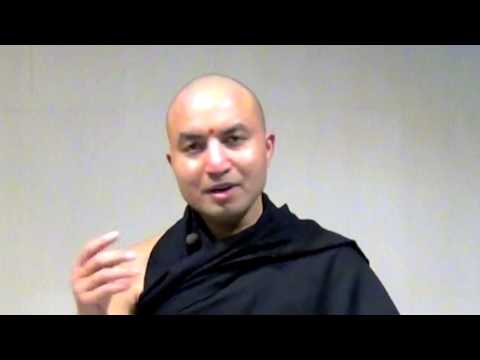