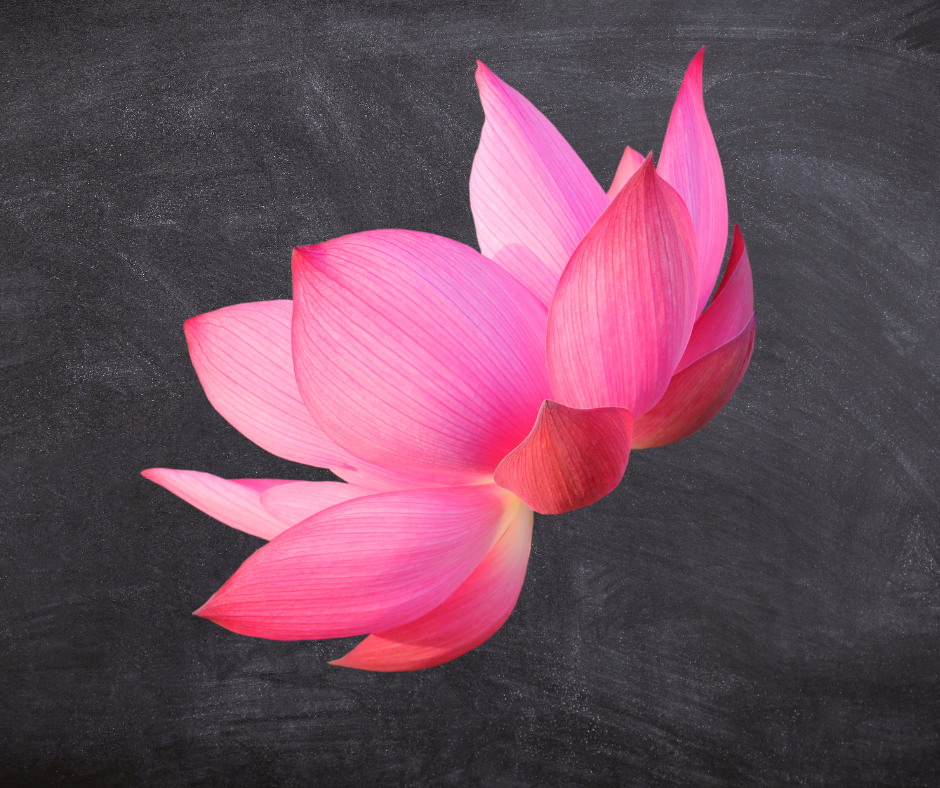 A mantra in Tibetan Buddhism.

Om Mani Padme Hum is the compassion mantra called by Buddhists worldwide and is known as a Buddhist mantra.

As written in Buddhist Granthas, the mantra encapsulates all the kindness, compassion, and blessings of the buddhas and bodhisattvas. This embodies the special blessing of Avalokiteshvara.

Avalokiteshvara is a manifestation of Buddha’s form in Sambogakaya, the body of divine enjoyment.

The mantra Om Mani Padme Hum is of Tibetan origin and has several translations depending on the school of Buddhism. It is a prevalent mantra in Tibet, Mongolia, and the Himalayas. Many schools of Buddhism in this region believe that the deity Avalokiteshvara is responsible for healing, compassion, and protection from danger.

The second part represents Avalokiteshvara themself (depending on the school). In some Tibetan schools, it also means Buddha Shakyamuni, who appeared in human form to help humankind achieve enlightenment and nirvana.

This mantra embodies the Buddha’s compassion for all beings in its purest form. Avalokiteshvara is the most significant Buddha and the karmic deity of Buddhists, just as Padmasambhava is their most revered guru.

Compassionate Buddha became so ingrained in Buddhist thought that any youngster who could speak the word “mother” could also recite the chant OM MANI PADME HUM.

What is the story behind the mantra?

A thousand princes pledged to become Buddhas countless centuries ago. One decided to become the Buddha we know as Gautama Siddhartha, while Avalokiteshvara swore not to become enlightened until every other one of the thousand had also become a Buddha.

He promised to free all sentient beings from the miseries of many realms of samsara out of his boundless compassion.

He prayed: “May I aid all beings, and if ever I tire in this enormous labor, may my body be smashed into a thousand pieces,” in front of the Buddhas of the Ten Direction. According to legend, he began by descending into the regions of hell before gradually going up through the world of greedy ghosts to the realm of the gods.

He was horrified to observe that even though he had rescued many creatures from hell, countless more were flooding in. This caused him to experience the worst anguish, and for a short period, he nearly lost faith in the noble vow he had made, causing his body to shatter into a million pieces.

In desperation, he cried out to the Buddhas, who, according to one story, rushed to rescue him from every corner of the universe like a gentle snowstorm.

The Avalokiteshvara was a powerful being with eleven heads, a thousand arms, and an eye on the palm of each hand, representing the confluence of wisdom and skillful methods that is the hallmark of genuine compassion.

He was even more beautiful and empowered to aid all beings in this form. His mercy grew ever more vital as he repeatedly vowed before the Buddhas: “May I do not achieve final Buddhahood before all sentient beings attain enlightenment.”

Suffering of Samsara and two Taras

According to legend, the Buddha’s blessings caused two tears to fall from his eyes as he grieved the suffering of samsara; these two tears were then turned into the Two Taras.

One is Tara in her green form, representing compassion in action, and the other is Tara in her white form, which means the maternal side of compassion. The meaning of the name Tara is “she who liberates” or “she who crosses the river of samsara.”

According to the Mahayana sutra, Avalokiteshvara presented his mantra to the Buddha, who then charged him with the duty of assisting all sentient creatures in the cosmos in attaining enlightenment. The ground trembled at this action, and all the gods showered them with flowers. The air also reverberated with the sound of OM MANI PADME HUM HRIH.

What do the syllables mean?

Impact of the six syllables

According to the teaching, the mantra OM MANI PADME HUM includes six syllables, each of which has a unique and powerful impact on bringing about change at various levels of our being.

The six syllables purify the six toxic negative emotions that are the outward manifestation of ignorance and drive us to misbehave with our bodies, speech, and minds, bringing about samsara and our suffering inside it.

The mantra transforms pride, envy, want, ignorance, greed, and anger into their true natures, the knowledge of the six Buddha families that manifest in the enlightened mind.

Purification of the six destructive emotions

Therefore, the six destructive emotions responsible for the six realms of samsara are purified when we recite OM MANI PADME HUM. This is how chanting the six syllables end the suffering inherent in each of the six realms and prevents reincarnation.

In addition to perfecting the six types of transcendental action of the heart of the enlightened mind, the paramitas of generosity, reciting OM MANI PADME HUN, simultaneously purifies the aggregates of ego, the Skandhas, and grants strong protection from all types of harmful influences and various illnesses.

Avalokiteshvara’s “seed-syllable,” HRIH, is frequently added to the mantra to form OM MANI PADME HUM HRIH. The trigger that ignites the Buddha’s compassion and changes our negative emotions into their wisdom nature is HRIH, the essence of all the Buddhas’ compassion.

“According to another interpretation of the mantra, the final word, HUM, stands in for the mind of enlightenment. MANI PADME, the first four syllables in the center, signify the speech of civilization.

All beings reach the stage of realization through the combination of the body,speech, and mind. The transformational power of the mantra emerges and grows when it is combined with our faith and efforts during meditation and repetition.

The meaning of the mantra Om Mani Padme Hum

Each word is dissected into different syllables, and every syllable has a meaning. Let’s dive deeper into the importance of each syllable.

Om Mani Padme Hum is a powerful mantra for miracles, which means “Hail to the Jewel in the Lotus”. This mantra is also known as the ‘Six-syllable Mantra’, and is one of the most well-known mantras in Tibetan Buddhism. It can be used for meditation, healing, and spiritual development.

The mantra has six syllables, and each represents a form of perfection (paramita). These are essentially a different version of the qualities of the Five Wisdom Buddhas.

Buddhism doesn’t claim that someone is born without flaws and endowed with only positive traits; instead, it says that all Buddhas are examples of beings who were like us before becoming enlightened in dependence on the road.

As one gradually leaves the impure stages and transforms into the pure body, speech and intellect emerge.

Mani, which means jewel in Sanskrit, stands for the three pillars of the method: love, compassion, and the selfless desire for enlightenment.

The altruistic mind of enlightenment can eliminate poverty, problems, cyclic existence, and solitary tranquility, just as a jewel can eradicate poverty. Similar to how a jewel satisfies the desires of sentient beings, so does the selfless goal to attain enlightenment.

As a lotus emerges from mud yet is untarnished by mud’s flaws, wisdom can put you in a situation where there is no contradiction, whereas there would be a contradiction if you did not know.

Hum is a syllable that symbolizes compassion, love and wisdom. By reciting this mantra, we connect with our inner Buddha nature and develop these qualities within us.

What powers does reciting this mantra have?

This benefit is incredible, particularly if you wish to heal people. Anyone who sees you in a public setting has their bad karma purified, meaning they won’t be born again in the lower realms.

If there are many people below you and you are on top of a hill, when they gaze at you, all their bad karma is purified. As a result, you acquire significance. This occurs as a result of the mantra’s effectiveness as well as your visualization of Chenrezig. Your body is blessed. As a result, they are becoming relics. Anyone who views you in that way will have their lousy karma cleaned.

Benefits of Om Mani Padme Hum in a nutshell:

It looks very simple, very easy to recite. But if you think of the benefits, it’s not at all simple. Here, I’d like to mention just the essence of its infinite benefits.

This mantra is one of the most powerful mantras in the world, like the Gayatri mantra. This mantra is so peaceful and profound that it brings a harmonious life.

It is said to purge the dirt and sludge until we are as brilliant, pure, compassionate, and wise as the lotus flower itself by reciting it repeatedly with the right intention.

The Dalai Lama said in a lecture that while it is advisable to recite this mantra repeatedly, one must also focus on the significance of each syllable.

When chanted with this meaning, the mantra Om Mani Padme Hum is a potent tool to aid your spiritual development. It will help you overcome obstacles and gain wisdom by purifying your body, mind, and speech.

For all these reasons, it is one of the most profound Buddhist mantras you can learn. Use it wisely!