Do you know your ascendant sign and what it means?

Earlier this week, we went live with the astrology tools on os.me. I thought, I should introduce you to the concept of an ascendant sign, which is the bedrock of astrology. It is also called lagna in Sanskrit. You may have heard of terms like sun sign (based on the movement of the sun in the zodiac) and name sign (also known as your moon sign — based on the asterism/constellation/nakshatra you are born in). But, an ascendant sign is a different ballgame, it is based on the date and time you are born in. And, it takes into account the place of birth too (for longitude and latitude).

Just like in Ayurveda, we ascertain the attributes of a person based on their constitution (vata, pitta or kapha), in astrology, we get a broad overview of an individual based on their ascendant sign. Before I share with you how to calculate and interpret your ascendant sign, I want to tell you that these are just fun facts. And, I must reiterate my top five principles:

Now then, let’s get to the subject matter at hand. Here is how to calculate your ascendant sign:

People born in the ascendant sign of Aries are of average height, have shifty eyes, and better intuition than most people born under other signs. An Arian is quick to ascertain what the other person might be thinking (not necessarily what the other person may be feeling). They often have stocky build, brownish hair and a longish face. Arians are usually decisive and independent thinkers. They appreciate beautiful things in life and possess great foresight.

Very strong-headed. They often form their opinions based on their inner voice and stick with them. They can argue forever. Taurians are well built with beautiful skin with full lips. They have large foreheads. They have fewer friends than most people and they make for good and lifelong friends too. Like a bull ruminates for hours, at times, they act in haste (usual a verbal assault) and then regret for hours. Taurians are naturally creative.

Hard-working and ambitious, but only if they like what they do.  Geminis have usually lean frames in males but are well endowed in the case of females. Contentment is hard to come by because there’s almost always a mismatch between their efforts and goals. They can be powerful rebellions as Geminis are brave and unafraid of risks. They have to constantly be doing something.

Cancerians are emotional and kind people. They are unable to look after
themselves once they get emotional about a cause or a person. Success often comes slow to them but that does not deter them from working hard. They enjoy creative pursuits. Usually of tall height, they are well-proportioned but suffer from one physical ailment or another. They like to go broad as opposed to delving deep in any given area. Too many irons in the fire for the most part of their lives.

It’s better to not mess with a Leo when they are angry, and anger is just about their only key weakness. Leos are progressive thinkers and enjoy creative pursuits. They have an attractive built, a prominent jawline, and a roundish body. They are very adaptable and often quite flexible. The main downside is that they become complacent rather fast.

Virgos are usually well-built, of sharp features and beautiful countenance.
They are ever eager to jump into something new as they get bored easily. Virgos are more visual compared to other signs. For example, studying books is not their thing but they can consume visual content for hours at a stretch. They don’t speak their mind easily and often what they say is not what they are saying.

They are naturally intuitive and tend to be perfectionists. They enjoy creative pursuits and hold idealistic views about the things and people they believe in. Of medium build and height, Libras are usually broad-chested, kind and intelligent. They make great visionaries and can really dream big.

They tend to have a glint in their eyes and very attractive features.
Scorpios, among men, have more masculine traits and features than any other sign. They make great conversationalists and can be quite flirtatious. Their straightforwardness carries a great appeal. They like to tease other people, but don’t take it too well if they are the one being teased. Might is right and while in Rome do as Romans do is their mantra.

These folks make great philosophers, believers and dreamers. They trust other people very easily and often suffer on account of it. They have round faces and a charismatic smile. They make great supervisors because what they lack in physical effort, they make up in words. They like simplicity and usually refrain from ostentatiousness and vanity.

They will not tell you what they know if they don’t want to. It’s the hardest to get information out of a Capricorn. They are usually lean and agile. They are good at making money but poor at managing the cash flow. Often, they need repeated assurances and Capricorns speak a lot. They make good actors and change their mind at the drop of a hat.

Aquarians are dependable people and they take their time in opening up and making friends. But, once they are friends with someone, they are so for a very long time. They are usually tall, well-built and have attractive looks. They call a spade a spade and are more subjected to sudden turns in life than most other signs.

These guys make great hosts and successful politicians as they tend to be very hospitable and smooth-talkers. Pisces are friendly people who are devoted to a cause. They are of average height and often have curly hair. Though they are most self-focused (or self-centered in some cases), they are kind to even their enemies. Finance and accounting are not their forte but they excel in creative pursuits.

I hope you enjoyed.

P.S. We have finalized the venues in Delhi (India Habitat Center) and Bangalore (Sathya Sai Samskruta Sadanam), so some more spots are now available in the upcoming astrology camps. Go here for more details or to book your seats. 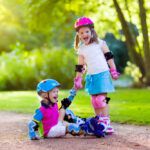 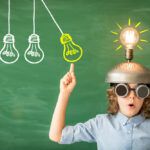 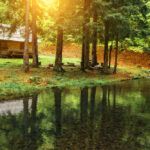