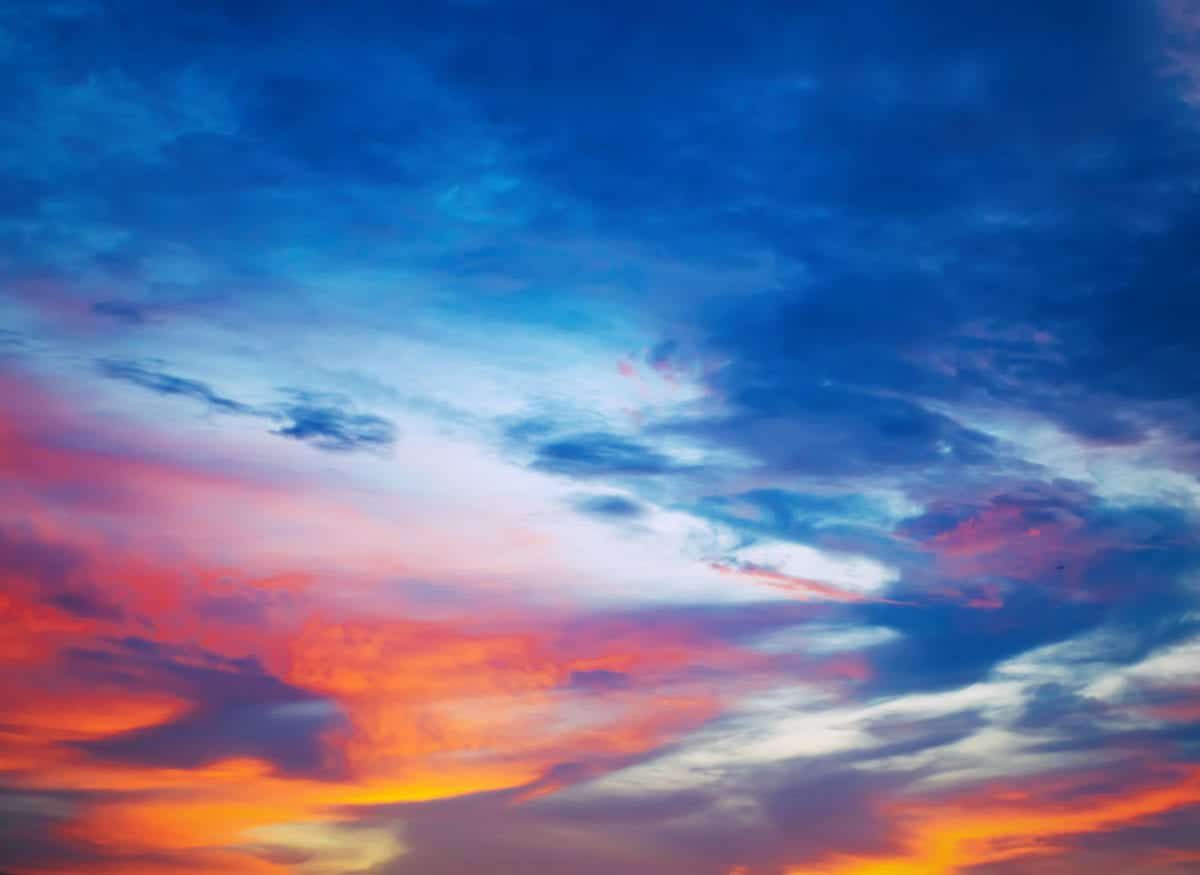 Of What Good is Goodness?

No matter how many clouds of what color, the sky goes back to being blue. Don't let go of your goodness.

A few weeks backs in Canada, a soft-spoken and intelligent young boy came up to me and asked me a question of great relevance to most of us. He was to appear for his piano recital and his mother had told him that he must clap for other students and wish them luck.
“I always do that, Swamiji,” he said to me, “but no one claps for me. Mama says wish them luck, I always do but no one says good luck to me. What’s the point? They don’t care. Why should I applaud?”

He was quite bothered and I could see his eyes slightly welling up.

“In our world,” I said to him, “you’ll always meet people who won’t care. You’ll meet people who won’t reciprocate, people who will not value what you do for them. They won’t form a majority because most of the people out there are good people. Nevertheless, there’ll be some who will be too engrossed in their own world to even notice your kindness, let alone acknowledge, forget appreciation altogether. And, do you know how you should behave with such people?”

I wasn’t telling him to be strong, I just wanted to say that he should be himself. Going with his point on strength, I changed my mind and said, “From where will that strength come?”

He shook his head.

“Your strength will come from your behavior. And, under all circumstances, behave in a manner that befits you. If you stop wishing them luck or clapping for them, you become exactly like them. By not relinquishing your kindness, however, you rise above them. You become unique that way. Stronger. Better.”

His eyes lit up and I advised him that he didn’t have to applaud or do anything just to please others. That, I wasn’t telling him to become a doormat. Good behavior doesn’t mean that you let people take you for granted (some will regardless anyway). It simply means that you know better and your actions show it.

A quote often attributed to Gandhi says, “An eye for an eye will only make the whole world blind.”

It’s not easy to hold your nerve, to stand your ground and stick to your principles when the world challenges you, pokes and provokes you. But, it’s entirely doable. We have this innate desire to exert our superiority. Our ego propels us to show the other person that we know better, that we are better. In doing so though, most people end up doing the exact reverse. Clever arguments or a loud voice is no evidence of spiritual superiority.

Words can never prove that you are spiritually elevated. No matter what you say, saying is not enough. Saying is easy. It is our conduct alone that shows where we stand. It is only when our words germinate from our behavior that they have an impact on the person in front. No doubt, people can respect you in speech if you are someone influential, they will show their respect even if they find you hollow. But, to have them respect you in their hearts, you must demonstrate the kind of behavior that inspires them, melts them. The respect we have for someone in our heart is true respect anyway. Any other type is merely an exhibition.

So what if they don’t give you an ovation? By clapping for them regardless, you exhibit superior behavior. You may even inspire them to adopt your mannerisms. More people will be happier, as a result. The world will be a better place.

Believe me, it’s not hard to act in a kind and divine manner. All you have to do is ask yourself one simple question: what do I stand for? You’ll automatically know what kind of behavior suits you. Often, in the heat of things, you’ll forget to ask yourself this question. You may only realize that you could or should have acted differently later. How to overcome that? Quite simple again. Ask yourself this question everyday — morning and evening — what do I stand for? This way you’ll remember at the right time that you should be how you ought to be.

I once read a joke in Al Tapper’s A Minister, a Priest, and a Rabbi:

A minister, a priest, and a rabbi were playing poker when the police raided the game.
Turning to the minister, the lead police officer said, “Reverend Allsworth, were you gambling?”
Turning his eyes to heaven, the priest whispered, “Lord, forgive me for what I am about to do.” To the police officer, he then said, “No, officer, I was not gambling.”
The officer then asked the priest, “Father Murphy, were you gambling?”
Again, after an appeal to heaven, the priest replied, “No, officer, I was not gambling.”
Turning to the rabbi, the officer again asked, “Rabbi Goldstein, were you gambling?”
Shrugging his shoulders, the rabbi replied, “With whom?”

How can the other person argue with you if you don’t argue back? Who will they play their games with if you don’t become a part of those games yourself? How can anyone spit on the sky?

My view on how to behave when faced with difficult people, situations, circumstances and so on is quite simple. Here: no matter what, never let go of your goodness. You may have to be firm, challenging, even negative at times, that’s fine. Still, it does not mean that we drop our goodness. Why? In the big scheme of things, no one has ever gained respect, earned love or inspired divinity by letting go of goodness.

Goodness, I may add, is not a quality or some inborn trait. It’s not a feeling either. Goodness is a type of behavior. It is a choice. A habit.

How Not to Attract
Freeing Yourself from Anger