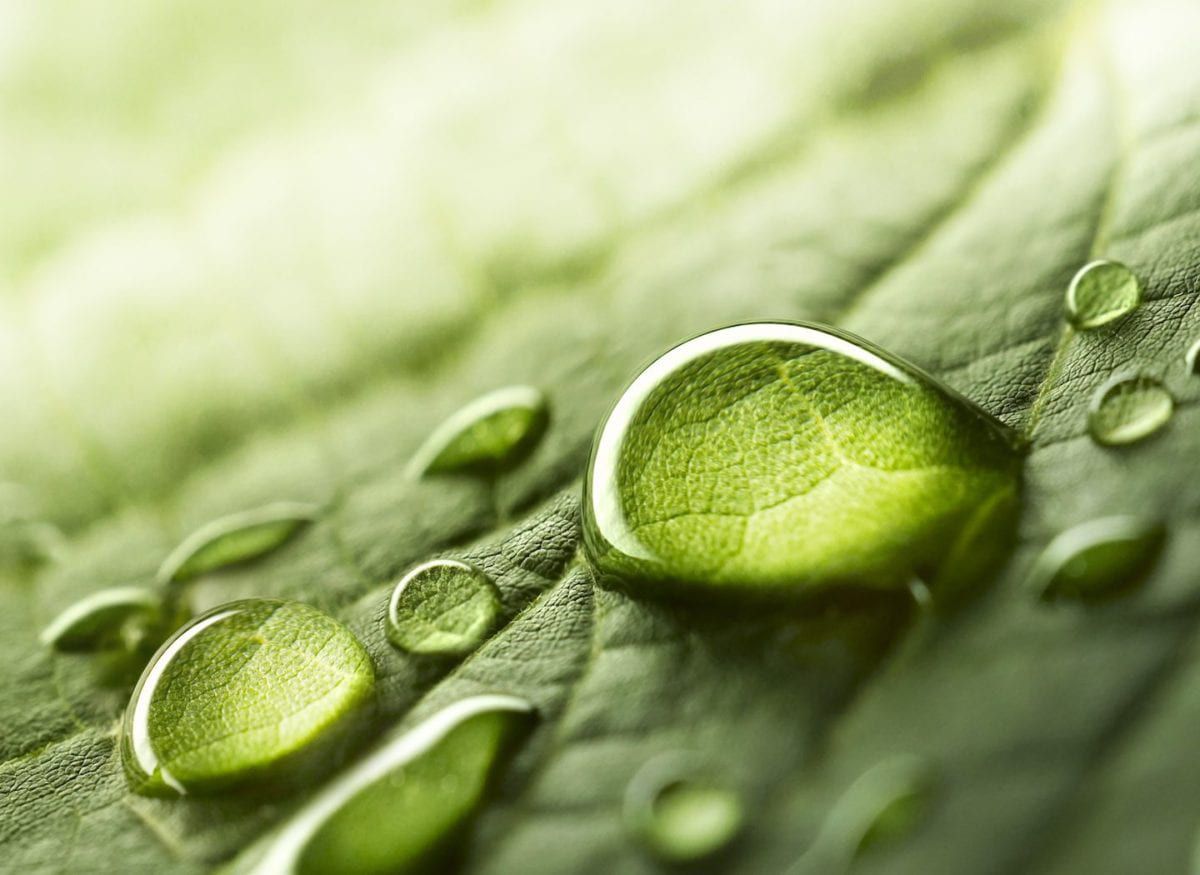 In the absence of humility any spiritual attainment vanishes like dew upon sunrise.

The king of Baluchistan approached Khwaja Naqruddin (also known as Shaal Pir Baba) and requested the saint to accept him as his disciple. The khwaja, however, was a bit skeptical to accept the king.
“If not a pupil,” the king said, “take me as one of your humble servants. I’ve renounced my kingdom and have come to serve you.”

The king’s devotion touched his heart and he agreed to take him under his wings. The khwaja assigned him the job of cleaning his big house by taking out the garbage and disposing it of at a distant location on the outskirts of the city. Many other pupils lived in that house and it was often hard to remove the garbage by one person. The king made a wheelbarrow for the purpose. Some time passed and the khwaja taught him nothing. Other disciples knew that the king had voluntarily renounced his kingdom, that he was not exiled or banished. They felt their master was being too hard by assigning him the job of removing trash.

“It’s been many months now,” they requested the khwaja, “let him be in your personal service. He deserves a better role.”
“He’s not yet ready for initiation,” he answered.
“But, he does his job so diligently! Pray, he was the king of this nation!”
“Test him if you don’t believe me,” the khawaja replied and went back to writing Sufi poetry.

The next morning when the king was carrying out his task, a senior pupil dumped a bag full of trash on his head and yelled: “You incompetent rascal! You forgot to clean my room!”
“Had I still been a king, I would have felled your head in one swipe of my sword,” the king replied. “But, I will spare you because I’m a simple disciple now.”

The matter was brought to the khwaja’s attention. The disciples argued that the king engaged in no violence and that he was certainly ready for initiation.
“Not ready! Not yet!” said their master. “The king living in his mind is still stronger than the disciple in his heart.”

A few more months passed and the disciples made another request citing the king’s exemplary conduct. This time too, they were told that the time had not come yet. And once again, they decided to test him to prove that he was indeed as ready as one could be. Another disciple kicked his wheelbarrow, littering the garbage around. Forming a fist, the king took a step towards the fellow disciple but stopped. He retreated, gathered the garbage and muttering something under his breath went about his way.

“Even we couldn’t be so composed,” the disciples argued. “Initiate him, Khwaja ji!”
“Not ready! Not yet,” he replied. “He’s given up the wealth and title, but not the kingdom. More work is needed before I can initiate him.”

One more year passed. It’d been over two years now and the king had not missed a day’s service.
“He’s ready,” the khwaja said to his disciples one morning.
“How do you know?” they asked.
“When I see in his eyes, when I watch his demeanor, I no longer see the king. I see a disciple.”
“What if he’s pretending,” one of them argued.
“Test him.”

Once again, while the king was on the way to dispose of the garbage, a disciple hurled a bag of rotting meat at him, accusing him of not doing his job properly. The king said nothing, showed no reaction, washed his face, collected the garbage and went his way. They reported the matter to the master.

“And that,” the khwaja said, “is the difference between politeness and humility. He’s more than ready now.”

Politeness is often nothing more than a projection of being humble whereas humility is true renunciation of a sense of being special. The former is a social etiquette at the most while the latter is a state of mind. Many polite people walk the spiritual path but only the humble reach the pinnacle of attainment. Think Buddha, Mahavira, Christ, Guru Nanak. Does not their humility strike you as one of the foremost traits of their personality?

One can have a cluttered mind and a dark heart and yet he can be an utterly polite person. In other words, with politeness one can portray a certain purity and character that he may not possess at all. Politeness is how we want others to see us. To be humble, however, is a different ballgame altogether. Humility is how we actually are. Only a simple heart can be humble. A mind that is unafraid of believing and dreaming, a childlike heart that is both sensitive and vulnerable can aspire to be humble. Think again of the enlightened souls I mentioned in the previous paragraph. Aren’t their lives and conduct an example of simplicity? That’s because simplicity and humility go hand-in-hand.

Failure to grasp this fundamental difference between politeness and humility is what trips most seekers. All the time I meet aspirants who have spent many hours in meditation but their focus remains only on the number of hours clocked and not on cultivating the essential virtues (compassion, empathy, humility etc.). As a result, they become increasingly rigid and carry about themselves an air of superiority and entitlement. It is missing the whole point of treading the spiritual path. When we evolve spiritually, we learn to respect and love others. Empathy and compassion flows out from the vessel of your life like the Ganges from Gangotri: constant and drip by drip.

Secretly each one of us feels we are important and special. A polite person often feels that he or she is more important and special than others. And most ironically, it is their politeness that evokes such feelings in them. Even humble people quietly harbor feelings of being special for humility does not mean that you can’t think highly of yourself or that you deprecate yourself. It simply means that while you see yourself as special, you give others the same right to feel that about themselves. Humility does not require that you strip others of their personal sense of entitlement because as I said earlier, it’s not a mannerism but a state of mind.

There are two ways to cultivate humility. The easy way and the hard way. The latter is often not in our control. It is when life puts us through suffering or springs up on us some nasty surprise that forces us to put things in perspective. Like life’s most methods, it is painful but transformational. It can smash our false sense of superiority in a single blow. The easy way is in our control. It begins by being a keen observer and a good listener. It is instilled by taking the time to know those around you. As you observe and listen, you’ll discover that you are surrounded by people who are talented and skilled at something or the other. These quiet ones don’t go around marketing their talents or staking any claims of being special but when they are in a state of flow, they are a sight to behold. In my vocation, I meet highly skilled musicians, artists, writers and poets all the time. While their skill fascinates me, their humility melts me more than their talent.

Think of someone very ordinary around you. Now go and take the time to know that person. You will be surprised at how special this person may turn out to be. It’s humbling. Try it any day.

A certain rabbi, on account of illness, couldn’t conduct the sabbath service in his synagogue he had been serving for years. A cantor led the service in his place that was attended by many of the rabbi’s students. At the conclusion of the event, they went to the rabbi’s home to check up on him.

“Rebbe!” said one of the students, “the cantor just couldn’t stop heaping praises on you!”
“What did he say?” he enquired with a glint in his eyes.
“He told everyone what a great scholar you are!”
“What else?”
“That you are man of spotless character.”
“That’s all?”
“Oh, he also mentioned that you are very wise, intelligent, witty and always eager to help.”
“Anything else?” the rabbi said with a smirk.
“He also declared that you are a model Jew.”
“What else?”
“I think that’s about it.”
“Did that ignorant fool speak nothing of how humble I am?”

Of little use are our prayers and practices if we can’t get over our sense of superiority, if we can’t see the goodness and divinity in those around us. Any spiritual attainment without humility vanishes quickly leaving the seeker worse off than ever before. In a rushed world where we promote competition, where we thrive on exerting superiority and authority for gains of all kinds, where humbleness is sometimes seen as a sign of weakness, the reality is that blessed are those who carry in their hearts the warmth of humility.

Be humble if you wish to be strong, for humility is the ultimate strength.